Kanga Pies: A Taste of Australia in Toronto 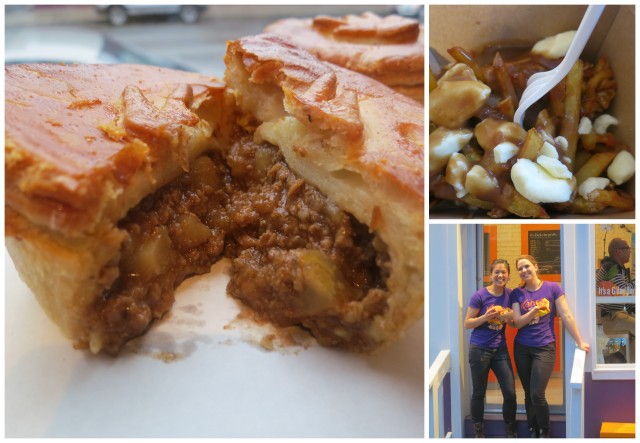 Meat pies rank right up there with some of my favourite food on this planet. What’s not to love about a buttery crust filled with spiced beef or creamy chicken? Nothing.

I first tried Kanga pies at the Delicious Food Show, and was hooked. Fast forward a few months later, and Kanga has their very first brick and mortar location!

Kanga makes flaky hand pies just like you would find in Australia. As the name says, these pies are made to be eaten with your hand, like hamburgers, after the bar. Preferably with one pie in one hand, and a drink in the other!

Founders Erynn Mayes & Megan Chan worked hard to create an authentic Aussie pie. A traditional Aussie pie is a minced beef pie with rich beef and Vegemite gravy. Kanga’s pies are encased in a delicious all butter pastry crust from top to bottom. 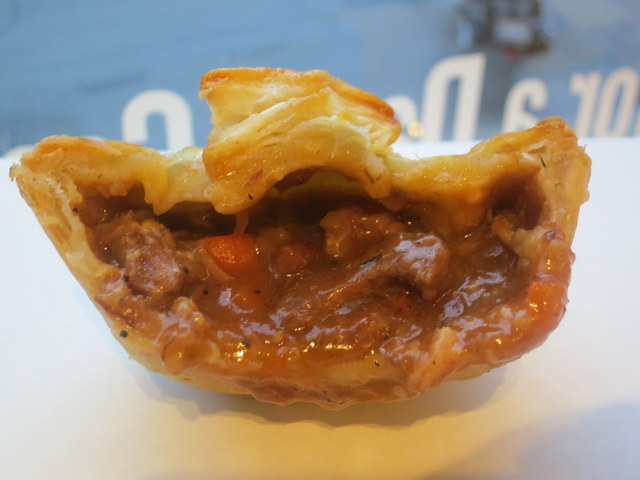 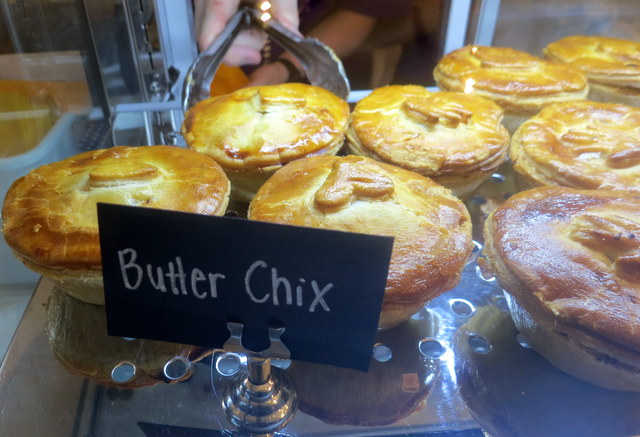 Butter Chix is a Indian style chicken curry in a creamy tomato sauce and it’s my favourite pie. 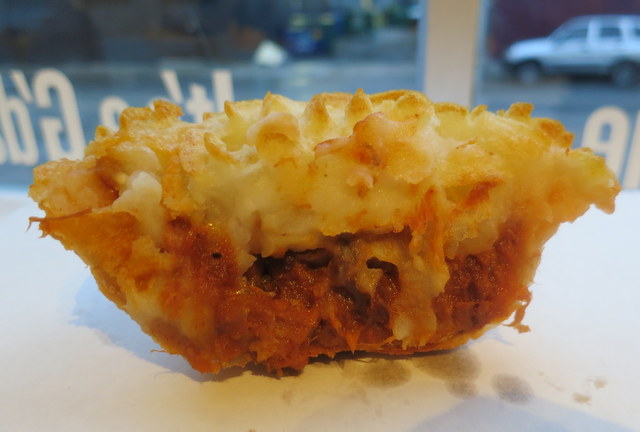 El Diablo is filled with slow roasted pulled pork, sweet BBQ sauce and mashed potato on top. It reminds me of a Sheppard’s Pie, and it was named by a Kickstarter backer! 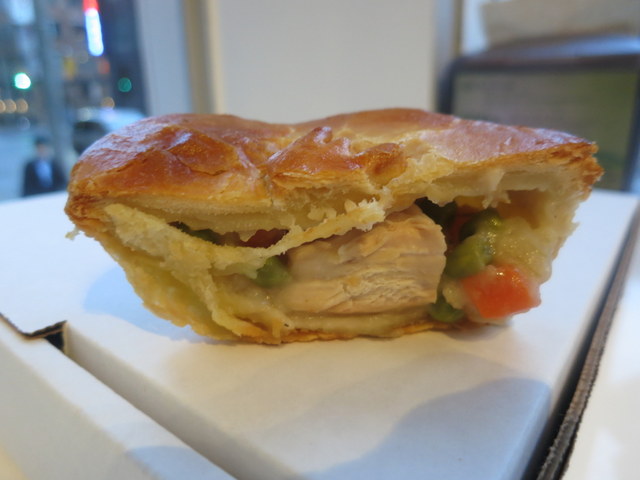 Mum’s Chicken Pie is also named by a Kickstarter backer. Chunks of chicken breast and veggies with a splash of “Tik Tok Pocketwatch” Chardonnay from Robert Oatley vineyards.

Kanga also has some killer vegetarian pies, including:

As if that wasn’t enough, you can also poutine your pie! 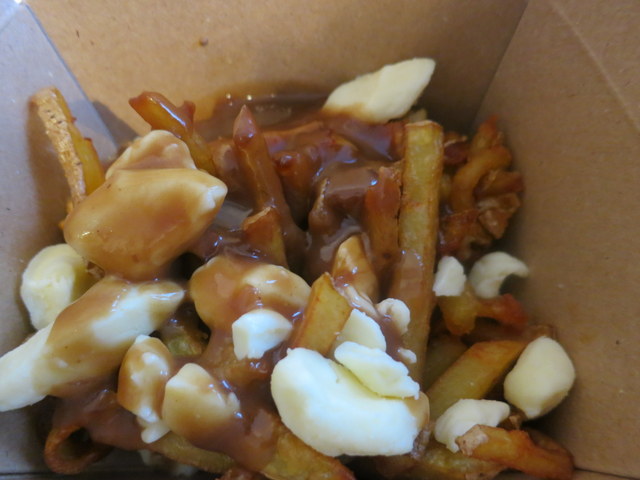 Yup, it’s just what it sounds like. Underneath that delicious mound of fresh fries, cheese curd and gravy is a pie. This is incredibly filling and oh so amazing. 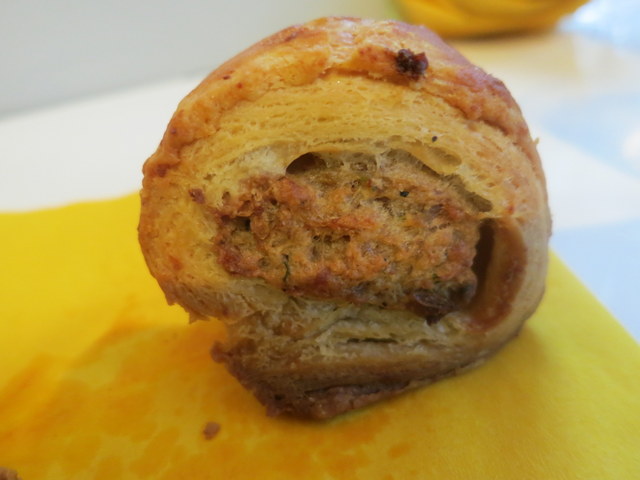 In addition to pies, Kanga will also offer sausage and spinach rolls. Above is the sausage roll, made with sausage from Sanagan’s Meat Locker. The sausage is everything you want a sausage to be- slightly spicy and full of flavour.

Kanga will be open at 7am and will offer a special breakfast pie along with locally roasted beans for their coffee drinks. Drinks include Australian specialties like long blacks and flat whites. 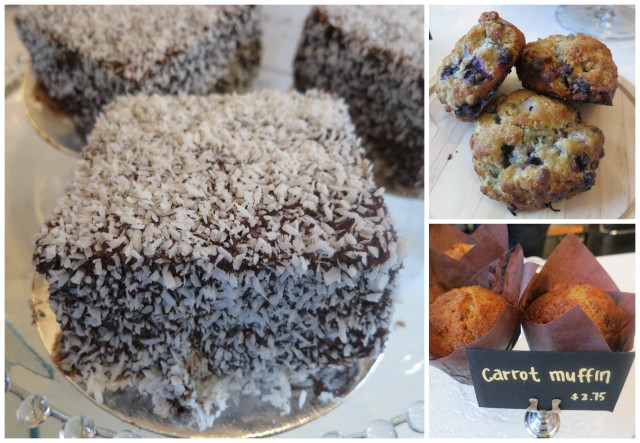 If you’re looking for something sweet to go with your hot drinks, they’ve got that covered as well. All treats are made in house and includes scones, muffins and cookies. I can personally vouch for their chocolate chip cookie- you won’t want to miss it.

It’s hard to believe that so much awesome is packed into a tiny space, but it’s true! Check out their menu and pop by to try a pie. You won’t be sorry!

Kanga can be found at 65 Duncan Street, Toronto ON.

The Stop Night Market is around the corner! 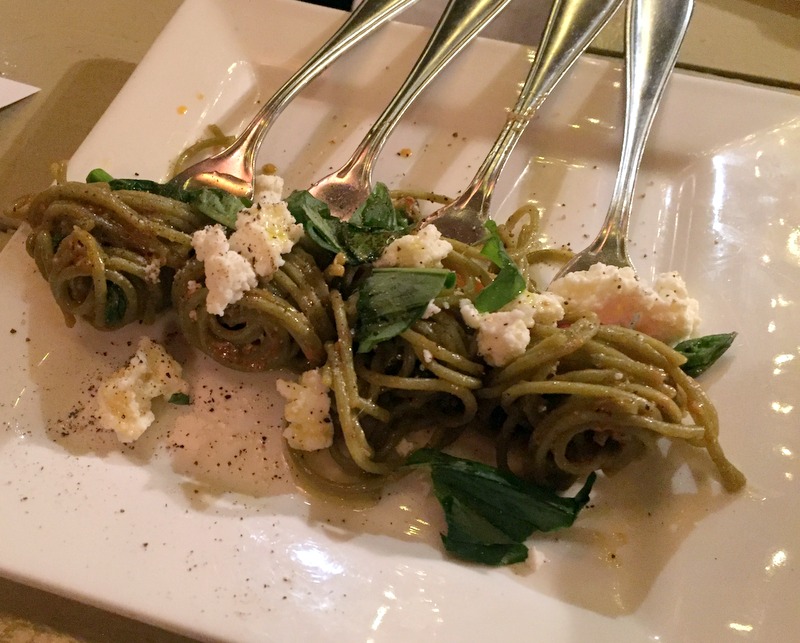 My Top Picks for Luminato