On the night I chose to get my Turducken, it was the day after the ice storm had totaled Toronto. Our Turducken was waiting (anxiously, maybe?) for us to pick it up from Markham.

After a long drive without stop lights or streetlights, we arrived to find out that the wrong Turducken had been placed on hold. Not only that, but as it was merely days to Christmas, we were unlikely to find a store with a classic Turkducken in stock.

Undeterred, I kept trying until I found a store that had one- in Thornhill, arriving 10 minutes before closing time.

So yes. This is what I was doing while the GTA was losing power. I would feel a bit guilty except the Turducken was so good that it basically took away the guilt. 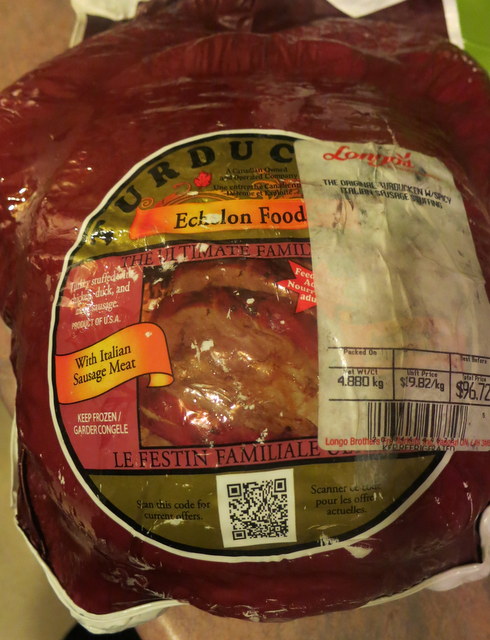 At this point, you may be wondering what the heck is a Turducken? This amazing roast is a duck stuffed in a chicken, stuffed into a turkey.

Everything is deboned except for the wings and legs. In the middle is your choice of stuffing, either Italian sausage or chicken apple sausage.  Crazy, right? It’s made by Echelon Foods. All of this luxury does come at a pretty steep price. Mine was $96.72 at Sobeys, but it can feed up to 12 people!

I followed the cooking directions online to help me get through this. Luckily, it was pretty easy! The bird is already marinated and seasoned. All I had to do was figure out how long to cook it for. I cooked it in the oven at 220F. My Turducken was almost 5 pounds…so it cooked for about 7 hours!

It’s important to note that the Turducken had been defrosting in the fridge for at least a day. Don’t cook a frozen bird! 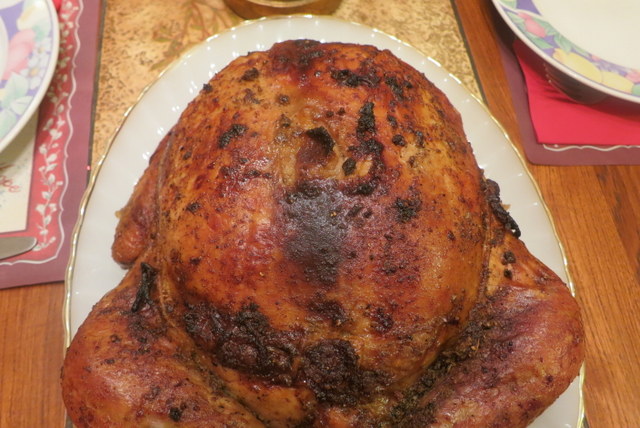 There it is! I may have left it in for a tiny bit too long, but I think it came out well! Did I mention that this was for Christmas dinner? Everyone was really excited when it was done. 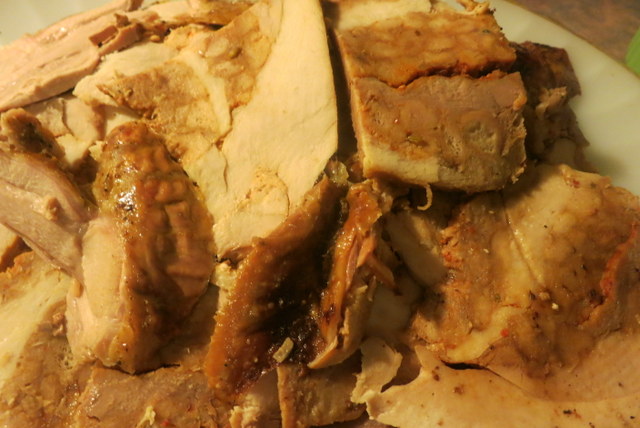 Now, there is a cooler way to cut this so that you can see the cross section of meat more clearly, but I was really excited to eat it. It was delicious and really rich. I enjoyed the sausage stuffing. My one tip would be to add extra spices to the bird to kick up the flavour a little bit. 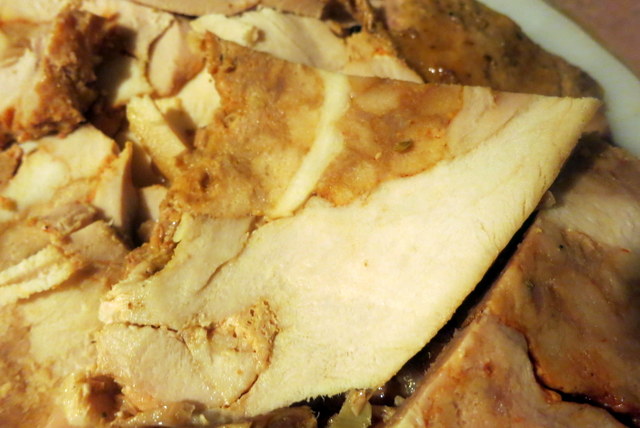 Yum! Turducken pot pie, anyone? You can get your Turducken as a classic like I did, or try the roast or even burgers! Check out http://www.echelonfoods.com for more info!

Dinner in a Flash with Rose’s Family Meals