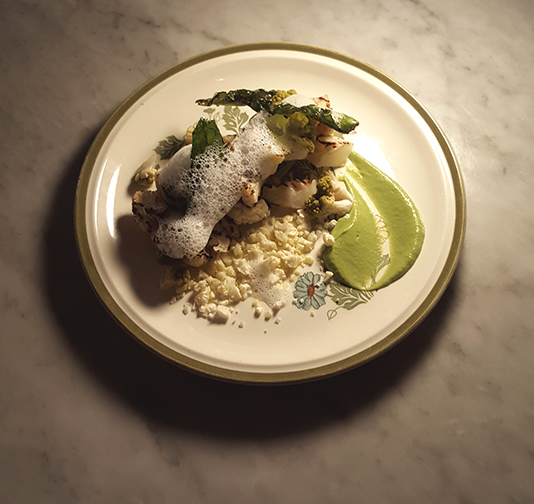 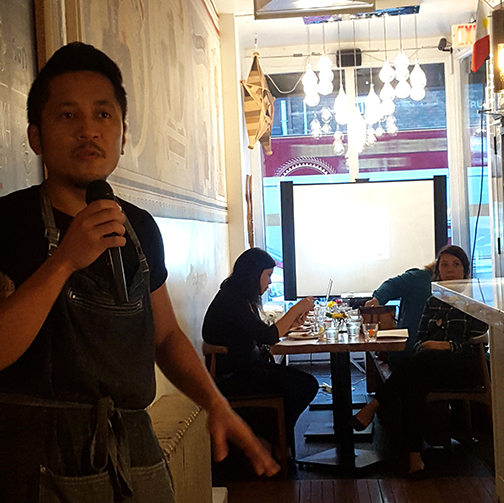 Fall is in the air, my friends. Even though the leaves haven’t yet fallen, you can tell by the season-themed lattes about. Luckily autumnal change isn’t limited to tropospheric shifts. At Lamesa, arguably one of the best takes on Filipino food in Toronto, they’re switching things right up with the Fall/Winter menu of new Head Chef Daniel Cancino. He’s taking dishes he grew up with to contemporary levels, all wrapped up in stylish culinary daring. 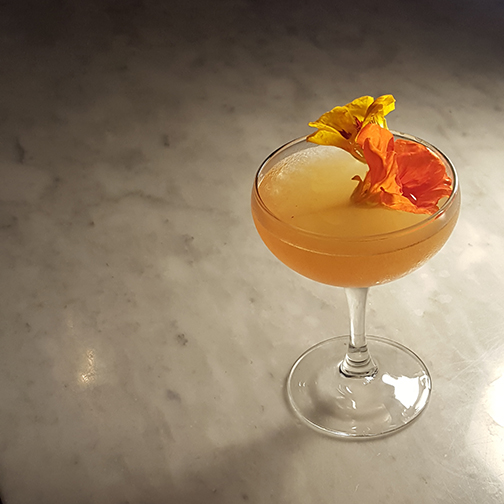 During the preview of said new menu, I had the chance to taste some delectably creative new dishes and drinks. The best of the latter was a fragrant Boracay Breezy, made with a few deep-toned rums and fruit liqueurs- with a homemade Ontario peach variety being the standout flavour. I loved this cocktail so, it had an expectedly gorgeous hue to boot.

The Tuna Kinilaw was the savoury dish standout in this girl’s opinion. The Kinilaw is ceviche of fresh albacore tuna made with a coconut calamansi vinaigrette and spicy fresh chilies. I’ve never been a fan of ceviche, but this dish burst with unexpected and welcome flavours. 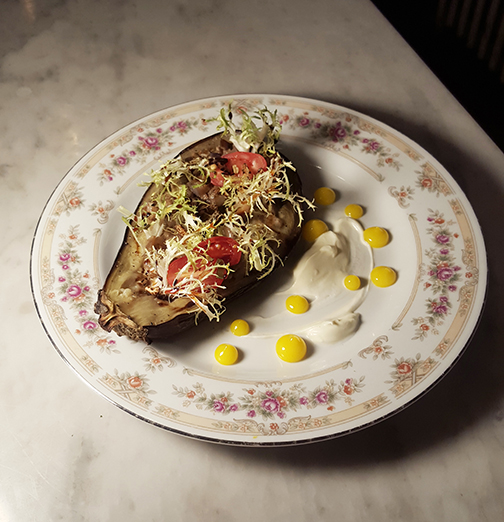 Another favourite was the Ensaladang Talong: a roasted eggplant salad displaying an innovative take on a common side vegetable in Filipino cuisine. The eggplant was roasted to a near-caramelized perfection, and the addition of crème fraîche, salted egg, puffed wild rice and sweet soy really added depth of flavour. 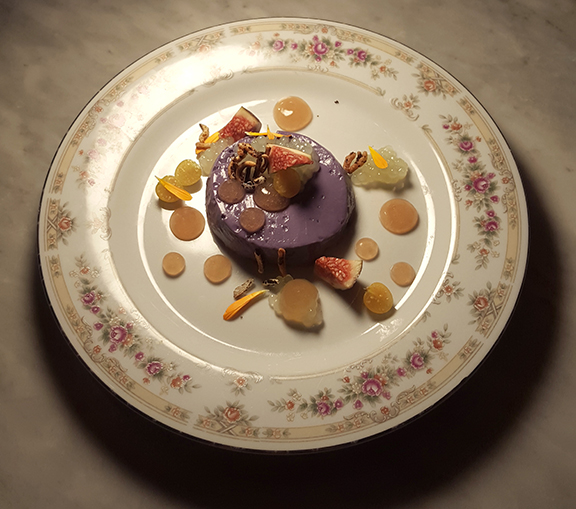 But the highlight of the evening was the Alice In Wonderland (self-described…but just look at the photo) themed dessert, the Ube leche flan. The sweet purple yam custard was beyond delicious- and the colour of sun-struck violets, dappled with oranges of apple tapioca and reds of pomegranate slices. A dusk-dark fall evening. A sprinkle of puffed wild rice provided a nice counter to the subtle creaminess of the custard. I would go through the looking glass a couple more times given the chance. 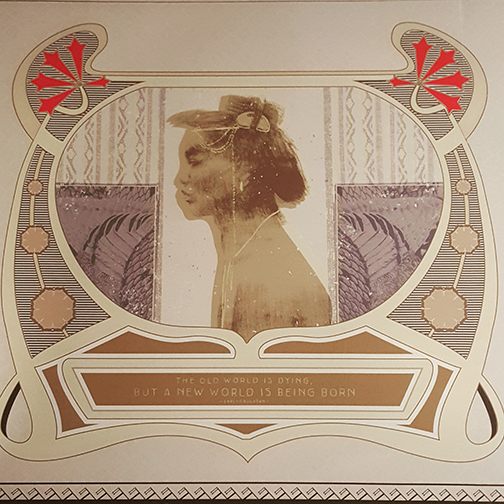 The space is as interesting as the tastes- artworks by local Filipino artists adorn the walls, with new murals on the way. Adding to the charm and old/new contrast of the environment was the secondhand-sourced dinnerware. Put Lamesa Filipino Kitchen on your radar, especially if you’re looking for a modern twist on tradition.

Lamesa is at 669 Queen Street West.

Stephanie is a Marketing Coordinator by day and freelance Graphic Designer by night. Reach her at stephanie.penev@gmail.com or on Twitter: @lowercity