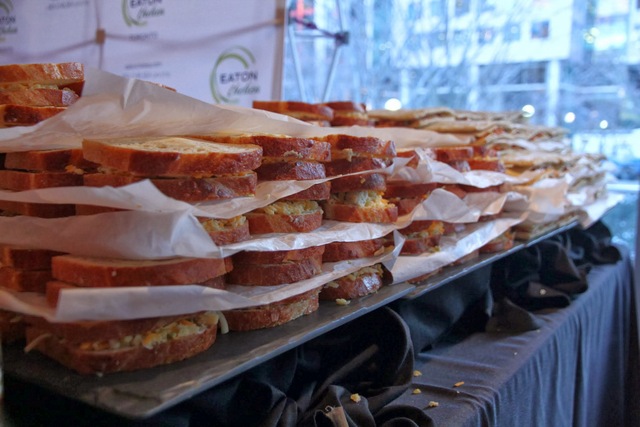 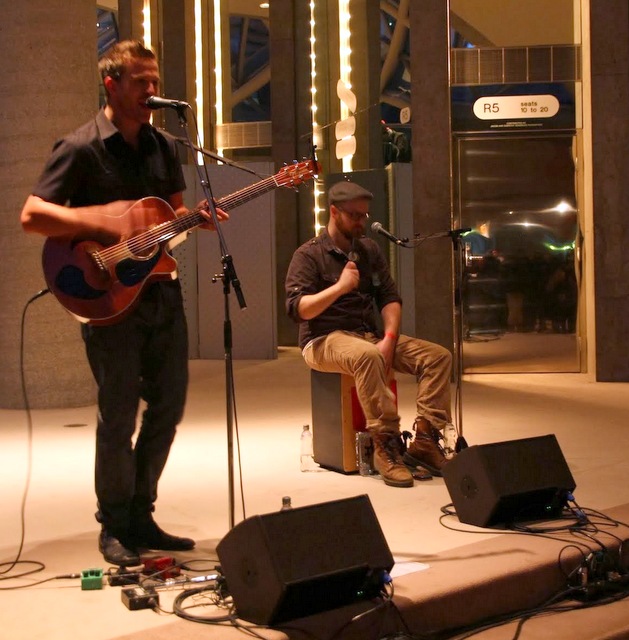 Last weekend I attended the Grilled Cheese Festival and ate many, many grilled cheeses. The festival was held at Roy Thompson Hall, and featured beer, soup and of course, grilled cheese. Here are some of my favourite grilled cheese sandwiches from that night. 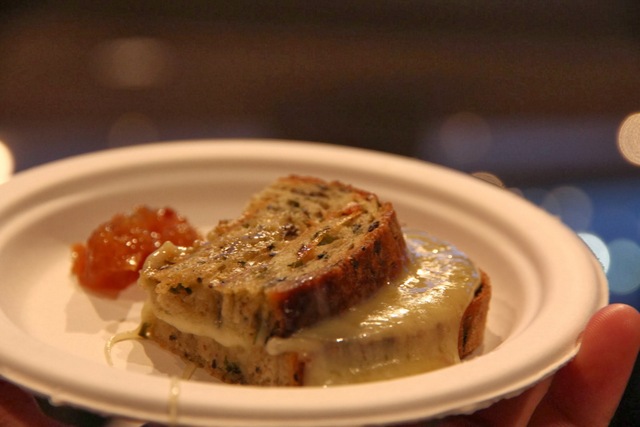 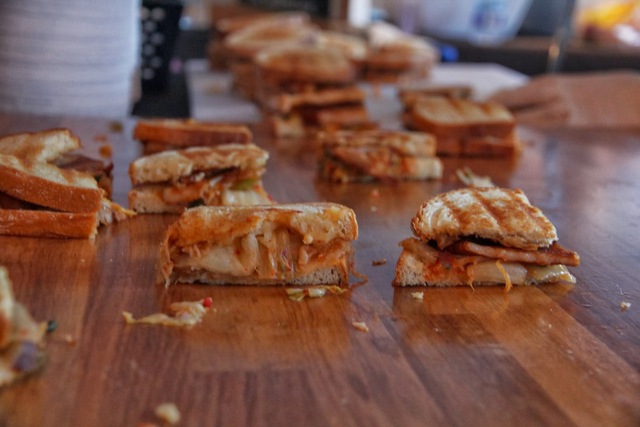 Now, as mentioned,  this event had beer, grilled cheese and soup. Next is the one sandwich that managed to combine both beer and cheese! 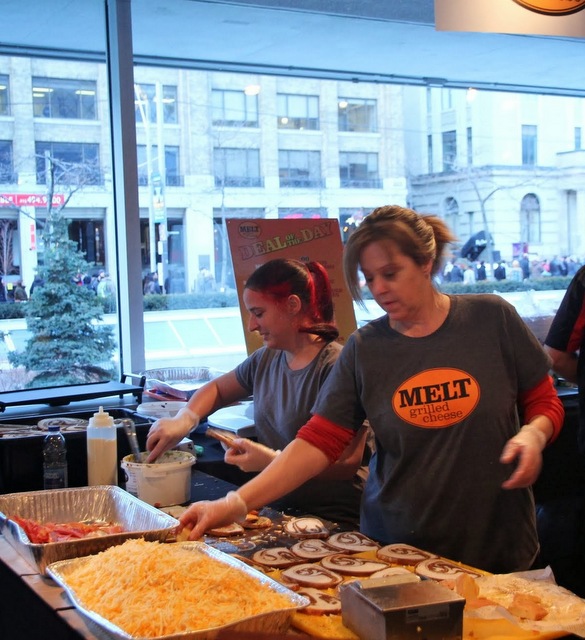 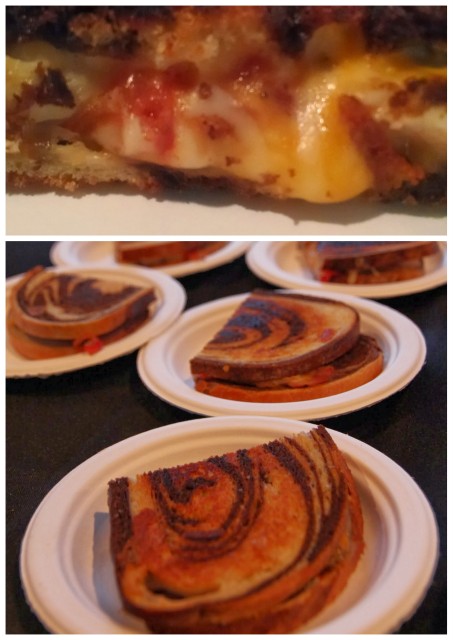 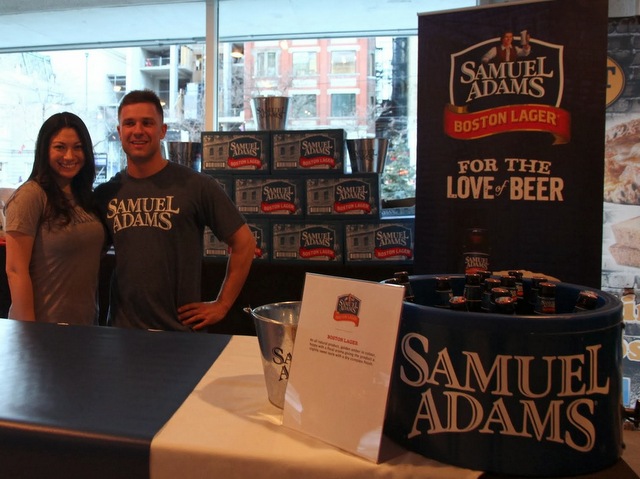 How was this magical cheese made, you ask? I spoke with Afrim Pristine from the Cheese Boutique to find out more.

Oka cheese is a complety Canadian cheese. In fact, this cheese was originally manufactured by Trappist monks in Oka, Quebec…and is still made there. It’s been around for 140 years!

To make this cheese, Afrim sous vides (I’m not going to lie, I had to look that up. It means that the cheese wheels were sealed in a airtight plastic bag with the beer.) the wheels in the beer for 2 hours, which infuses the cheese quickly.
The cheese is a washed rind cheese, so the beer adheres very well to the rind. After that, he washes the cheese for 30 days, daily in the beer.

Wow! That’s a lot of hard work, and it’s worth it. You can really taste the flavour that the beer lends the creamy cheese. 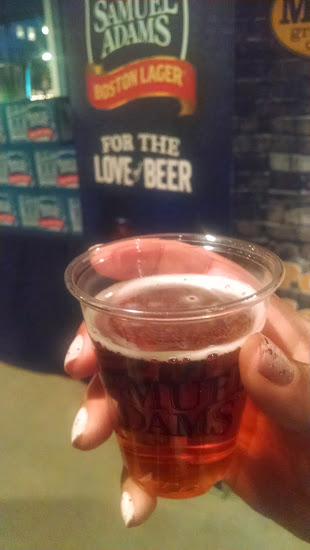 Cheers to a great combination!

The festival may be over, but this cheese is still available at the Cheese Boutique. Why not make you own grilled cheese, and then wash it down with Samuel Adams for good measure. The Tattooed Chicken is also available at MELT if you want to try it for yourself!

Oka cheese was originally manufactured by the Trappist monks, who are located in Oka, Quebec, Canada.