YamChops is an innovative, family-owned and operated new eatery in Little Italy whose claim to fame is being Toronto’s first, and one of the world’s few, vegetarian butchers. What sounds like an oxymoron is serving to create buzz in Toronto’s food community, cause this definitely isn’t a place that plays by the rules. 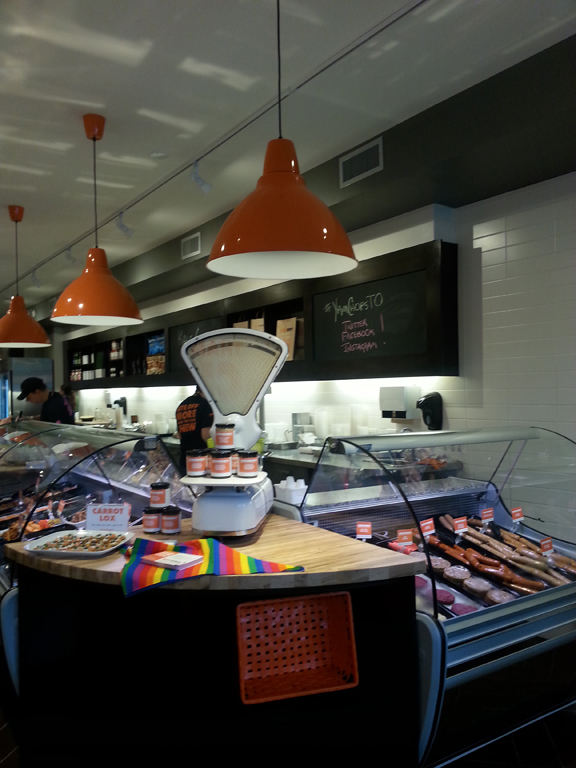 On entering the space, it’s clear that YamChops have developed a fun, fresh and vibrant brand, with their signature orange splashed over everything from the lamps to labels and even naturally in one of the signature deli offerings, Carrot Lox- exactly what it sounds like, with no fish in sight. Instead it’s thin slices of marinated and baked (you guessed it) carrot. 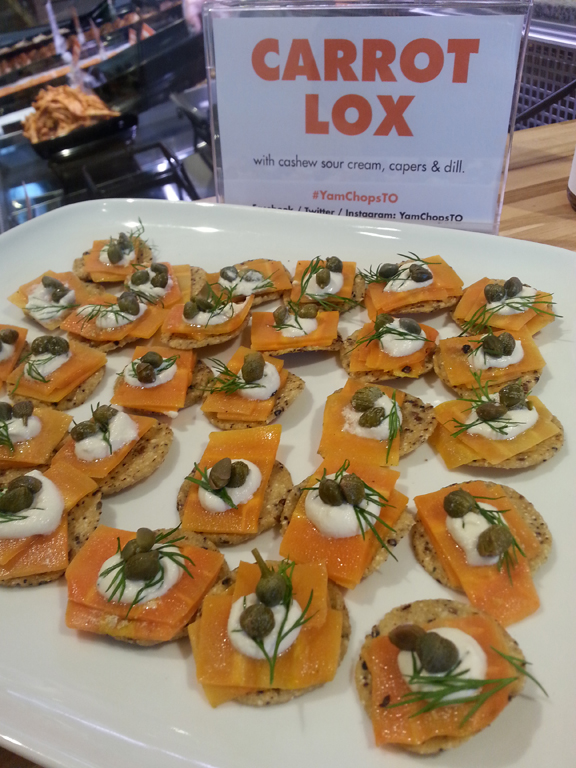 Served on grain crackers and topped with cashew sour cream, capers and dill, this was an unusual but welcome first bite for my guest and I at YamChops’ launch event. 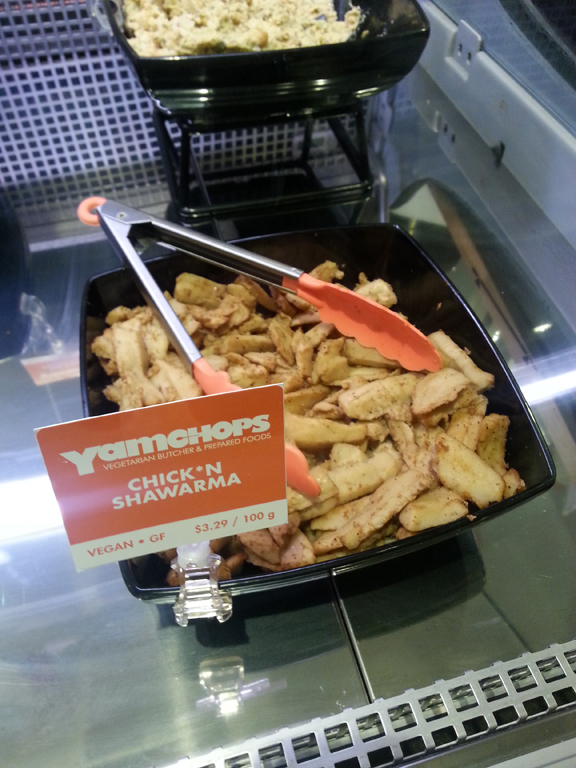 Next we tried the Chick*N Shawarma, which was tasty and in small quantities I can say I would eat again. Soy, like too much indulgence, is a dish best served rarely but with style when you do partake!

But I digress…I imagine the well-seasoned slices of TVP warmed up, would be even better. Lucia, an employee, said that they would be setting up appliances for heating deli food on site: a good bet for these mock meats. 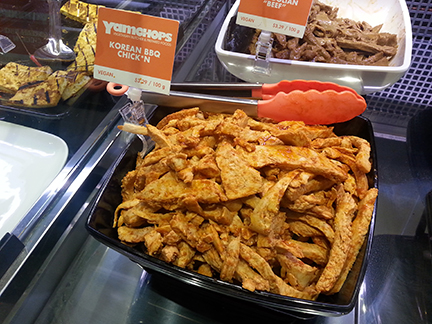 In the same boat/deli case was the Korean BBQ Chick*N (spiced with Korean chili paste) and Mongolian “Beef” (inspired by a dish from P.F. Chang’s!) Both were tasty enough, but the real winner of the bunch was the No-Pork Pulled Pork, a tangy and citrus-tinged cabbage concoction that was a flavour explosion. 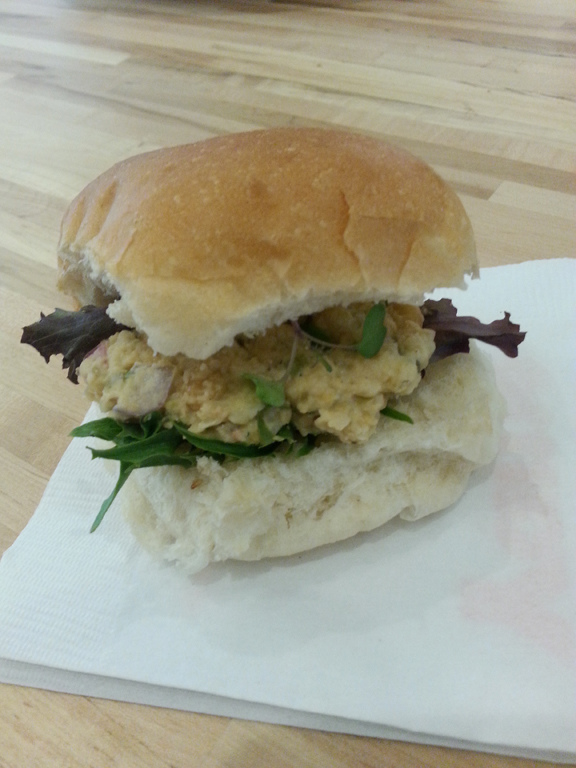 The chick-pea-based Tuna-Less Tuna was a subdued but still yummy follow-up, with the tiny caveat that more lemon would help add some needed flavour. 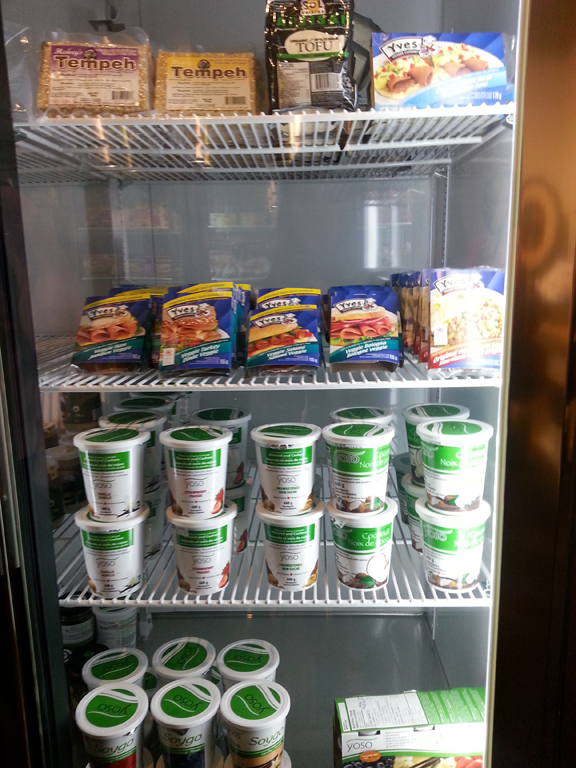 We spent some time scouting the specialty products on offer throughout the shop, including the most varieties of Yoso Cultured Coconut I’ve ever seen. I love this brand so this was a nice lil surprise. If you’ve never had it, you must try! 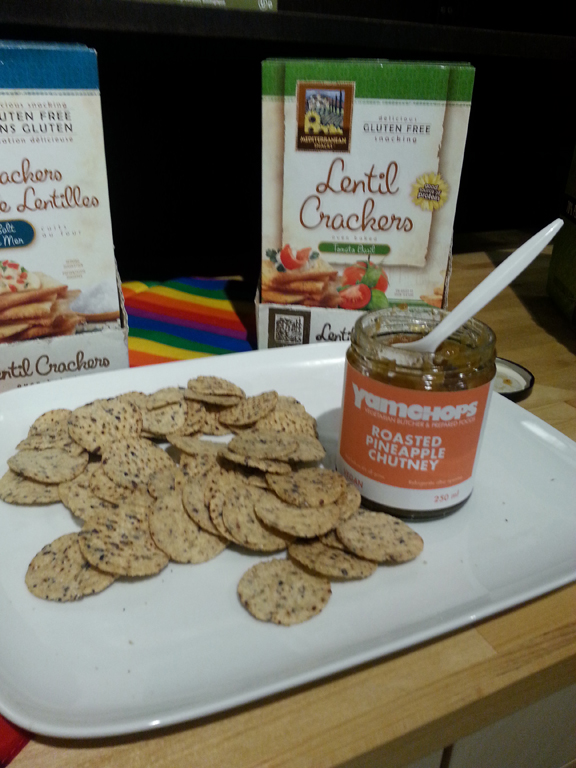 My guest LOVED the Roasted Pineapple Chutney—he ended up buying a jar to take home. 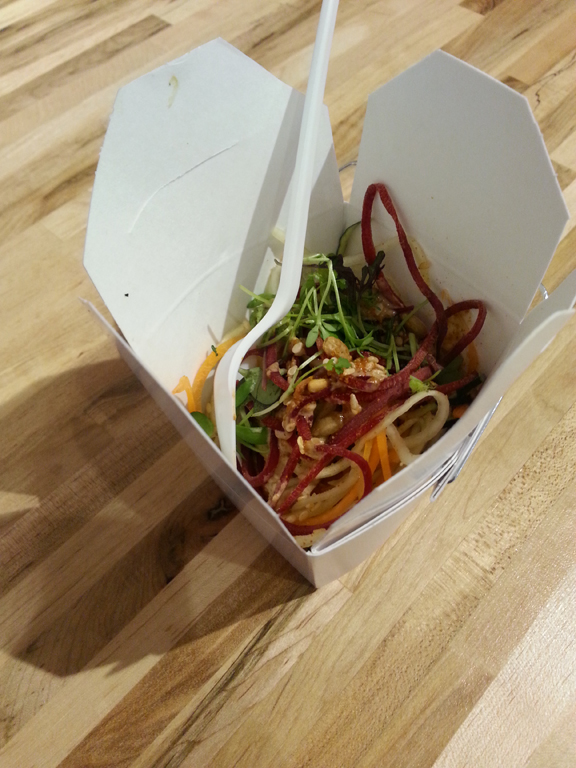 The Raw Pad Thai was very tasty indeed, with a sweet and nutty flavor undertone, and none of the greasiness of the regular dish. 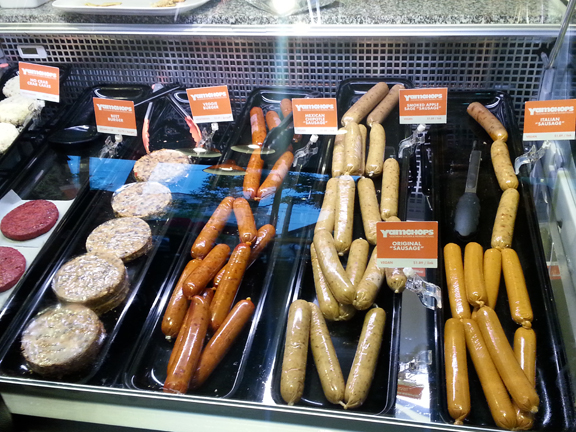 On top of all this practically homemade deliciousness, they have a “meat” counter for take-home plant-based burgers and sausages, plus a cold press juice line with my so-far favourite, a minty Pineapple Express, as well as a killer Almond Milk (hint: cinnamon). 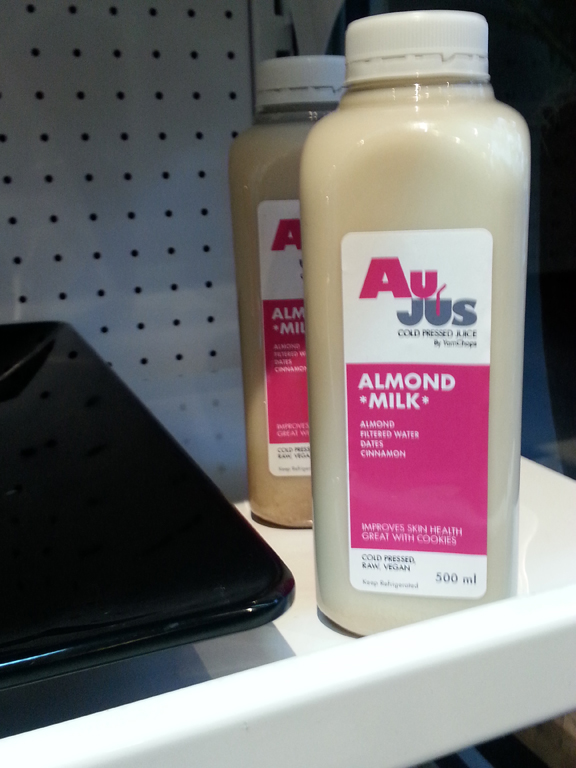 I enjoyed YamChops’ fresh twist on vegetarian and vegan in the city, and their line of delicious juices. They’re a welcome addition to Toronto’s ethical food options, and the many ways to enjoy their goods help sweeten the deal: diners can get “storefront to-go service, lunch box / office / home / juice deliveries and catering”. 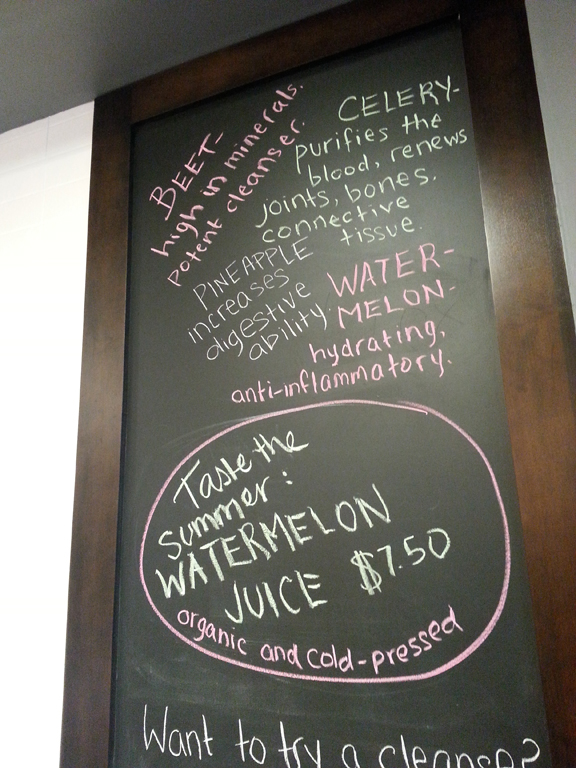 Stephanie is an Executive Assistant by day and freelance Graphic Designer by night. Reach her at stephanie.penev@gmail.com or on Twitter: @lowercity

Stephanie is an Executive Assistant by day and freelance Graphic Designer by night. Reach her at stephanie.penev@gmail.com.

Fitness with a ballet twist at the Extension Room