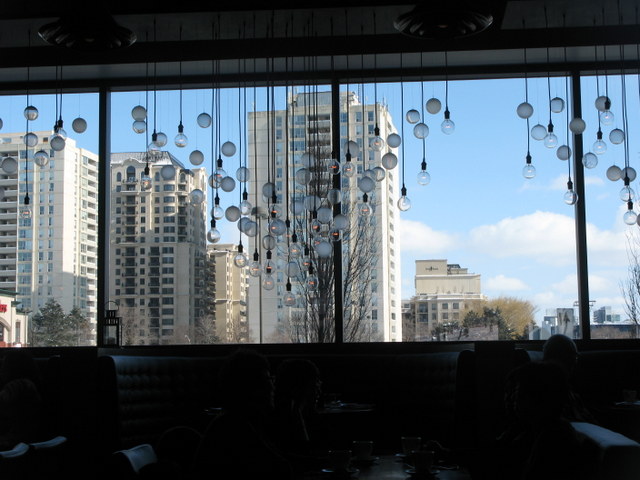 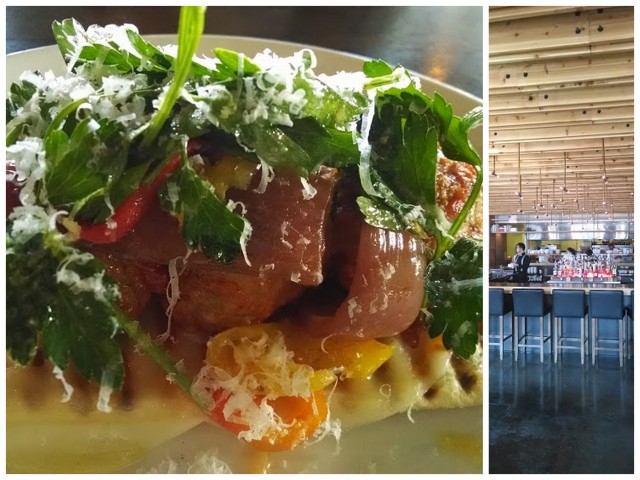 This was my first time at Origin North, and I wish that I’d had a better experience. I decided to go here with a friend during Winterlicious for lunch.

I liked their decor, the beautiful space and partially open kitchen. 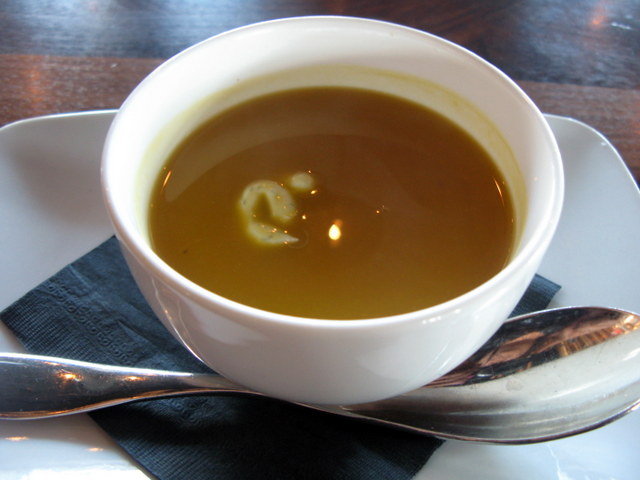 For my appetizer I had the Butternut Squash soup with yogurt, mint and apple. It was okay. Not as creamy as I expected and it tasted a bit like curry. 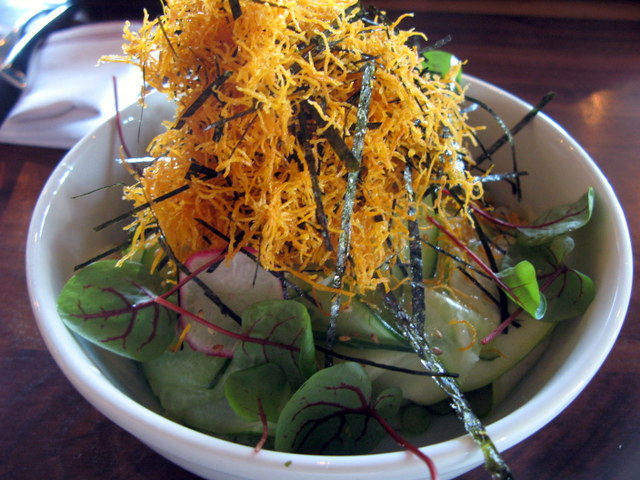 My friend had a really interesting looking Sparta salad with yuzu, miso and sprinkled with toasted sesame seeds.

When our mains finally arrived, it seemed like the entire restaurants mains arrived, regardless of when they had arrived. To the point where people seated much later than us got their food at the same time at us.

At this point, we knew that we would have to order our desserts fast to get back on our schedule. When the mains arrived, we ordered our desserts to go. 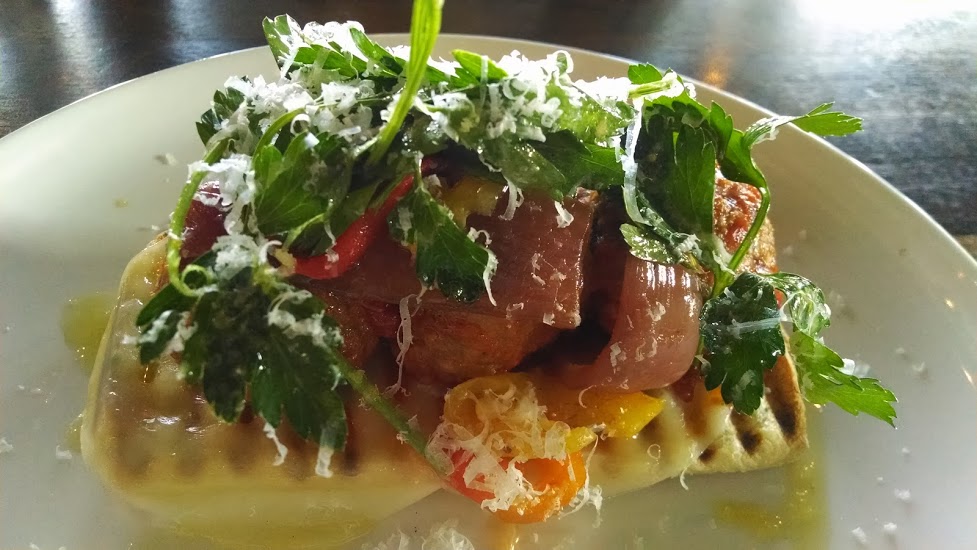 I had an open faced Meatball Sandwich on ciabatta with tomato, peppers and provolone cheese. The food arrived lukewarm, which was a bit disappointing after waiting for it for so long. I liked the pork meatballs, they had a nice flavour. I also liked the sweet onions they were topped with. 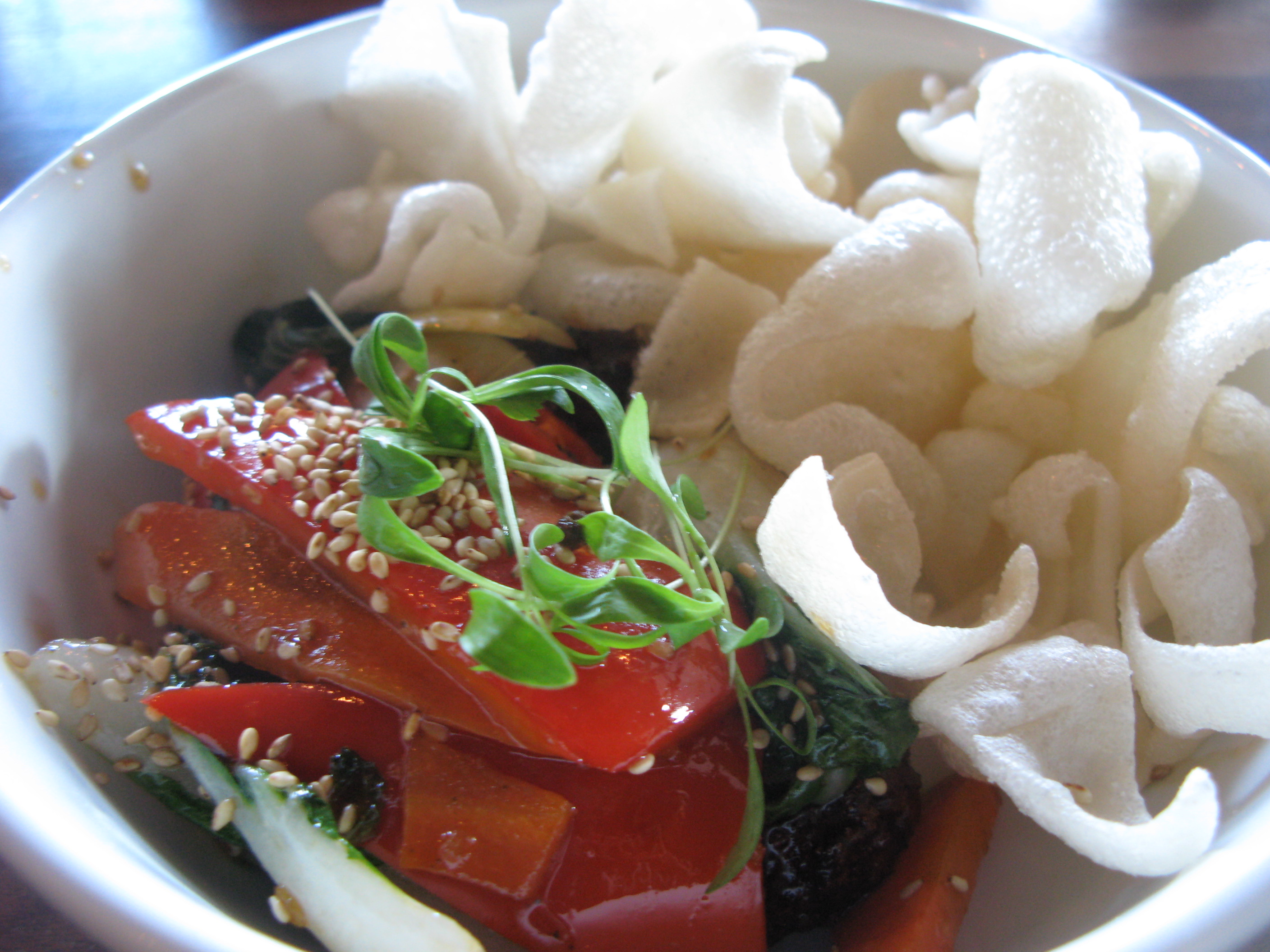 My friend had the Sweet Chili Chicken with shrimp crackers, red peppers and chili. She thought the amount of chicken was more snack sized than lunch, but liked the flavour.

After our meals were finished, we waited forever for dessert to arrive. Despite asking our server to pack it up for us before we began our mains, it was still nowhere to be seen 20 minutes later.

We actually had to pack up and leave because it was taking too long. On our way out, I expressed to the manager that it had taken way too long. She didn’t seem to care very much and didn’t offer much apology. When we were almost out the door, our server ran after us with our dessert. 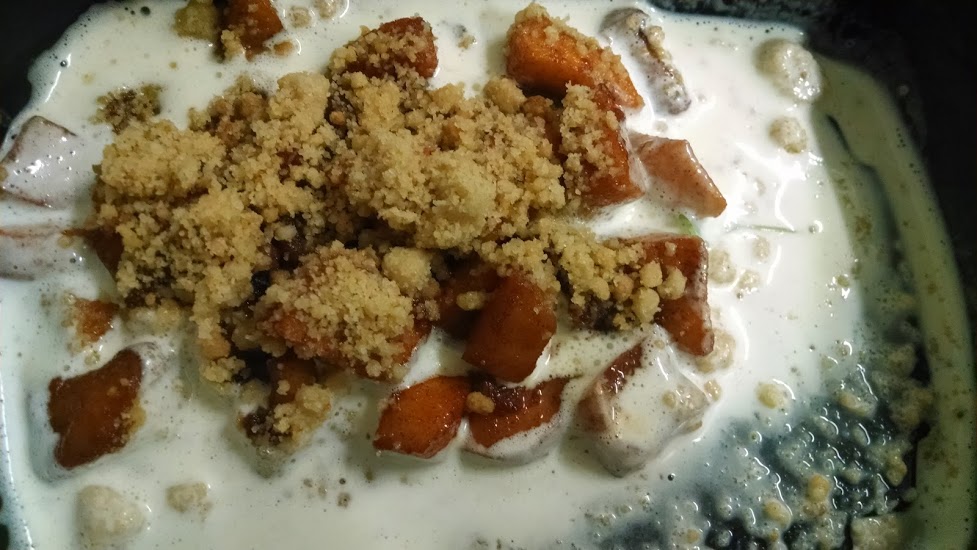 Despite asking for the dessert to be packaged separately from the ice cream, I had this sad dessert waiting for me when I got back. To be clear, I know that ice cream melts. I thought they would put it into a small container or to-go cup so that the heat from the cobbler wouldn’t melt the ice cream. Nope.

I won’t be heading back to Origin North anytime soon. The food is okay but they need to learn how to manage a busy lunch hour.

The best Indian buffet in the GTA