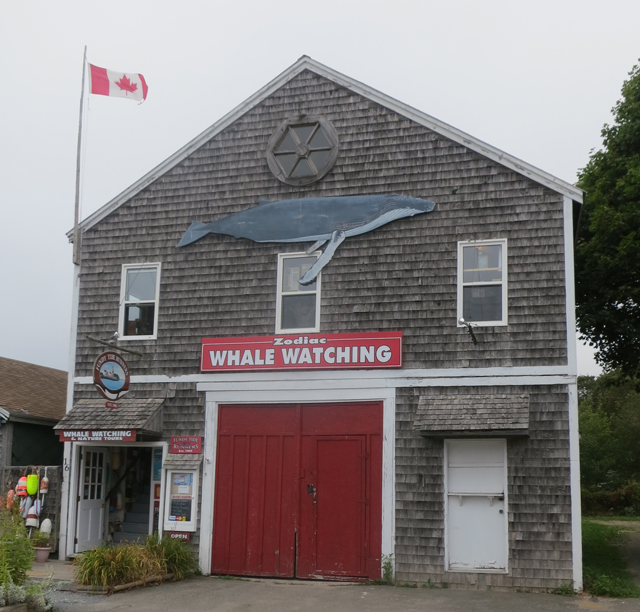 The morning that we were supposed to go whale watching, with the Fundy Tide Runners, it was cold and skies were gray. Captain David Welch deliberated if our small group should go or not. He eventually decided that we should. The Captain has 45 years of water experience, so I trusted his judgement! I was really glad we went, as it was my last day in St. Andrews.

Bright orange suits were rolled out, and I then got my first shock of the day. We were going in a zodiac boat. I had been whale watching before but always in a boat. So this was new. The suit was actually a Mustang© life preservation suit, and it covered us from head to toe. 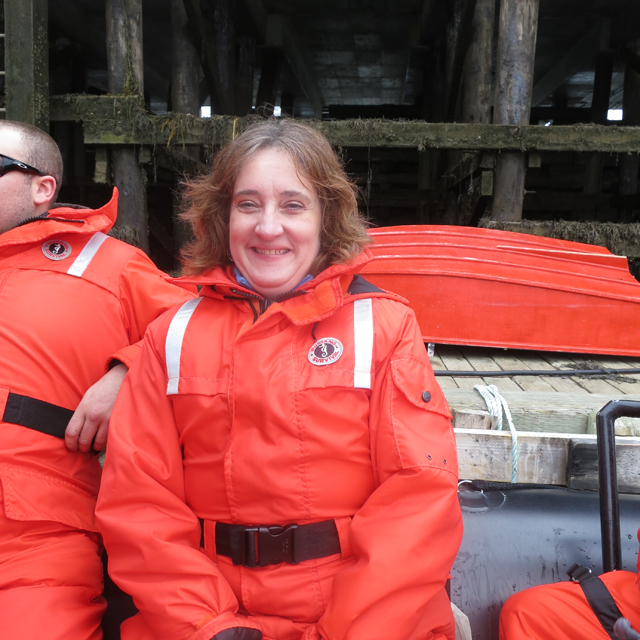 Like this! My awesome guide agreed to pose for this pic. 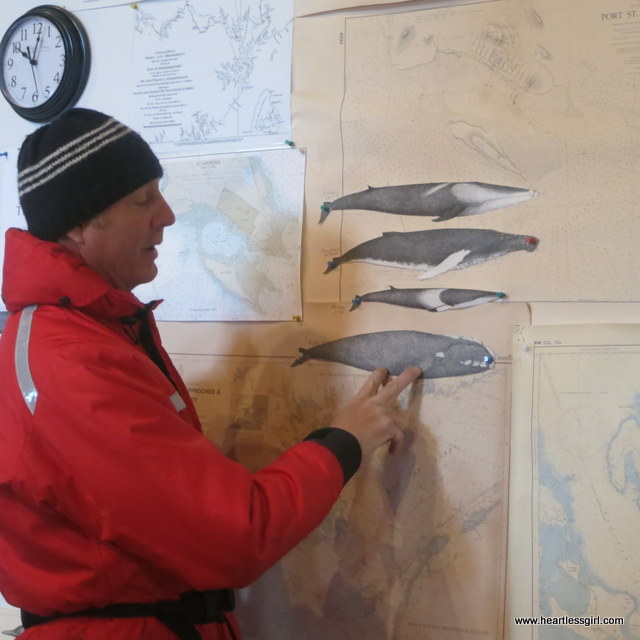 Before we headed out, the Captain told us what to expect. “The whales we would see today would most likely be Minke whales and Finback whales.” It hadn’t been a good summer for Humpback whales, so we probably wouldn’t see those. 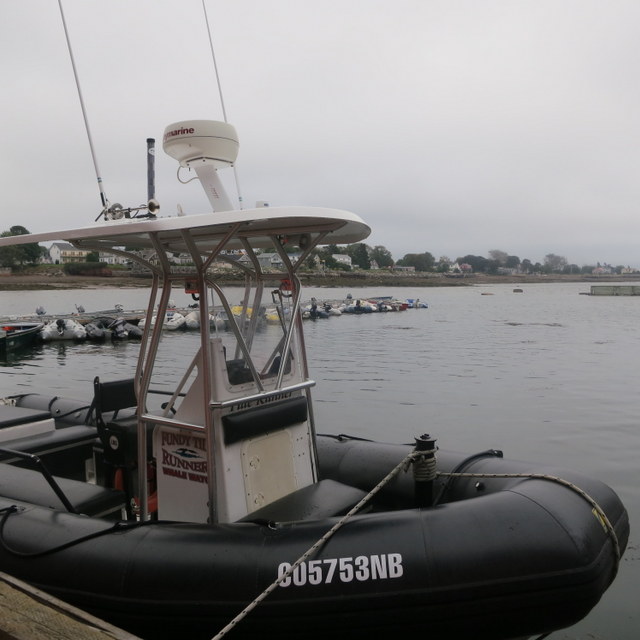 Finally it was time to load into the custom made Zodiac to check out some whales!

We traveled for about eighteen minutes in the incredibly choppy waters. The waves were only 3 feet tall, but they felt like 6 feet! We did get splashed by the salty Atlantic water occasionally, and I was really grateful for my warm orange suit.

When we arrived there were other whale watching boats cheerfully radioing out boat to tell us where they’d seen whales that morning. I was really impressed with the comradeship among the tour operators and the easy way that they were sharing information. 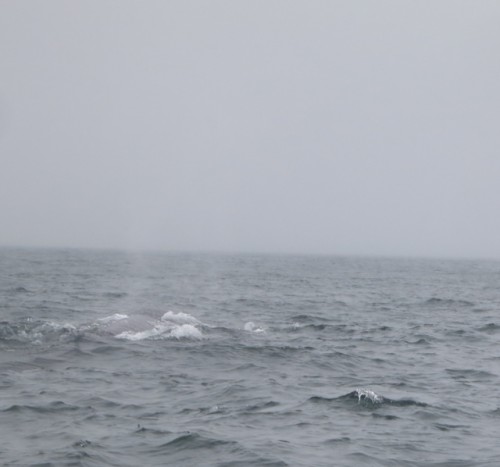 We were taught how to spot when a whale blows. The blow is when the whale sends out a jet of water through it’s blowhole- a sure sign that whales are near.
The afternoon was a lot of fun! Everyone went into a flurry of activity and snapping cameras when a whale would surface and then vanish below.

Although we didn’t see a whale leap over our boat or anything like that, it was majestic to see the Minke whales and to know that they were sharing the water with us. Minke whales can be up to 30 feet long! 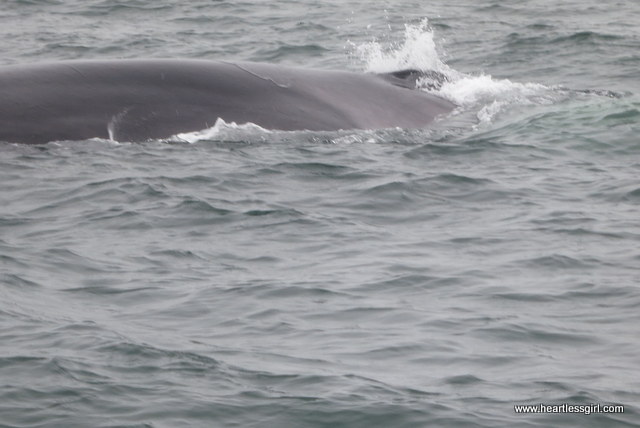 It was pretty hard to take photos, so this is my best one! Do you see him? Whales weren’t the only creatures in the water. We also saw tiny dolphin like Harbour Porpoises. They were so cute!

If you ever go to St. Andrews, I would absolutely recommend Fundy Tide Runners. You’ll have a whale of a time. 😉

My only suggestion would be to go in the warmer summer months. That way, you’ll be able to see Harbour Seals,  Atlantic Puffins, Bald Eagles, Razorbill Auks, Black Guillemots and other pelagic sea birds. 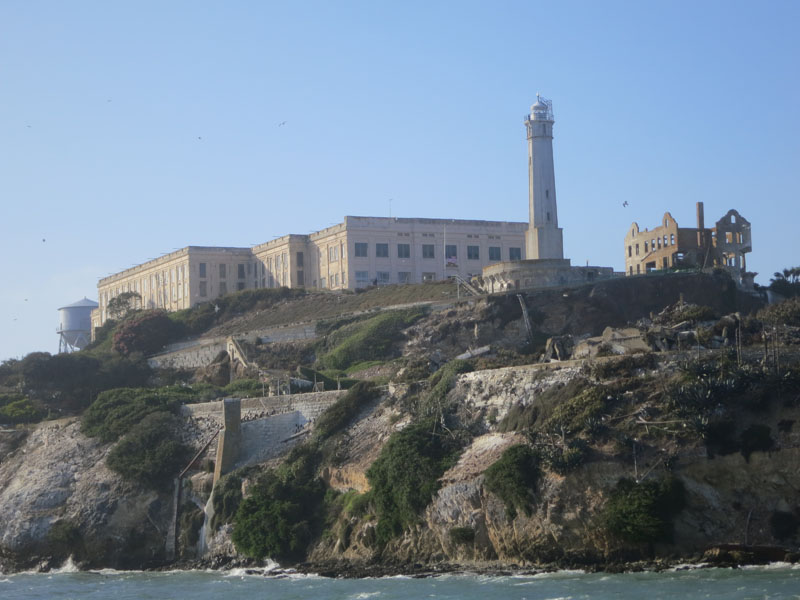 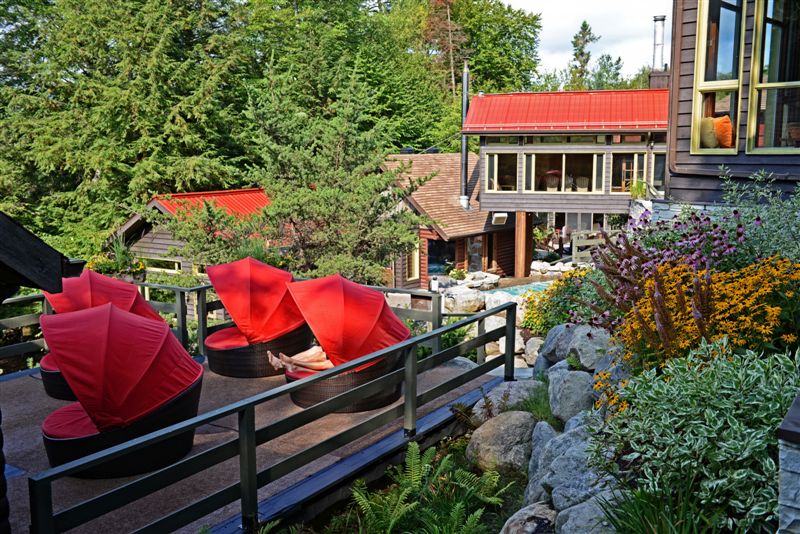 Relax at the Scandinave Spa Mont-Tremblant