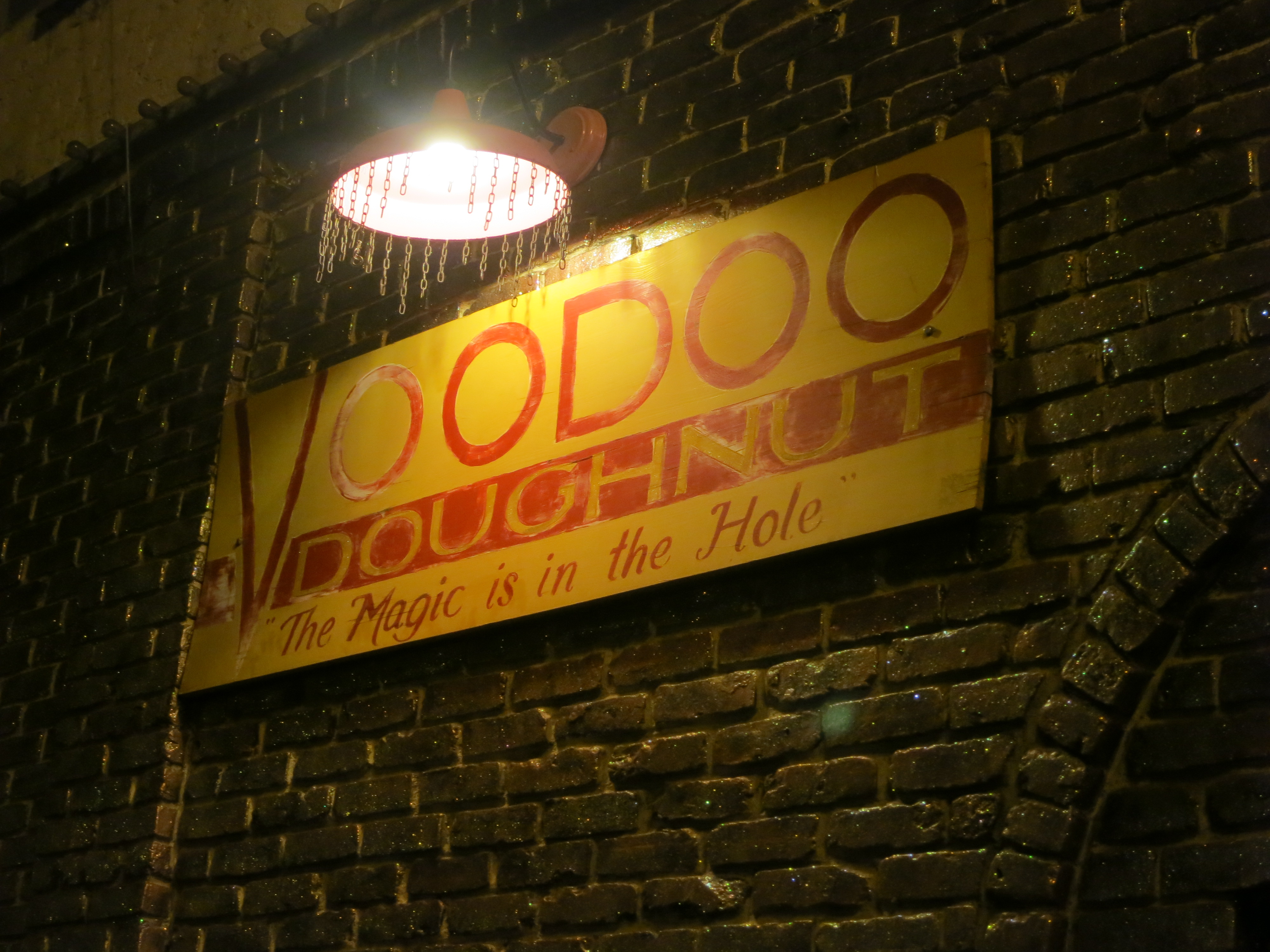 Voodoo Donuts in Portland was an adventure. Just getting there was an adventure in itself. We walked down Burnside, (which was a unique street, that’s for sure) after watching Fourth of July fireworks. I had noticed that Voodoo Donuts was open 24 hours, which seemed crazy to me.

Burnside led us past many girls dancing in front of windows and the home of Scientology, where we spoke to a nice woman. Eventually, we arrived at a glowing pink sign and a huge line. 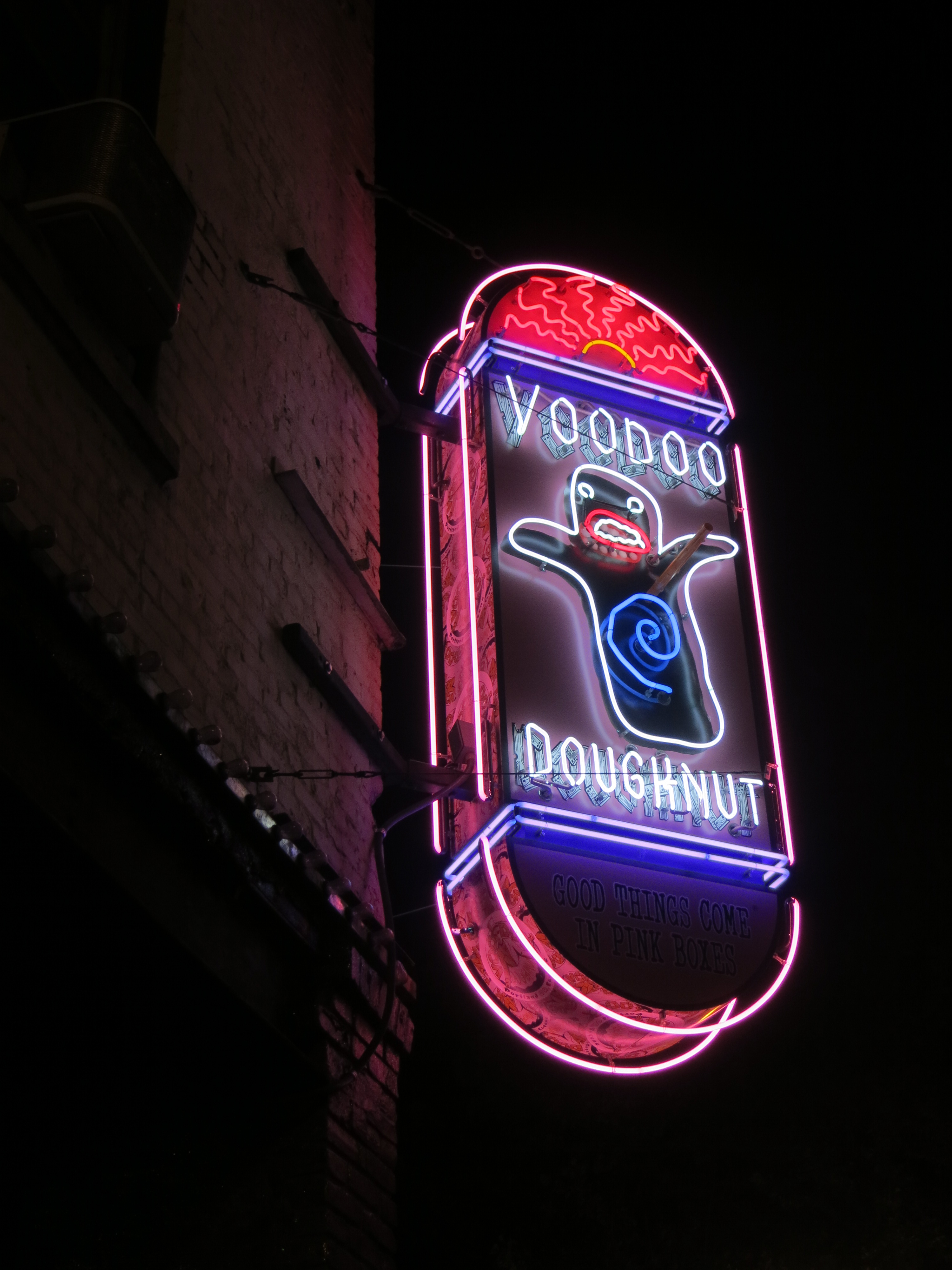 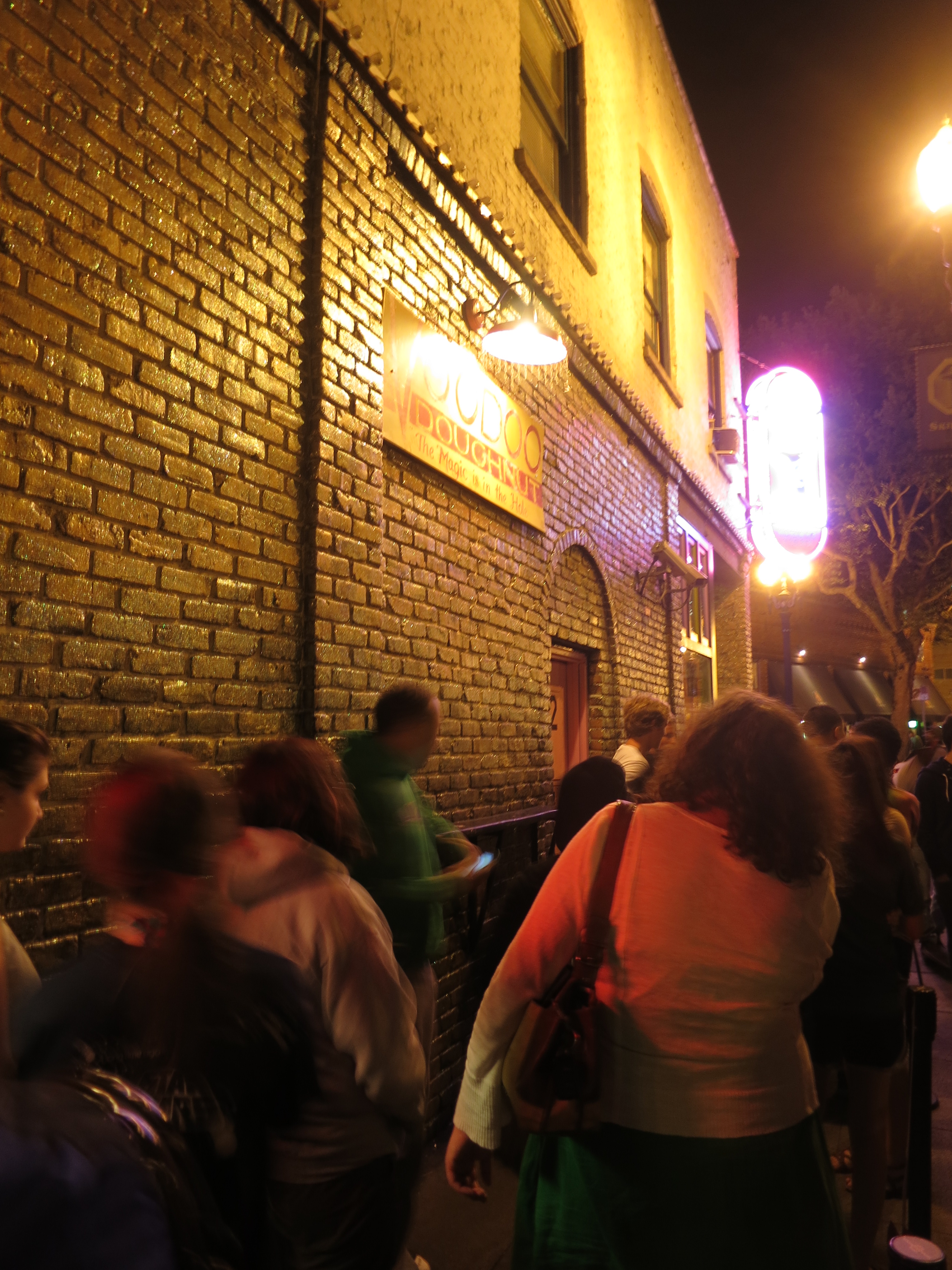 There were police there. POLICE protecting the line at the donut shop. I soon saw why. I guess Voodoo donuts attracts an almost a sideshow of characters. There was the teen with two kittens on his shoulder. The man dancing circles around everyone in line. The guy that hit on my boyfriend and tried to hug him. I guess it can get pretty crazy. 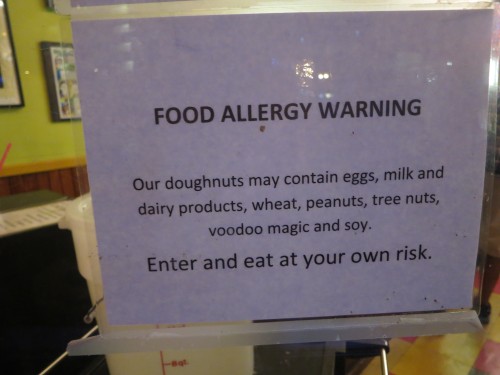 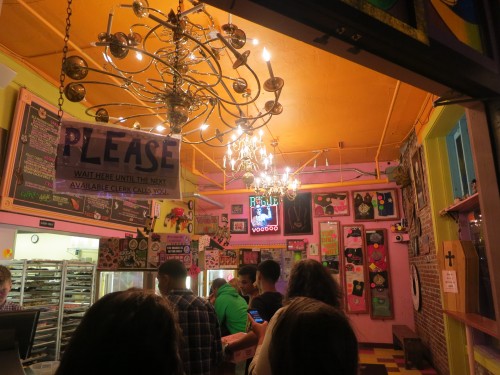 We waited in line for about half an hour, and then we were admitted into the pink walls of Voodoo Donuts. They had SO MANY different types of donuts. They were all displayed in cylinder cases. I wasn’t able to get many pictures due to the sheer chaos of the store. 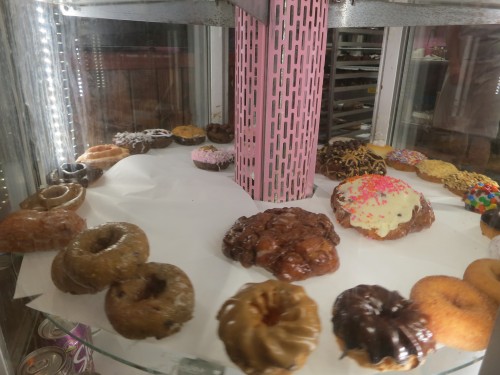 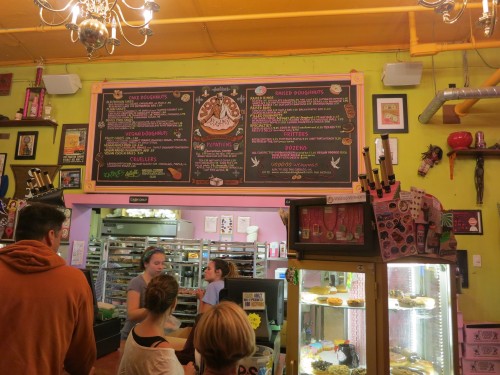 Some donuts included: The Loop (vanilla frosting and Fruit Loops), Triple chocolate penetration
(Chocolate cake doughnut with chocolate frosting and coco-puffs), Portland Cream (filled with Bavarian cream. Topped with chocolate and two eyeballs.) and so much more. Click here to see all of the varieties. 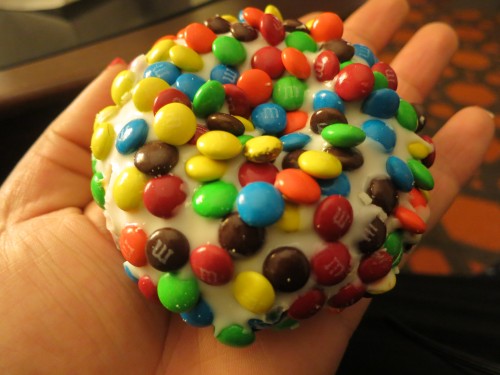 I had a Marshall Mathers doughnut, which was a plain cake doughnut with vanilla frosting and
mini M & M’s. 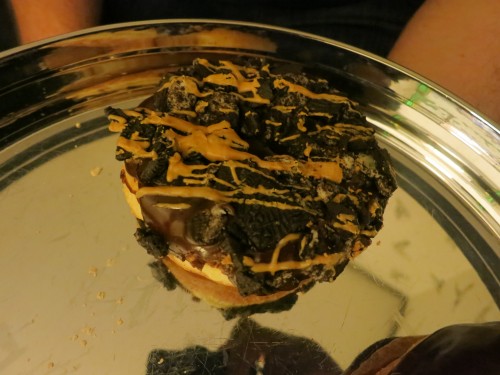 Was it worth the wait and all of the weirdness? Yes, and yes. Voodoo Donuts is an experience you won’t wanna miss.