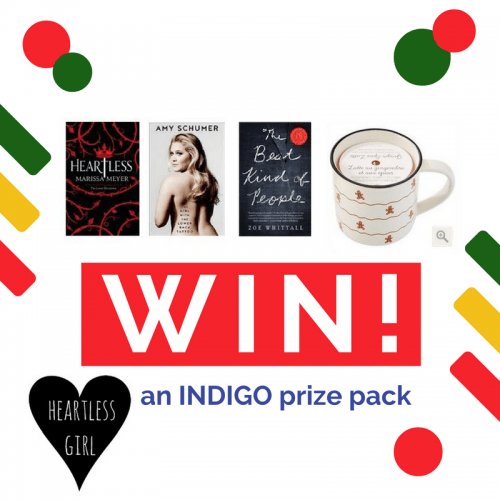 When the holidays eventually wind down, you’re left with some blissful freedom to relax on your own. That’s the perfect time to grab a favourite cup of tea and a new book!

I still think that a book is one of the best gifts that you can give! On my wish list, I definitely have some books on there. (One of them is Scrappy Little Nobody by Anna Kendrick, if anyone is listening.) END_OF_DOCUMENT_TOKEN_TO_BE_REPLACED

I love to travel. I’m constantly thinking of new places to go, and new things to see. I visit flight sale websites weekly, if not daily, and always have my next trip planned. One thing that I’m always obsessing about is, when should I go somewhere? What’s the weather like in Australia in August? When can I avoid hurricane season in the Caribbean?

In particular, I’ll be planning a honeymoon soon (yay!) and am trying to figure out what month to go. A book that’s been helping me out is the DK Eyewitness Travel Where to Go When: The World’s Best Destinations. 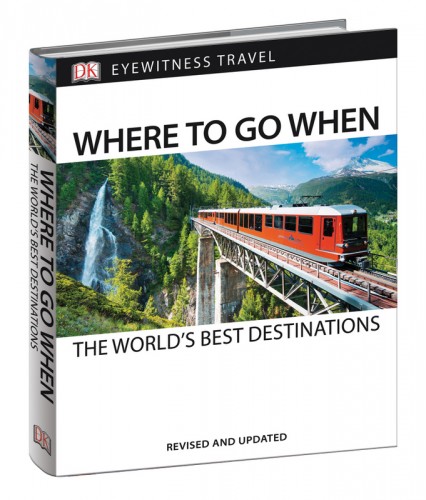 I can’t stress how awesome this book is. It breaks down each month and recommends the best places to travel.. Each month shares where you should go, what events are going on and a bit of history. It also has helpful information, such as should you rent a car, what will the weather be like, and how to get there.

I’m thinking about taking a honeymoon in August. The month of August starts with a suggestion of festivals, natural wonders, luxury and romance and active adventures.

Mozambique sounds pretty interesting. The section suggests where to stay and an eight day itinerary. There’s also full colour photos of some popular destinations. In other words? It’s super helpful, and helps to give your trip some direction, or an idea of where to go.

It’s the perfect book to curl up with a cup of tea and daydream with, or to plan your next excursion. It would also be an amazing gift for your family and friends who always seem to be jetting off on another adventure.

Where to Go When can be found at Indigo.ca

Yes! It’s finally fall, the best time of the year, and my favourite time for new books. Here’s what I’ll be reading this month whilst consuming cups of tea. 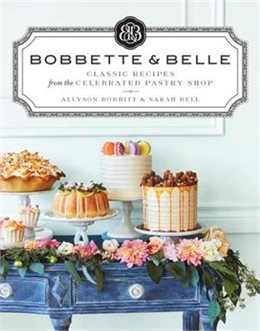 Bobbette & Belle: Classic Recipes from the Celebrated Pastry Shop Bobbette & Belle is one of my favorite bakeries in Toronto! They are super cute inside and make delicious cakes and hot chocolate. They are finally sharing their recipes with the world in their very first book!

Allyson and Sarah share their most loved recipes that fill their French-inspired pastry shops, from Soft and Chewy Ginger Cookies and Dark Chocolate Brownie Fudge Cake to Caramelized Almond Torte and Mile-High Lemon Meringue Pie. Over 100 recipes and variations including classic cookies and bars; cupcakes and layer cakes; loaves, scones, bundts and tortes; crumbles, tarts and pies; French macarons; confections and more to create your own magical world of sweets at home. 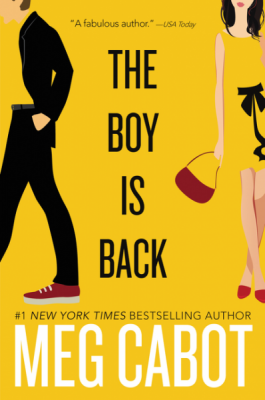 The Boy is Back by Meg Cabot: Reed Stewart thought he’d left all his small town troubles—including a broken heart—behind when he ditched tiny Bloomville, Indiana, ten years ago to become rich and famous on the professional golf circuit.  Then one tiny post on the Internet causes all of those troubles to return . . . with a vengeance. Becky Flowers has worked hard to build her successful senior relocation business, but she’s worked even harder to forget Reed Stewart ever existed. She has absolutely no intention of seeing him when he returns—until his family hires her to save his parents.

Now Reed and Becky can’t avoid one another—or the memories of that one fateful night.  And soon everything they thought they knew about themselves (and each other) has been turned upside down, and they—and the entire town of Bloomville—might never be the same, all because The Boy Is Back. 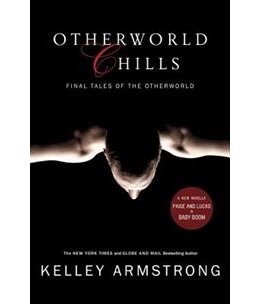 Otherworld Chills: Final Tales of the Otherworld by Kelley Armstrong. Sob! I hope these really aren’t the final tales. I love this series too much to let go. The fifth and final collection of stories–including an original novella exclusive to this book–featuring the fascinating werewolves, witches, necromancers, angels and demons of Kelley Armstrong’s internationally bestselling Women of the Otherworld series. A must-have for fans!

Crosstalk by Connie Williams In the not-too-distant future, a simple outpatient procedure to increase empathy between romantic partners has become all the rage. And Briddey Flannigan is delighted when her boyfriend, Trent, suggests undergoing the operation prior to a marriage proposal—to enjoy better emotional connection and a perfect relationship with complete communication and understanding. But things don’t quite work out as planned, and Briddey finds herself connected to someone else entirely—in a way far beyond what she signed up for. 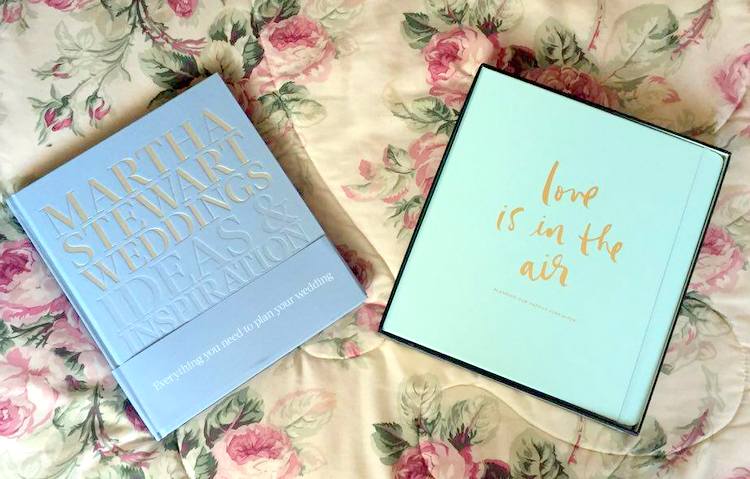 So, as it turns out, planning a wedding isn’t all that easy. Although I love to plan, there’s a certain kind of stress that comes with planning the biggest party of your life. For me, the most stressful part was picking a date and a venue. Now that that’s finally done, I can get down to some of the fun bits, like picking my wedding photographer and florist. I’m trying to stay organized, so I have a trifecta of stationary to help me out. END_OF_DOCUMENT_TOKEN_TO_BE_REPLACED

Have you been following along with the #IndigoBookClub? For the month of April, the book pick is the much buzzed about novel The Nest by Cynthia D’Apprix Sweeney. Can we take a moment to look at how gorgeous the cover is? I just finished reading this book and I enjoyed it. It was funny, frustrating, sad and addictive. Read more below.

On a wintry afternoon in New York City, Melody, Beatrice and Jack Plumb gather to confront their charismatic and reckless older brother, Leo, who has just been released from rehab. Leo’s bad behavior before entering rehab, culminating in a car crash while under the influence, a nineteen-year-old waitress beside him, has left the Plumbs’ joint trust fund “The Nest,” as they’ve taken to calling it, endangered. All four siblings, at very different places in their lives, believe that this money will solve a host of self-inflicted problems and their consequences.

Tender, funny and deftly written, The Nest explores what money does to relationships, what happens to our ambitions over the course of our lives, and the fraught but unbreakable ties we have with our families.

Did you read the Nest? Wanna talk about it? Join the #IndigoBookClub Twitter party with @chaptersindigo on April 27th at 7 PM to take part in a discussion about The Nest! 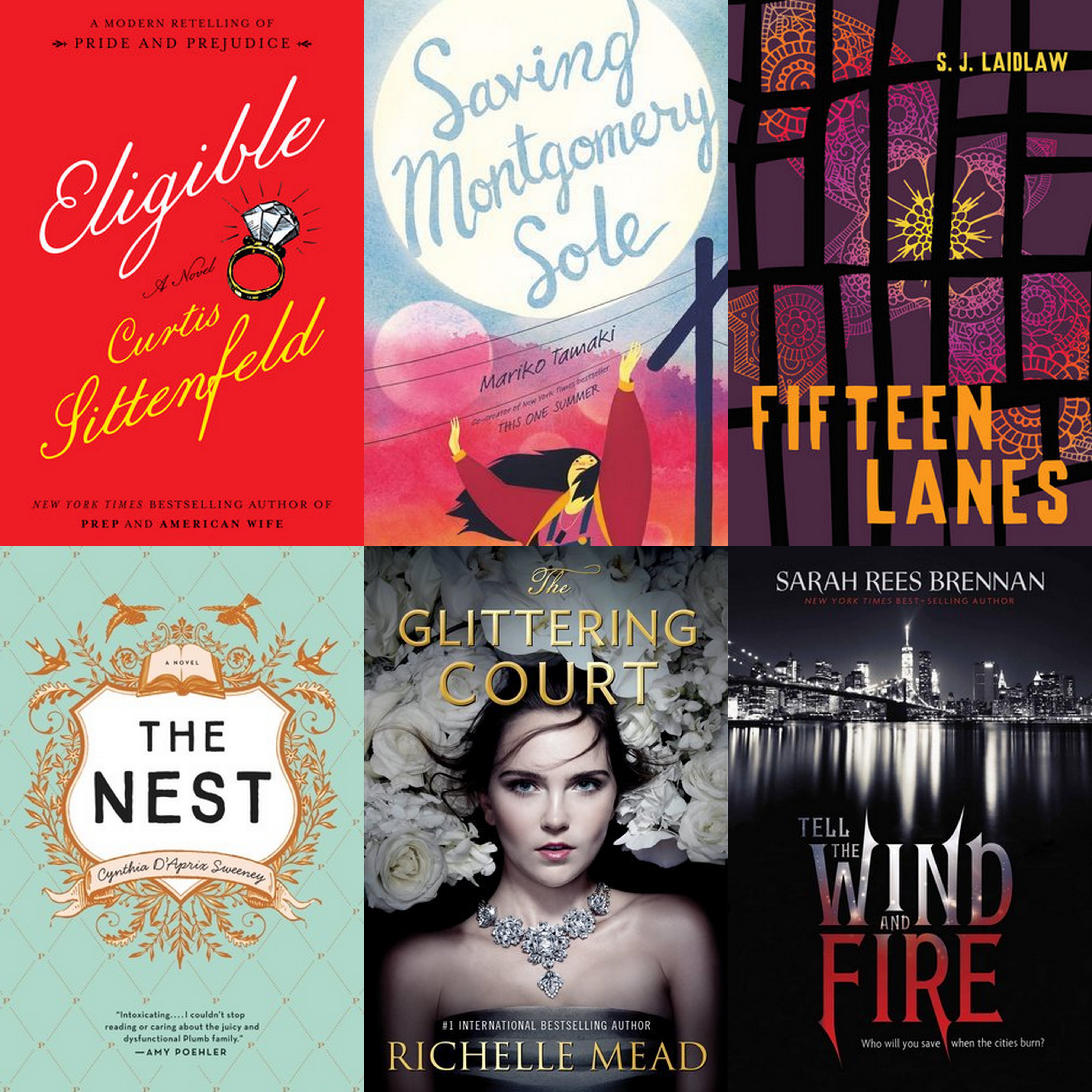 This version of the Bennet family—and Mr. Darcy—is one that you have and haven’t met before: Liz is a magazine writer in her late thirties who, like her yoga instructor older sister, Jane, lives in New York City. When their father has a health scare, they return to their childhood home in Cincinnati to help—and discover that the sprawling Tudor they grew up in is crumbling and the family is in disarray.

Enter Chip Bingley, a handsome new-in-town doctor who recently appeared on the juggernaut reality TV dating show Eligible. At a Fourth of July barbecue, Chip takes an immediate interest in Jane, but Chip’s friend neurosurgeon Fitzwilliam Darcy reveals himself to Liz to be much less charming.

Saving Montgomery Sole by Mariko Tamaki
Montgomery Sole is a square peg in a small town, forced to go to a school full of jocks and girls who don’t even know what irony is. It would all be impossible if it weren’t for her best friends, Thomas and Naoki. The three are also the only members of Jefferson High’s Mystery Club, dedicated to exploring the weird and unexplained, from ESP and astrology to super powers and mysterious objects.

Fifteen Lanes by S.j. Laidlaw
Noor has lived all of her fourteen years in the fifteen lanes of Mumbai’s red light district. Born into a brothel, she is destined for the same fate as her mother: a desperate life trapped in the city’s sex trade. She must act soon to have any chance of escaping this grim future.
Across the sprawling city, fifteen-year-old Grace enjoys a life of privilege. Her father, the CEO of one of India’s largest international banks, has brought his family to Mumbai where they live in unparalleled luxury. But Grace’s seemingly perfect life is shattered when she becomes a victim of a cruel online attack.
When their paths intersect, Noor and Grace will be changed forever. Can two girls living in vastly different worlds find a common path?

The Nest by Cynthia D’Aprix Sweeney
Every family has its problems. But even among the most troubled, the Plumb family stands out as spectacularly dysfunctional. Years of simmering tensions finally reach a breaking point on an unseasonably cold afternoon in New York City as Melody, Beatrice, and Jack Plumb gather to confront their charismatic and reckless older brother, Leo, freshly released from rehab. Months earlier, an inebriated Leo got behind the wheel of a car with a nineteen-year-old waitress as his passenger. The ensuing accident has endangered the Plumbs joint trust fund, “The Nest” which they are months away from finally receiving. Meant by their deceased father to be a modest mid-life supplement, the Plumb siblings have watched The Nest’s value soar along with the stock market and have been counting on the money to solve a number of self-inflicted problems.

The Glittering Court by Kelley Armstrong
For a select group of girls, the Glittering Court offers a shot at a life they’ve only ever dreamed of, one of luxury, glamour, and leisure. To high-born Adelaide, whose wealthy family is forcing her into a loveless marriage, the Glittering Court represents something else: the chance to chart her own destiny, and adventure in an unspoiled, prosperous new land across the sea.

After a chance meeting with the dazzling Cedric Thorn, Adelaide poses as a servant to join the crop of impoverished girls he promises to transform into proper ladies. But her familiarity with upper class life comes with a price: she must hide her identity from her new friends, mysterious refugee Mira and fiery former laundress Tamsin, and most importantly, from Cedric himself—even though she’s falling in love with him.

Tell the Wind and Fire by Sarah Rees Brennan
In a city divided between opulent luxury in the Light and fierce privations in the Dark, a determined young woman survives by guarding her secrets. Lucie Manette was born in the Dark half of the city, but careful manipulations won her a home in the Light, celebrity status, and a rich, loving boyfriend. Now she just wants to keep her head down, but her boyfriend has a dark secret of his own-one involving an apparent stranger who is destitute and despised. Lucie alone knows the young men’s deadly connection, and even as the knowledge leads her to make a grave mistake, she can trust no one with the truth. Blood and secrets alike spill out when revolution erupts. With both halves of the city burning, and mercy nowhere to be found, can Lucie save either boy-or herself?

I couldn’t wait to get my hands on Sarah Rees Brennan’s new book, Tell the Wind and the Fire. Sarah is an expert at creating realistic words and characters with depth. Read below, and keep reading for some words from Sarah Rees Brennan herself! END_OF_DOCUMENT_TOKEN_TO_BE_REPLACED