The other day I was browsing in Shoppers Drug Mart when a particular book caught my eye.
I put it down and went on with my day- and when I got home I found it in the mail! Serendipity. (Thanks, Simon & Schuster!) 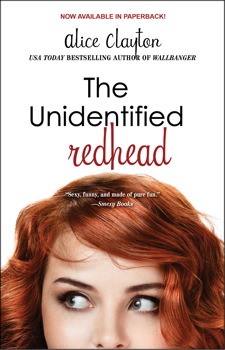 Grace Sheridan is back. Ten years after discovering that looks and talent are a dime a dozen in Los Angeles, she’s wriggling into a pair of badass jeans and ready to show the film industry that there’s way more to her than just a head of gorgeous red curls. And Hollywood’s newest Brit super-hunk Jack Hamilton certainly sees a lot to like. Grace is trying to restrain herself from jumping a man who is nearly a decade her junior, but Jack is making it clear that he personally has zero problems with that idea. While Grace and Jack are still swapping innuendo-loaded quips and text sex though, the paparazzi have caught up with them, headlining the “unidentified redhead” who’s been photographed trysting at a restaurant with the heartthrob of the year. Now Grace is in stuck in a double bind. She’s head over heels in lust with Jack, but there’s her own career to think of as well. A sizzling romance with the newest “it” boy may garner her industry attention . . . but is it the kind of attention she’s always dreamed of?

The Unidentified Redhead novel is everything I was in the mood for reading- a fun, flirty (and a little spicy) read.

I really enjoyed the read but found myself wishing it had a little less sex and a little more potential conflict. I saw one or two flags that I thought could escalate into a turning point or maybe a climax (obvious ones aside-ha), but did not. Ultimately, the book breezes along without dealing with anything too serious. This was a fast, enjoyable read- perfect for the beach or a plane ride. Buy it here!

Taste the Season this November at Niagara-on-the-Lake

{Giveaway} One of a Kind Christmas Show