Tailgating, Tigers and Sororties, Oh My!

I am the furthest thing from sporty that you’ll probably ever see in your life. I don’t watch sports, I don’t play sports, I am decidedly “arty” if I had to pick a clique. Growing up in Canada playing piano, doing ballet and choosing to go to an art university pretty much summed that up for me. 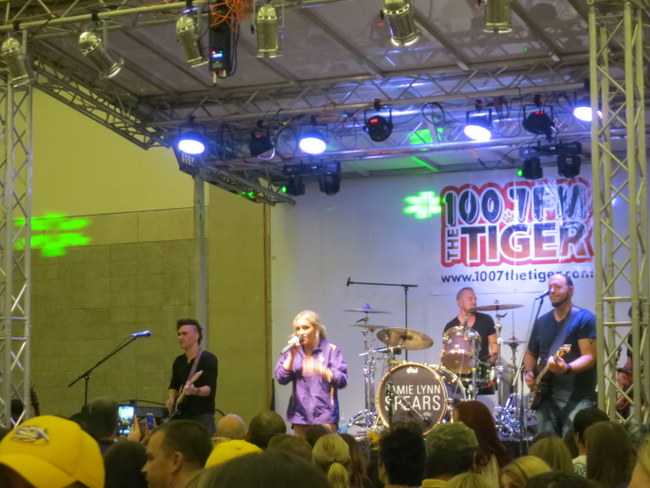 On my recent trip to Baton Rouge, I discovered that Louisiana State University had a football team, and it that was a Big Deal. We were all invited to check out the pre-season tailgating party. Even though I’ve now attended a tailgating party, and I’m sure we have some in Toronto, I needed to look up the definition of one. Here it is: Tailgating, which originated in the United States, often involves consuming alcoholic beverages and grilling food. Tailgate parties usually occur in the parking lots at stadiums and arenas, before and occasionally after games and concerts. In a nutshell.

This party was so full of food, it was ridiculous. I ate so many things I lost track. Chicken wings, boudin balls, tacos, sweet tea, gumbo, some of the best chicken strips I’ve ever had, pasta, cake, sausages and so much more. 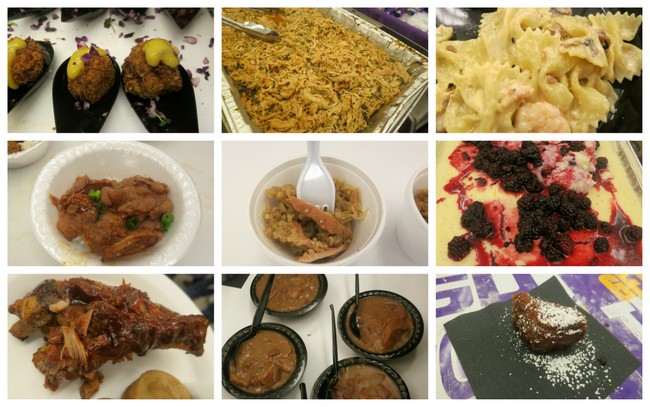 It was amazing. There was much, much more food than what’s pictured above, include mixed drinks and alcohol.

Once I had finished with being wowed by the food, I noticed that pretty much everyone was rocking purple and gold. Everyone. Including small children in adorable outfits, like the 6 month year old baby in a cheer-leader outfit. 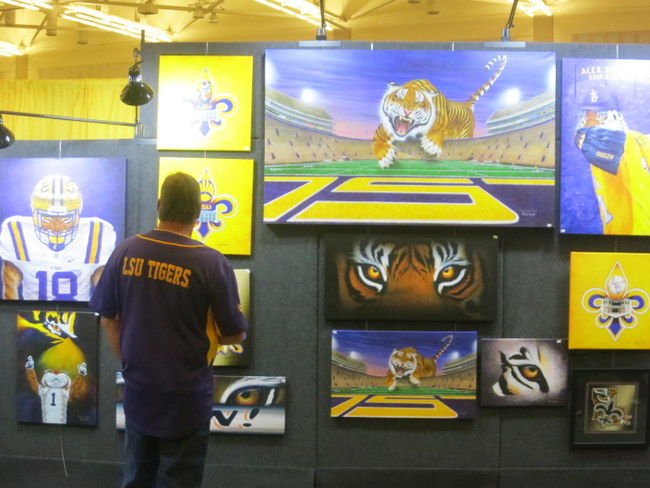 Booths had tons of purple and gold clothing, accessories and even art for sale. Everyone was super friendly and having a great time. Jamie-Lynn Spears performed, which was pretty cool. I think I like tailgating parties. I think I would go back to one. 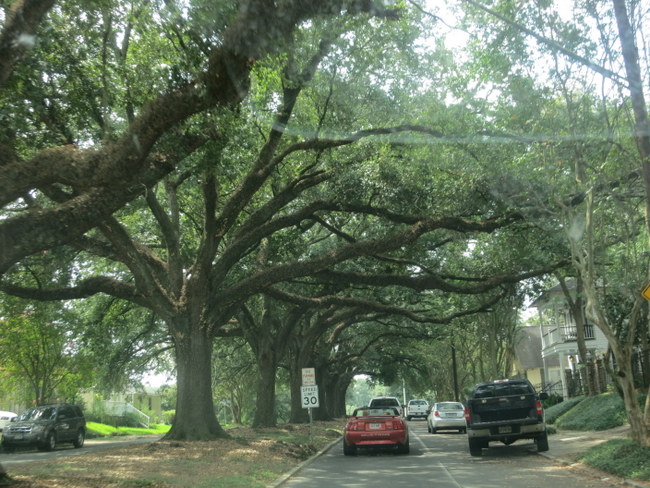 Later on in my trip, I got the chance to visit the Louisiana State University campus. It was huge, with tons of gorgeous trees.

We walked by the giant sorority houses… 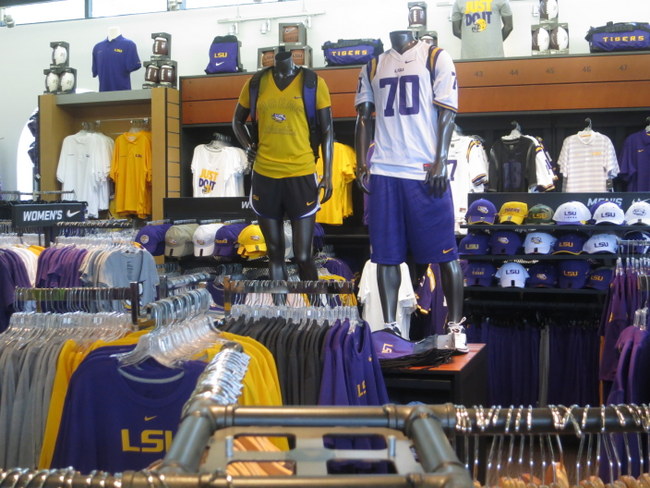 …and visited the campus store.

But the coolest thing that we did was visit Mike. The LSU’s mascot is a tiger….and they have one on campus. Mike the 6th lives in a sprawling 15,000 square feet habitat with a large Oak tree, a beautiful waterfall and a stream evolving from a rocky backdrop overflowing with plants and trees. Click here to read more about his habitat. 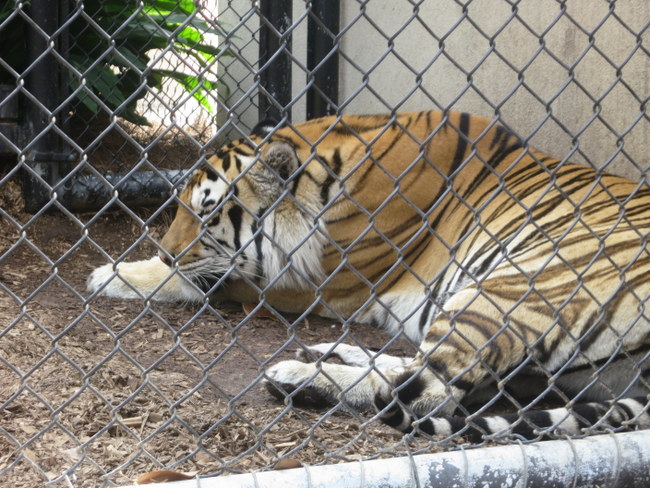 He seemed pretty happy. I watched him prowl around, play with his ball and then settle in for a nap. Check out the TigerCam to see what he’s up to!

It was really amazing to see all of the pride, school spirit and genuine love for the LSU Tigers during my trip to Baton Rouge. If you’re ever in town, you should catch a game! 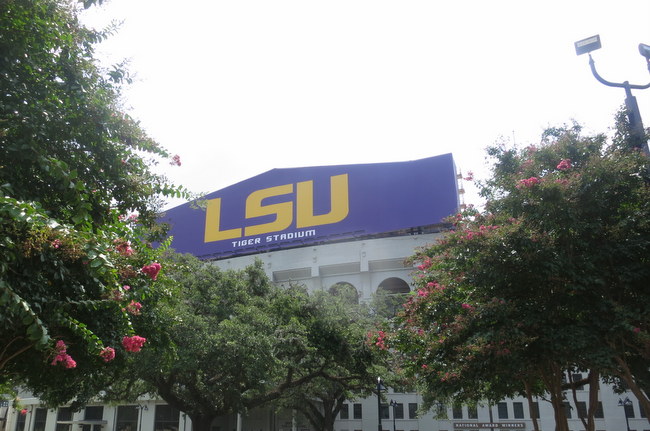 Dinner at the Tide & Boar [Moncton]