[Read it!] Why Not Me? by Mindy Kaling 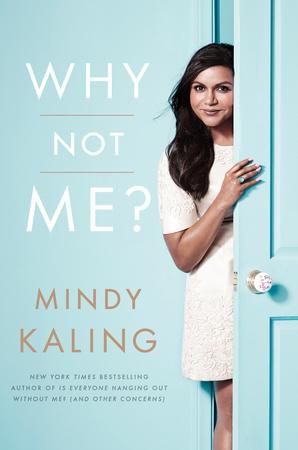 Somewhere along the way, I’ve totally developed a crush on Mindy Kaling. I wasn’t into the Office at all, and actually began watching The Mindy Project rather reluctantly.

But once I started watching it, I couldn’t stop. I’ve never identified with a character on a TV show so much! It was amazing and a little terrifying. I find Mindy really refreshing and hilarious. I feel like we could be friends! (Mindy, if you’re reading this, we could totally be friends. Email me.) I couldn’t wait to get my hands on her new book!

Why Not Me discusses boys, airplanes, friends, blonde men, meeting the Obamas, her competitive spirit, and how she got her start in her career. She also includes a quote from one of my favouite book character, Holden Caulfield, and has adorable illustrations for each chapter. 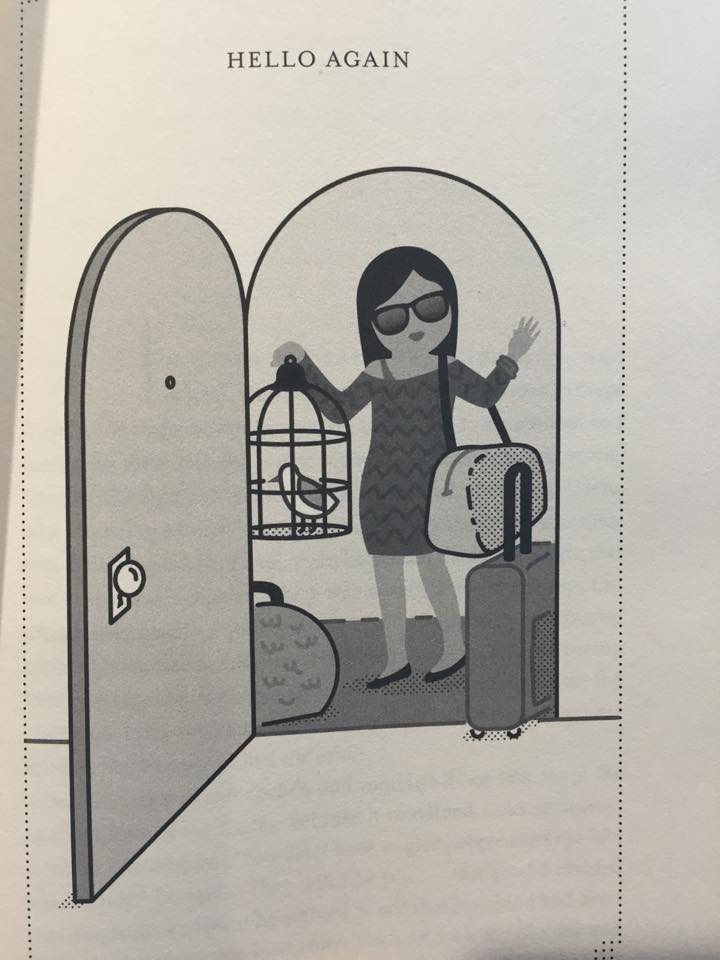 Here is an excerpt from the book when she is describing a plane flight she took with her “soup snake,” BJ Novak.

Our pilot spoke to us again, but gone was the relaxed man who had cooed, “Folks, this is your captain speaking…” and made me feel like a valued member of the JetBlue community. “There seems to be some kind of an electrical storm…” he began, nervously trailing off in a way where the end of his sentence can only be: “…which is scaring the shit out of me.” Then he says, “This really came out of nowhere, very weird.”

Very weird? You don’t get to confide in us about what you think is weird, guy!

[..] I turned back to see the flight attendant seated with her arms folded tightly across her chest. Her eyes were squeezed shut and she was mouthing something. It became clear to me that she was praying. If you have never seen a flight attendance praying, I hope you never do, because it is one of the scariest things in the world.

This would be my very accurate reaction if this were to happen to me. I also loved that she included her short story, “Mindy in New York.” I’m not a fan of books that take place in emails and texts, but she made it work! If you are looking for a fun read, filled with coming of age stories, laughs and Hollywood truths, then you need to pick up this book.

In Why Not Me?, Kaling shares her ongoing journey to find contentment and excitement in her adult life, whether it’s falling in love at work, seeking new friendships in lonely places, attempting to be the first person in history to lose weight without any behavior modification whatsoever, or most important, believing that you have a place in Hollywood when you’re constantly reminded that no one looks like you.

In “How to Look Spectacular: A Starlet’s Confessions,” Kaling gives her tongue-in-cheek secrets for surefire on-camera beauty, (“Your natural hair color may be appropriate for your skin tone, but this isn’t the land of appropriate–this is Hollywood, baby. Out here, a dark-skinned woman’s traditional hair color is honey blonde.”) “Player” tells the story of Kaling being seduced and dumped by a female friend in L.A. (“I had been replaced by a younger model. And now they had matching bangs.”) In “Unlikely Leading Lady,” she muses on America’s fixation with the weight of actresses, (“Most women we see onscreen are either so thin that they’re walking clavicles or so huge that their only scenes involve them breaking furniture.”) And in “Soup Snakes,” Kaling spills some secrets on her relationship with her ex-boyfriend and close friend, B.J. Novak (“I will freely admit: my relationship with B.J. Novak is weird as hell.”)