The Toronto International Film Festival is around the corner, (September 8th- September 16) and with a mindblowing selection of films, it’s hard to figure out what to see. I’ve picked my favourites below. Note: I have kind of quirky taste, and I like foreign films. Enjoy!

The Brass Teapot
An impoverished young couple (Juno Temple and Michael Angarano) stumble upon an antique teapot that magically dispenses cash whenever either of them feels pain, inspiring them to ever-greater extremes, as they ascend the ranks of the nouveau riche. Director Ramaa Mosley eschews violence for a more whimsical, Tim Burton–esque treatment in this offbeat, darkly funny satire.

http://youtu.be/r-7u67VbxEk
Legendary Indian actress Sridevi returns to the screen after a fifteen-year absence in this funny and touching story about an Indian woman who struggles to learn the English language in order to overcome her insecurities.

In Another Country
South Korean master Hong Sang-soo teams with French superstar Isabelle Huppert for this formally inventive and wonderfully witty three-part film, in which three different but strikingly similar women — all named Anne, and all played by Huppert — meet and interact with the same group of people in a seaside Korean town, with each encounter producing a set of intriguing new outcomes and new possibilities.

Are we tired of super cutesty awkward indie films yet? Of course not. We hardly need dialog to sell the film!
In this coming of age comedy life for Esther Weary includes her well-intentioned grandpa, friends that suck, and a deeply depressing birthday. Gordon Pinsent and Jade Aspros star in this modern story of teenage angst. 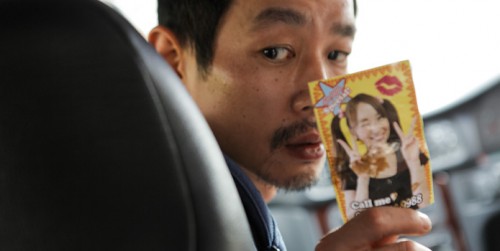 Like Someone In Love
An elderly man becomes infatuated with a young Tokyo call girl in this entrancingly elliptical anti-love story from Iranian master Abbas Kiarostami.

My Awkward Sexual Adventure
A hyper-repressed and schlubby accountant (Jonas Chernick) strikes a deal with a worldly but disorganized stripper (Emily Hampshire): he’ll help her with her crushing debt if she helps him become a better lover. Sharp direction by the versatile Sean Garrity and a very funny script by Chernick ensure for an uproarious — and surprisingly educational — sex comedy. 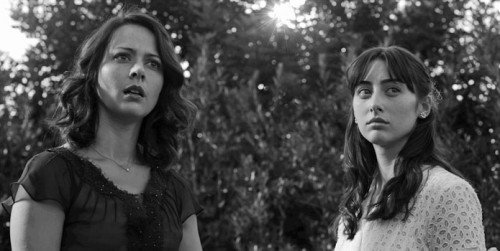 Much Ado about nothing
Shakespeare’s classic comedy gets contemporary spin in Joss Whedon’s stylized adaptation. Shot in just twelve days using the original text, the story of sparring lovers Beatrice (Amy Acker) and Benedick (Alexis Denisof) offers a dark, sexy and occasionally absurd view of the intricate game that is love.

(By the screenwriter of the original dragon tattoo!! Which was amazing. Way better than the american version!
) This sumptuous historical drama from writer-director Nikolaj Arcel (screenwriter of the original version of The Girl With the Dragon Tattoo) chronicles the scandalous love triangle between a queen (Alicia Vikander), her German doctor (Mads Mikkelsen), and the mad King of Denmark (Mikkel Følsgaard).

Shit Girls Say
Everyone’s favourite viral Toronto video comes to the big screen. Yeah it’s a little weird. And a little awesome. A new episode will premiere during the festival.

Blurring the line between documentary and fiction, Nostradamos takes place on the eve of the end of the world. As hordes of people flock to the city of Amos, Quebec after it is identified as the safest bet for survival in the face of the coming apocalypse, a number of local residents conspire to profit from the sudden influx of tourists.

An architect from ancient Rome is propelled into a modern-day Tokyo bath house in this kooky time-travelling comedy based on Mari Yamazaki’s award-winning manga series.

One of the most charming and vibrant debut features by a Canadian filmmaker in recent memory, Kate Melville’s Picture Day features rising star Tatiana Maslany as Claire Paxton, a teenage girl who has all the freedoms of adulthood but none of the responsibilities. Forced to repeat her last year of high school due to bad grades and absenteeism, Claire still prefers to cut class whenever feasible and spends her nights clubbing, living on the fringes of the adult world she’s almost part of.

Disney’s Beauty and the Beast

Food on Film at TIFF

Happy belated #NationalWineDay! I mixed up this Pi

Feeling a bit like this grumpy monkey that I captu

It may be winter, but that doesn't make ice cream

Spring is in the air! I checked out what's new wit

Stuck on what to get your Valentine? @davidstea ha