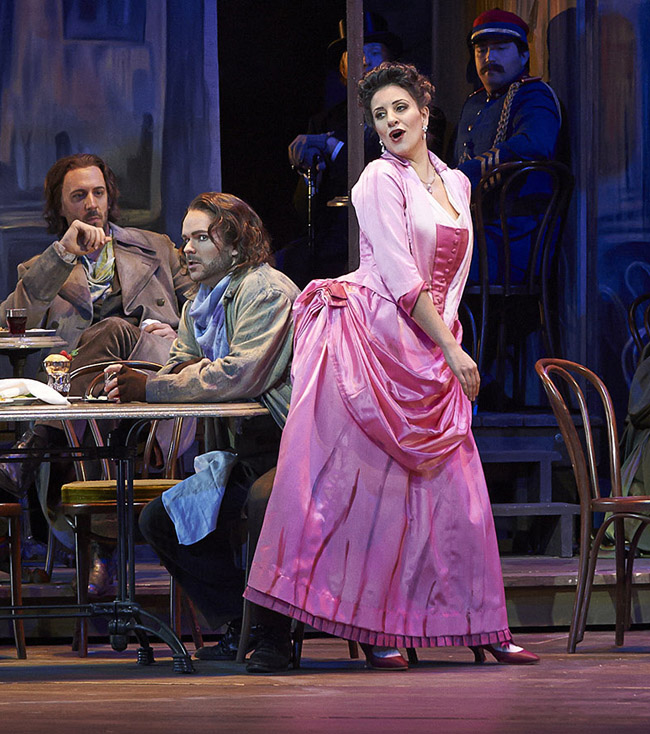 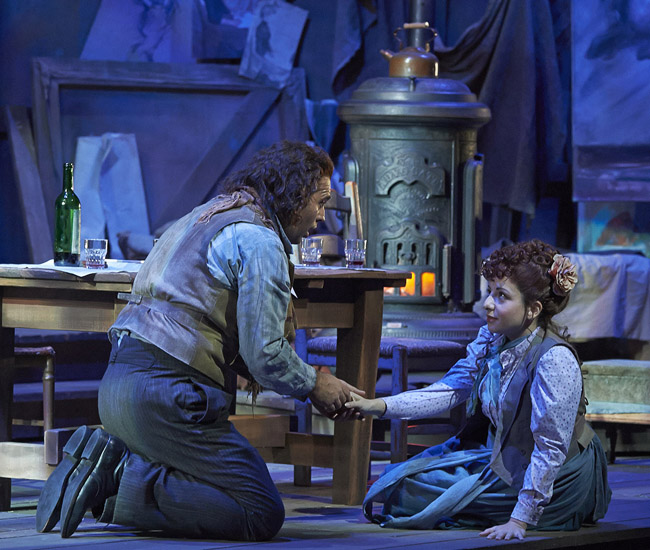 So, you’ve visited the ballet. You love musical theatre, and you’ve been to the symphony (Yes, the Pop series counts) at least once. Congratulations, you’re ready to go to the next logical step: The Opera.

Lucky for you, one of the world’s most popular operas is in town at the Four Seasons Centre until October 30th…La Bohème!

La Bohème is funny, easy to understand and relatively short for an opera (only 2 hours and 10 minutes with one intermission). It is sung in Italian with the amazing use of SURTITLES. (More about that later.)

So what’s it all about? Rodolfo and Marcello are starving artists (the original hipsters, as my friend put it) living in a garret in Paris. Rodolfo meets Mimì and is enthralled. Romance ensues.  Marcello is busy dealing with the heartbreak from his on and off again dramatic lover, Musetta. What follows is a lively tale of  life, love and illness  in 19th century Paris with an ultimately tragic ending.

If this story sounds familiar, it’s because it’s what the popular musical and movie, RENT is based on. It’s my favourite musical, and I had great fun comparing the characters in my head.

I really enjoyed this opera! Yes, it’s sung in Italian but it’s translated for you with the handy use of Surtitles above the stage. Surtitles are translations of the operas sung or spoken dialogue that are displayed on a screen above the stage while the performance is going on. They were originally developed by the Canadian Opera Company and are now used around the world. Go Canada!

Every single line of this opera is sung, and it’s pretty funny to hear mundane lines such as, “I’m cold,” being sung in Italian in a dramatic fashion.

The second act was my favourite! It was hilarious and involved Musetta flashing her ankles in a very scandalous fashion. She wear a beautiful bustle dress.

I also loved seeing peeks of everyday 19th century life in Paris. We get to see a Christmas street scene with vendors and children. It’s very fun! The supporting cast did a fantastic job as well. As a whole, the opera had a larger cast than I expected it to.

Put on your fancy dress, grab your best friend or boy and go and see this opera. Tickets are selling fast and it’s only in town until the end of the month!

Win it! Tickets to the One of a Kind Show