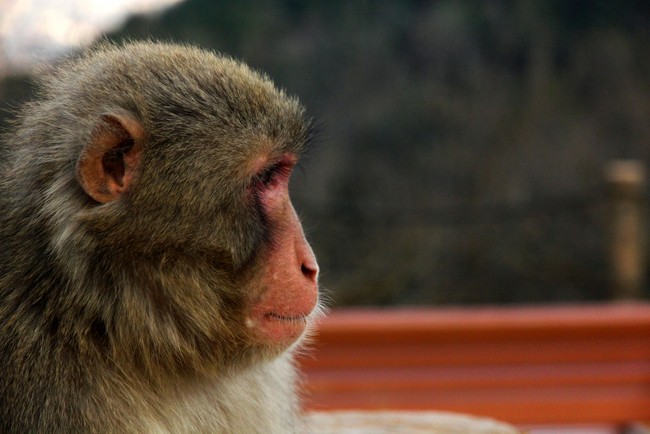 After we were done visiting the Arashiyama Bamboo Forest in Japan, we decided to trek to the snow monkey sanctuary that we had heard of.

The Iwatayama Monkey Park is at the top of Mount Arashiyama. All of the blog posts/travel guides that I had read about this park stated that it was going to be a steep (15 minutes, but I’m whiny) climb. Joy. 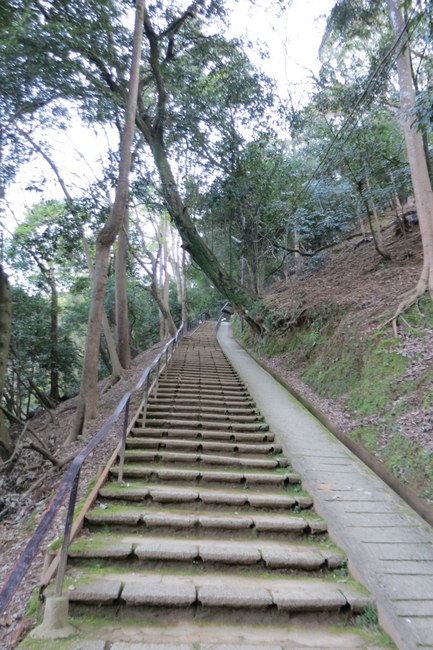 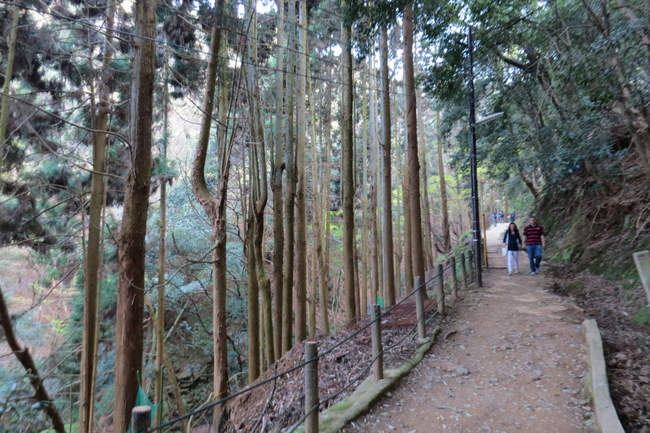 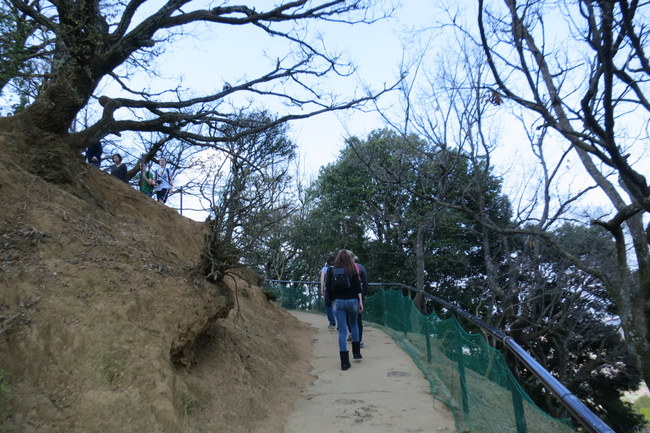 While we were dying up the mountain, there were helpful signs telling us how much further it was to the top, and helpful benches which to die upon. Speaking of helpful, there were also signs like this: 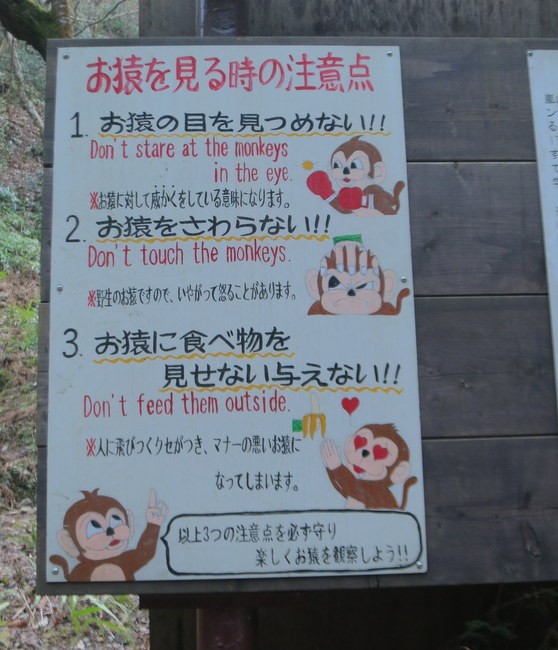 DON’T STARE AT THEM IN THE EYES, GUYS. JUST DON’T DO IT.

We continued on, being motivated by the thought of monkeys. If there aren’t monkeys up there, I thought grimly to myself, dripping with sweat, I don’t know what I’m going to do.

Finally…in a tree, we were greeted by… 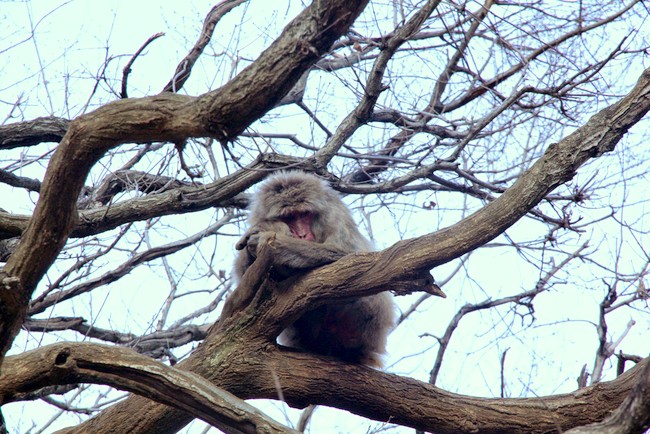 A monkey! There were really monkeys up there! 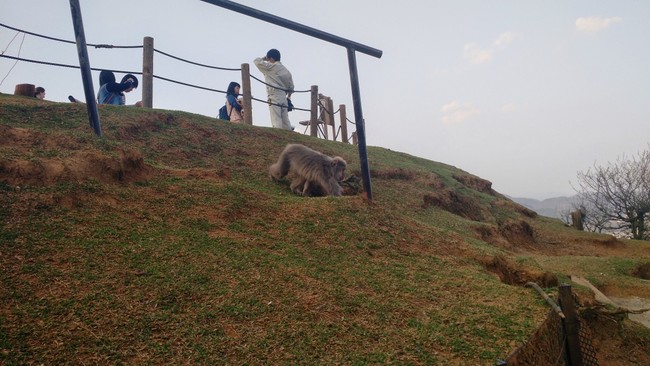 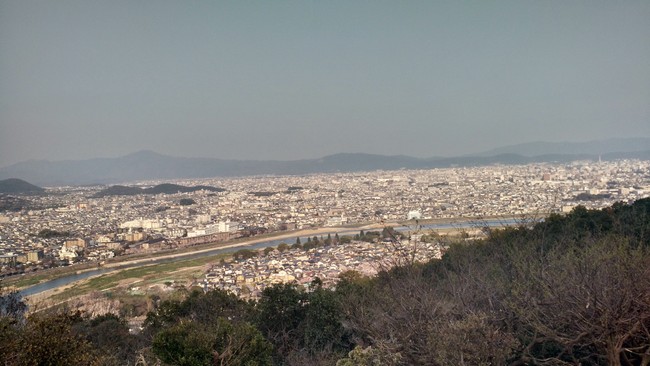 And a beautiful view.

But of course, we were there for the monkeys, and saw many a monkey. There were over 100 of them, and they were just hanging out, monkeying around. (Had to.) 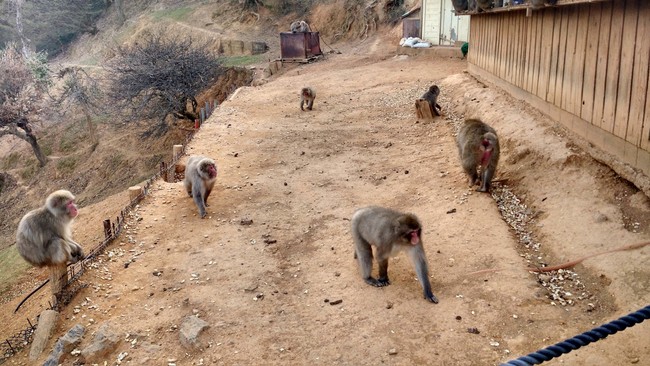 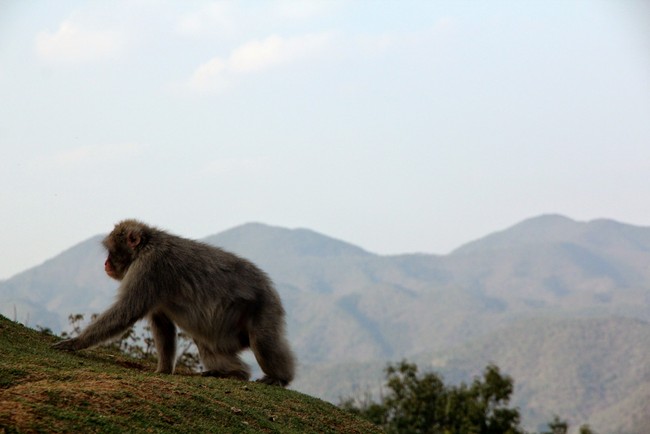 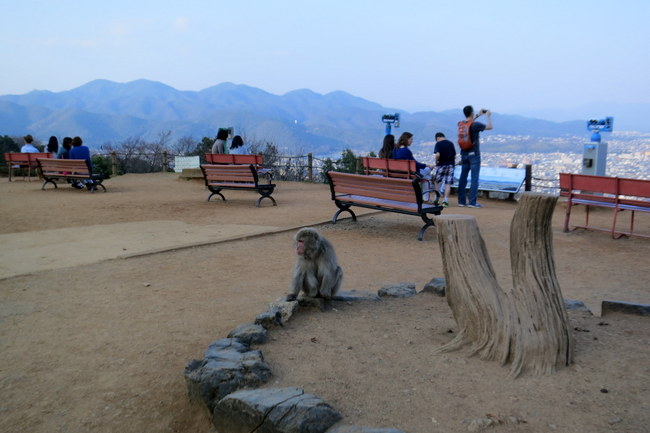 One got a little too close and ran off with someones open bag. It was really funny, and a worker at the sanctuary managed to get the bag back.

It was really amazing to get up close (but not too up close) with these guys! It was definitely worth the climb. 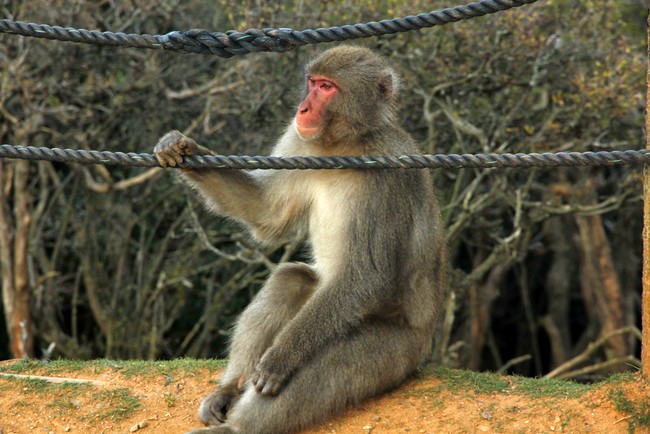 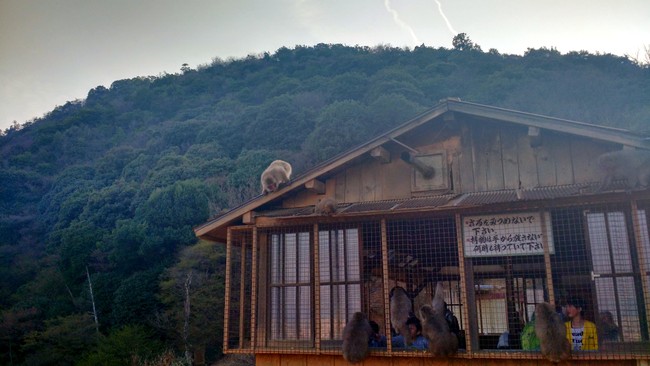 It costs 550 yen to get into the park, and you are also able to feed the monkeys if you wish. (We chose not to.) The park is open from 9am to 5pm. Taking the train into Arashiyama is the best way to get there. I hope you get the chance to visit someday!

Watching the tide come in at Hopewell Rocks

Colour your Stress Away on National Colouring Day!