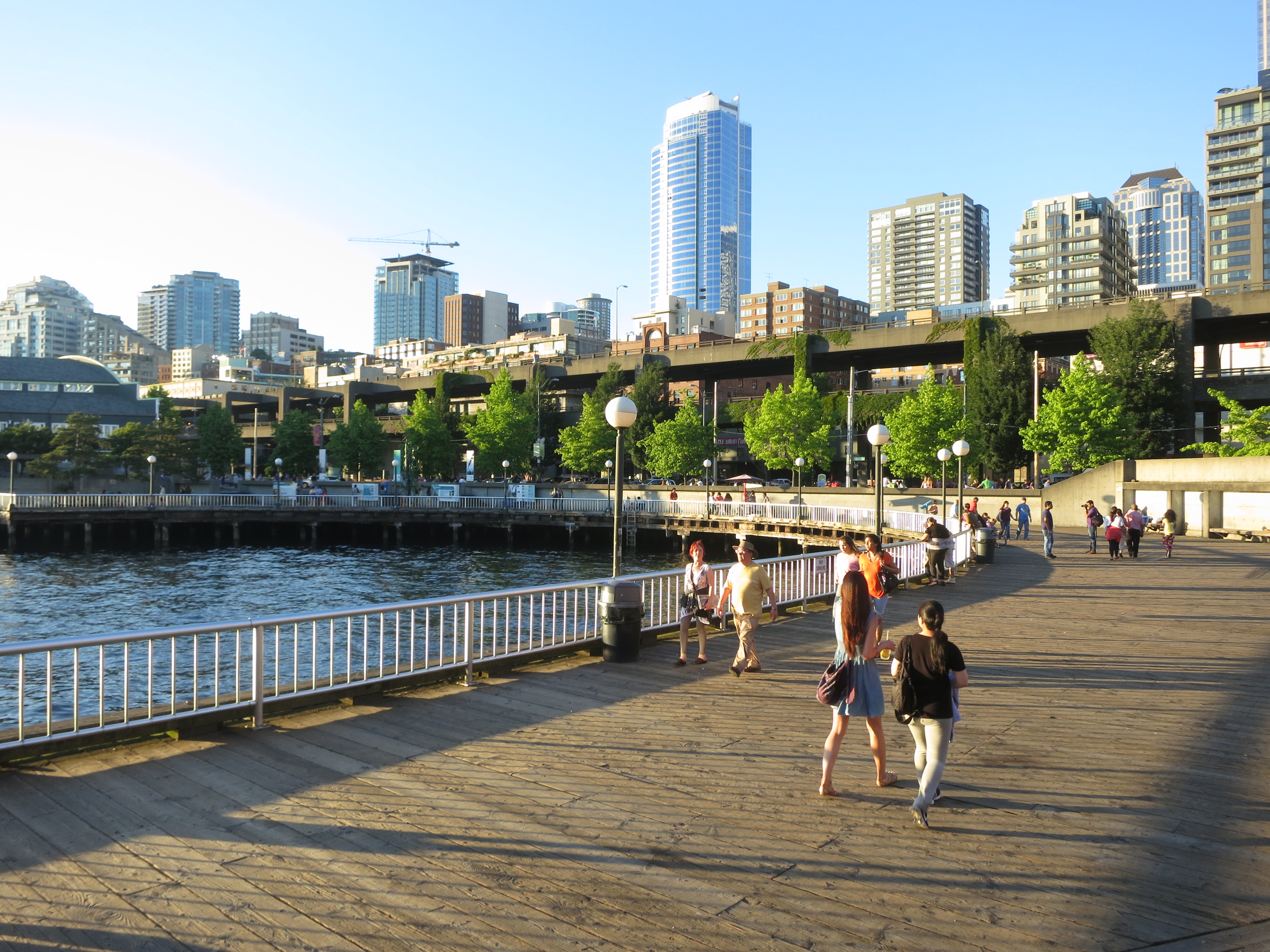 Walking along the beautiful Seattle waterfront, you might see some curious signs. 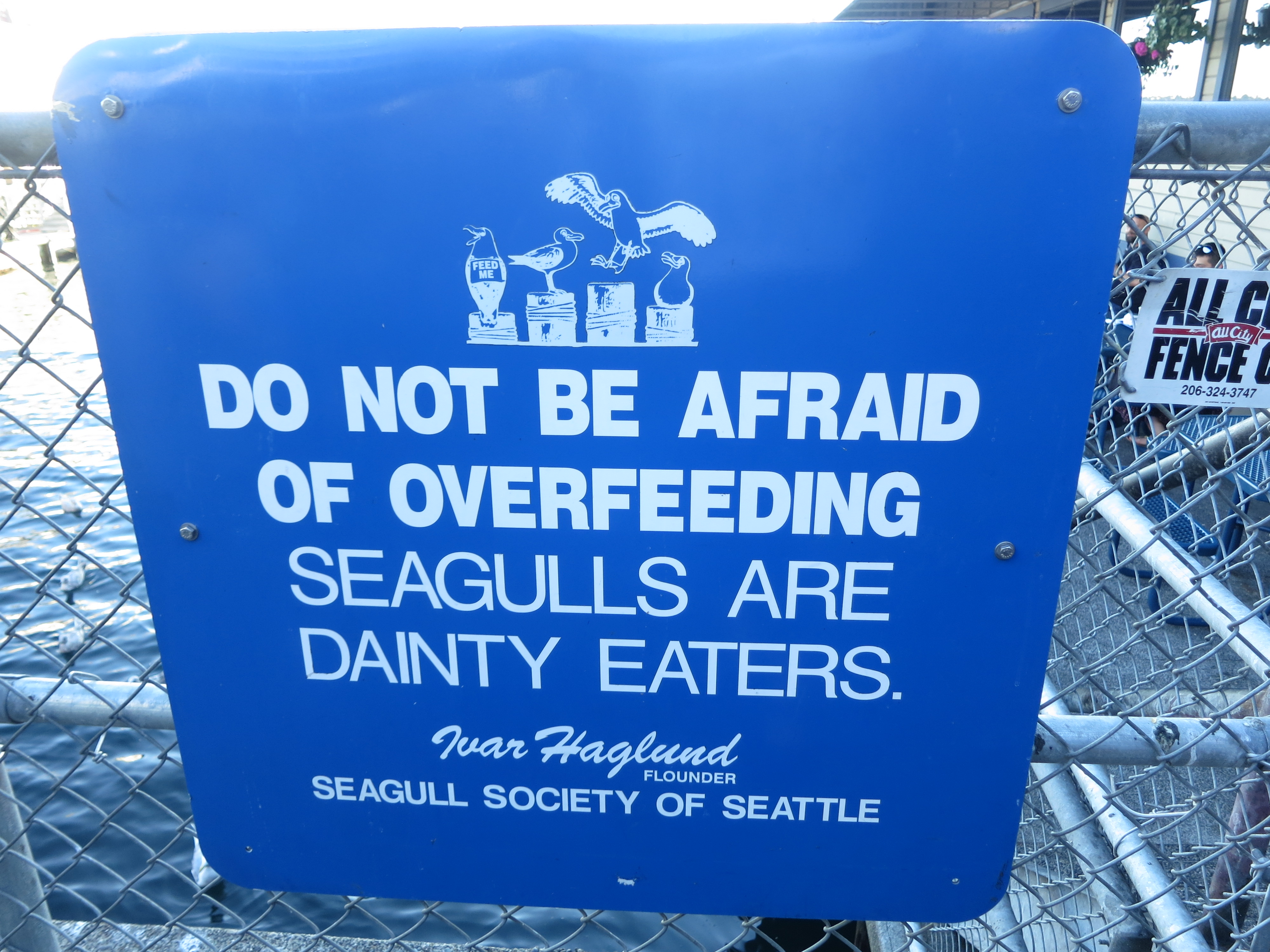 After taking in the sign, you’ll look around, and see some of the biggest seagulls that you’ve ever seen. Seriously. These guys are huge. And incredibly healthy. 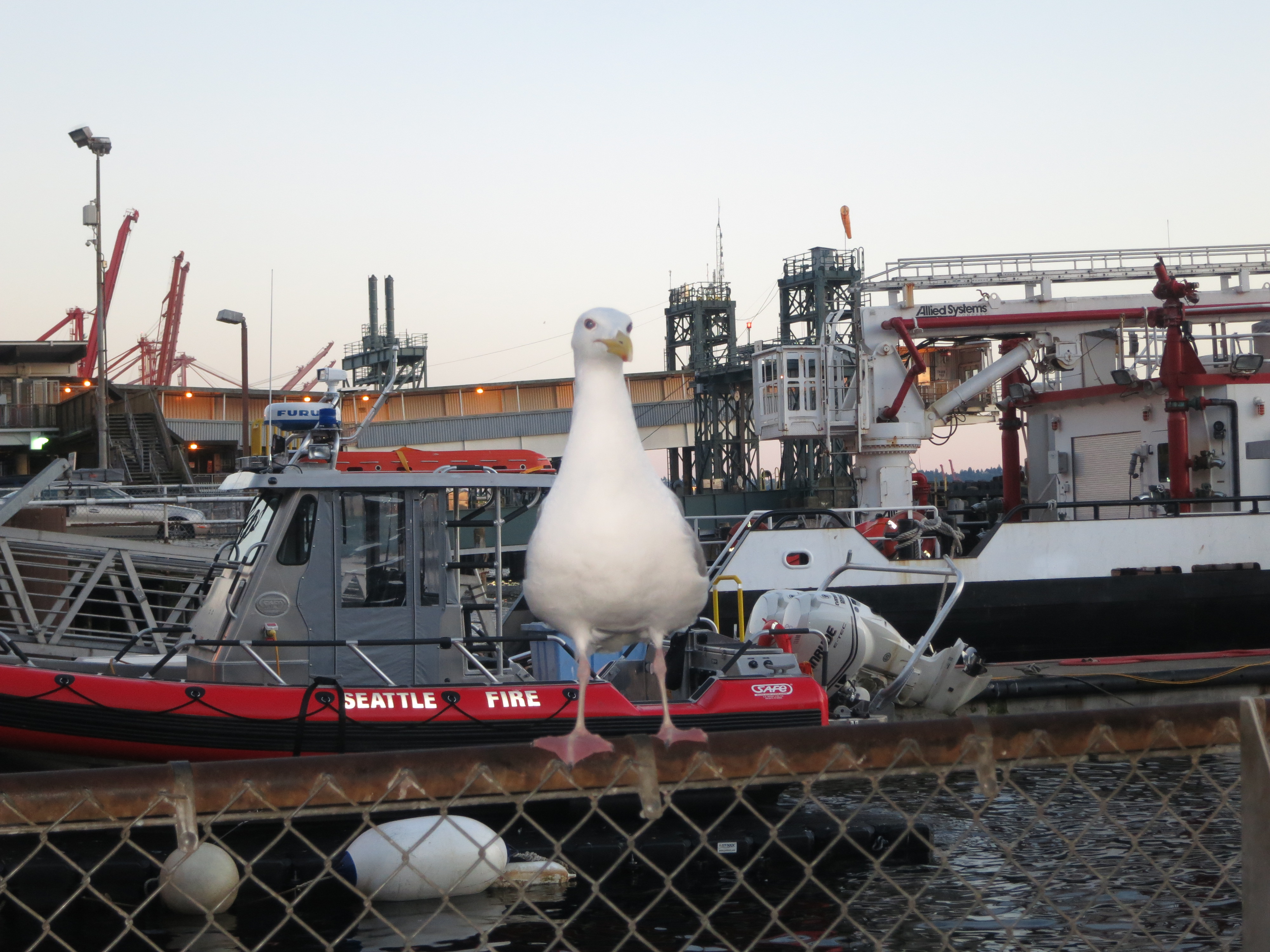 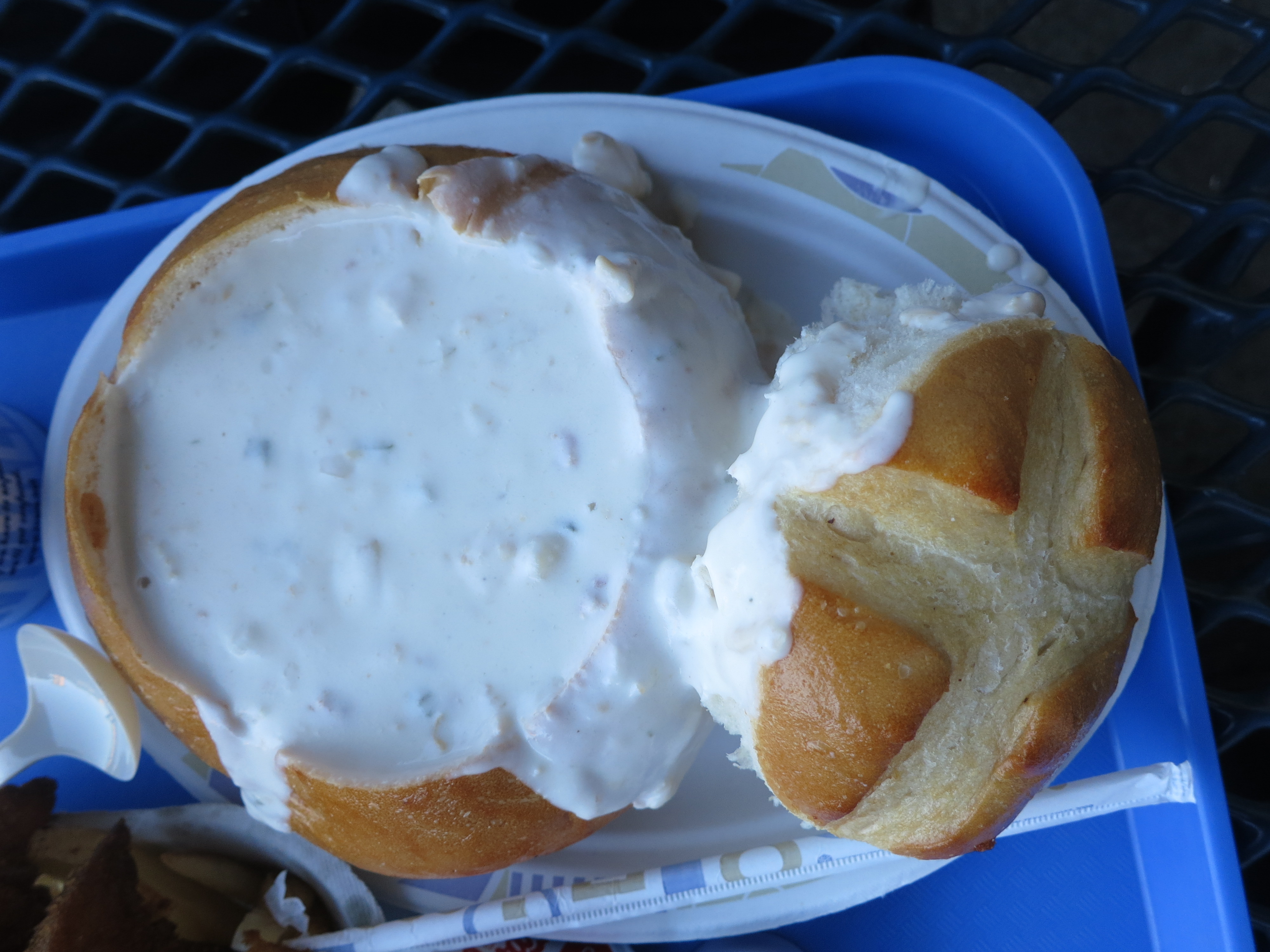 Ivar’s is pretty famous for their clam chowder in a sourdough bread bowl ($7.49). The portion sizes were huge! I didn’t eat this, but my friends did. Because we also ordered fish and chips, they both couldn’t finish their bowls! They both said that it was the best clam chowder they’ve had. 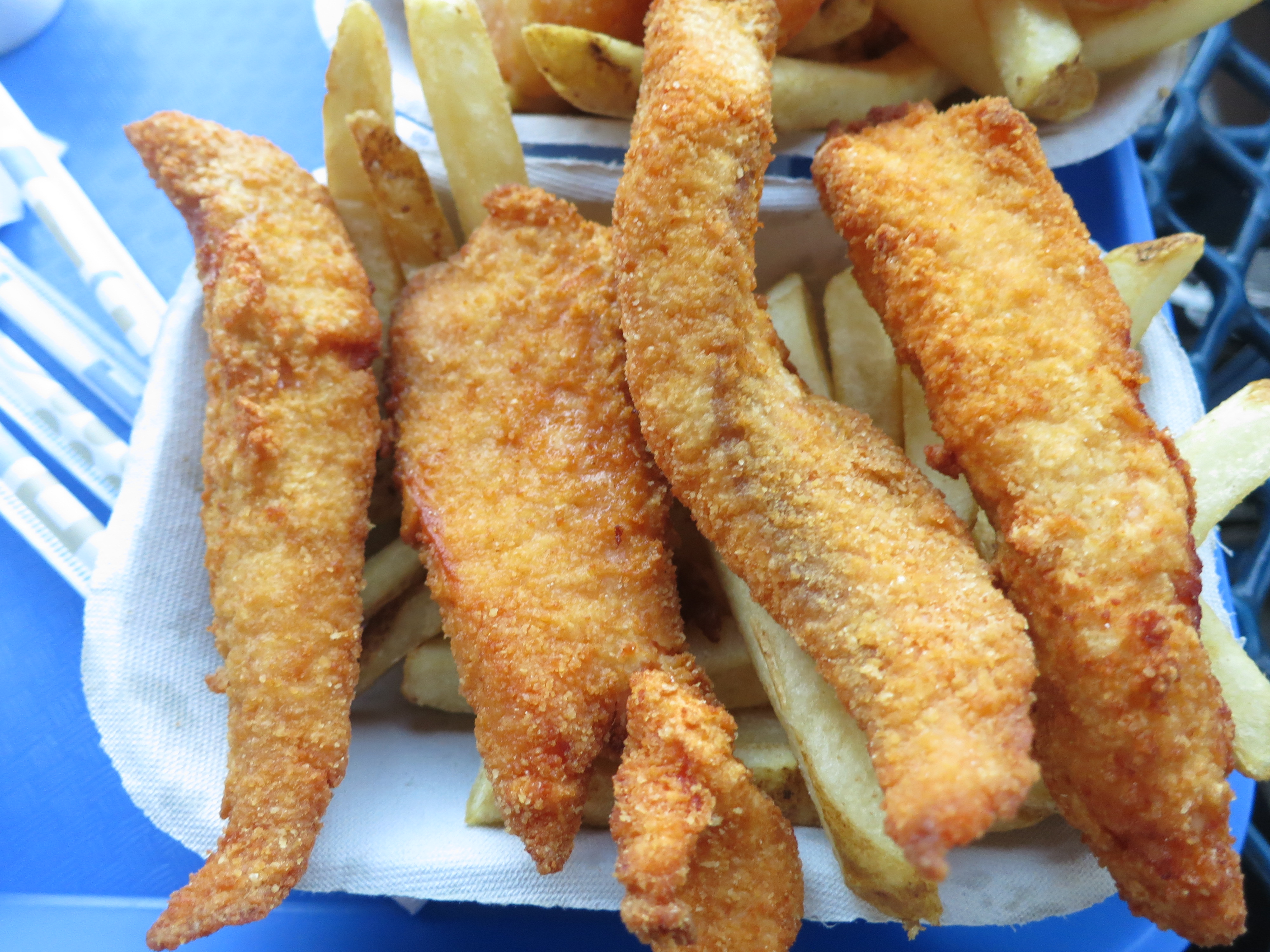 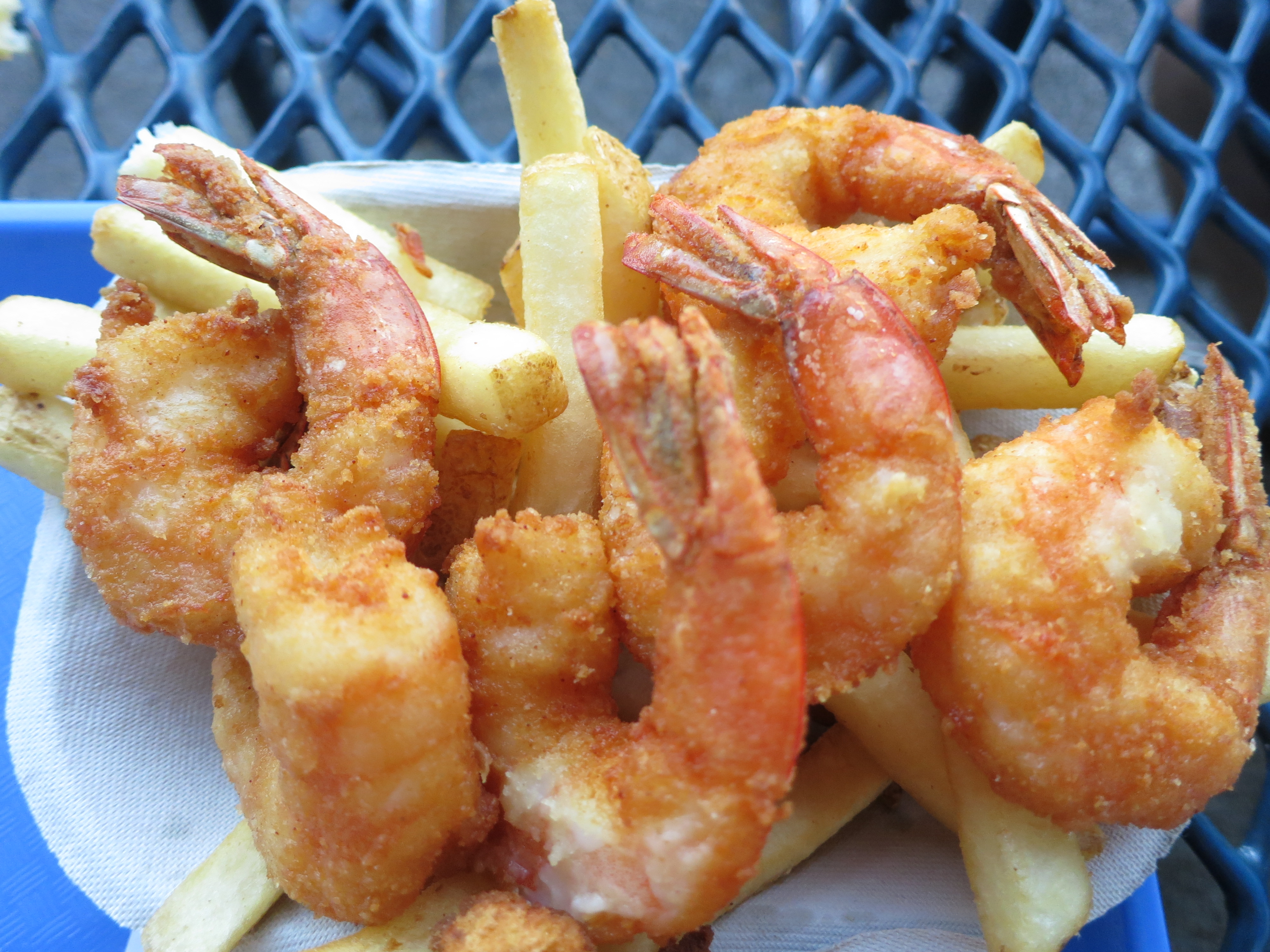 I devoured Jumbo Prawns ($9.49)  and breaded Salmon ($8.59) Everything was delicious and super fresh. A particular favourite was the Cajun halibut. Yum! Check out the menu to see what else they offer. 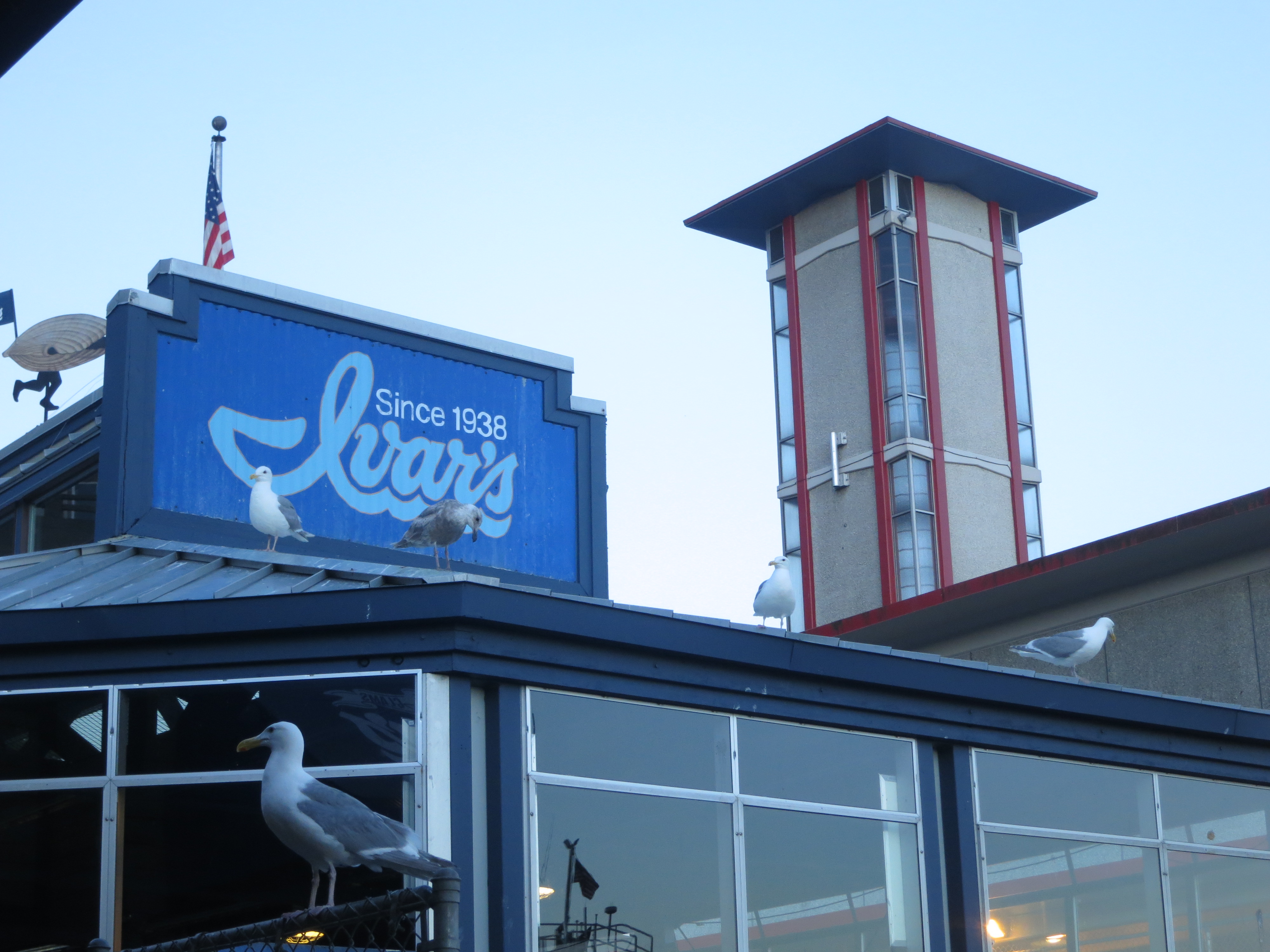 As a bonus, while we were eating, we saw many people feeding the (terrifying) seagulls and having a pretty good time with it. One man put french fries in his mouth and the seagull ate it from his mouth. Ahh! A small two year old girl fed the seagulls, but it was scary to watch because it was half her body size.

All in all, it was a pretty enjoyable way to take in the waterfront and have some fresh seafood! 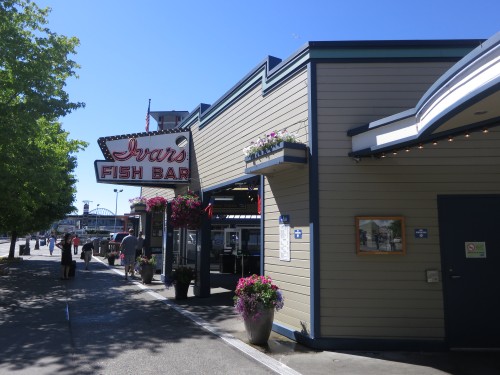 Camping Gear Round Up