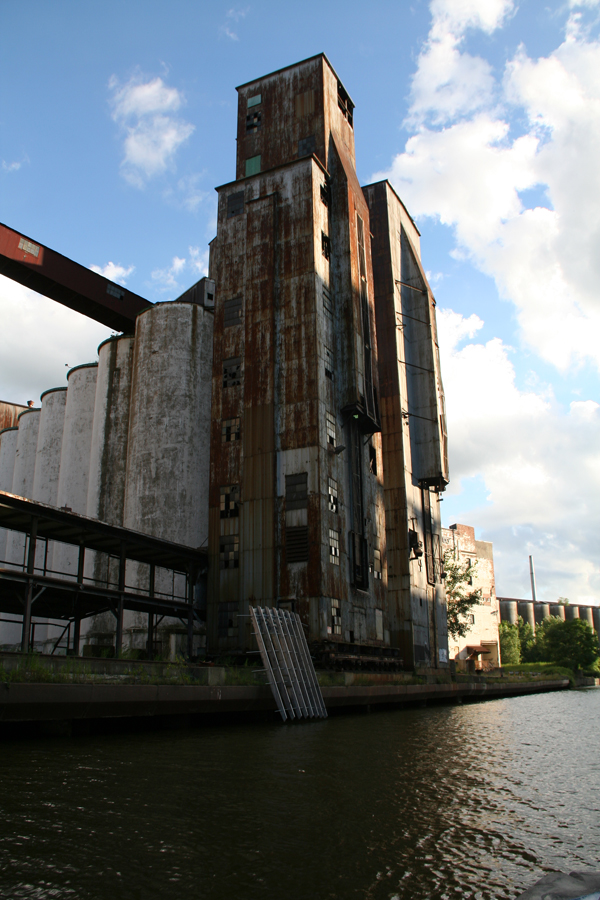 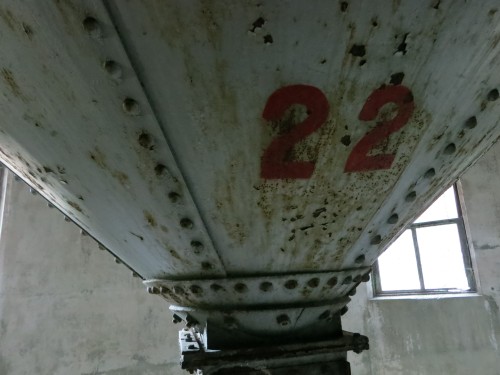 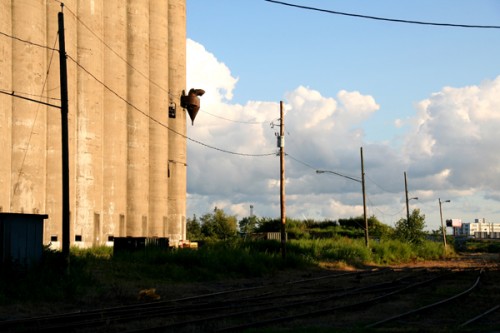 I’m standing inside of a grain silo, craning my neck to see up to the top. “This is my favourite part,” Ric Prong, our tour guide, tells me. He faces away from us and towards the hallway of grain silos. He yells, there is a slight delay, and his voice echos back at us. The echo in this grain silo travels for 6 seconds. It’s pretty cool.

In fact, the entire tour is pretty cool. I am on a Inside Silo City tour in Buffalo, New York. This brand new tour brings you down the river in Buffalo in an old U-boat that was used in the Navy. The tour is 90 minutes long, and is fascinating. During your journey down the river you learn about the history of the now defunct Eerie Canal and Buffalo’s history as the largest grain port in the world. 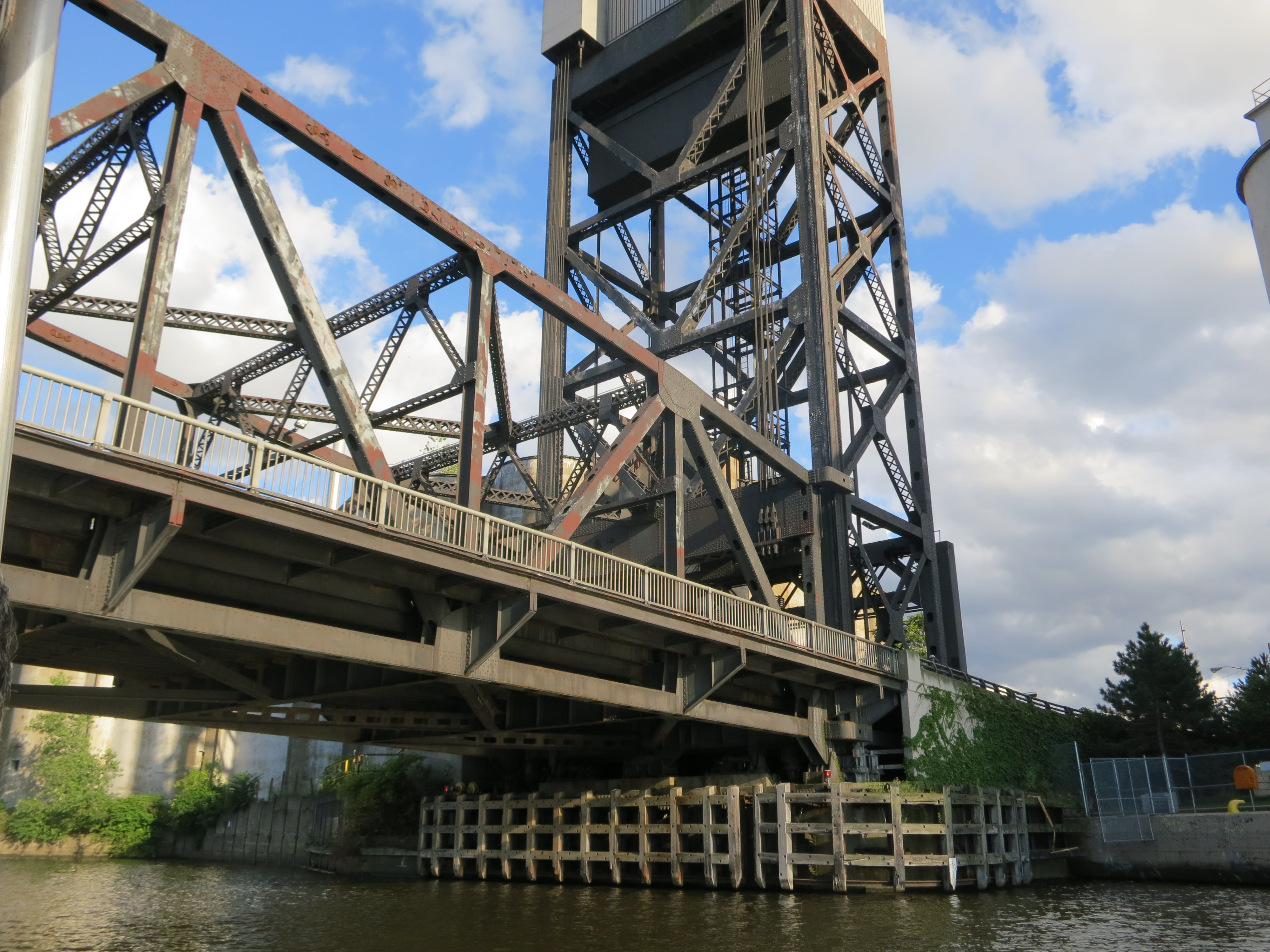 As you go down the river, you see industrial bridges, dilapidated buildings and, jarringly, people kayaking down the river. It’s a juxtaposition against the stark industrial shoreline. Of course, it’s not all industrial. There are some houses along the river as well. It’s quite beautiful.

After about 20 minutes, the boat docks and we are all taken on a tour to see the grain silos. A silo is a tall structure used for storing grain. They also sometimes hold coal or sawdust. The silos that we explore during this tour are all grain silos. Grain can be stored in these silos for 8 to 10 years. Wow! 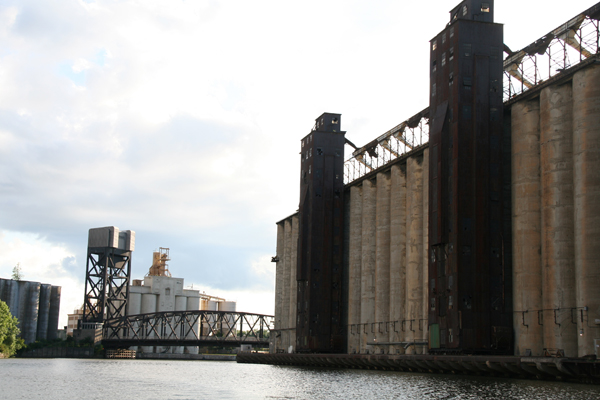 These grain silos were used to store barley. Barley is processed to make malt, and Buffalo is home to one of the largest malting plans in the world. Hardworking immigrants would work for almost nothing to turn the barley into malt.

Joseph Dart constructed the first grain elevator. This wooden structure would have had steam driven scoops that would go down into a ship, scoop up grain and then hoist it up into the silos. You can see an old grain elevator during this tour. The last grain elevator was built in 1954. 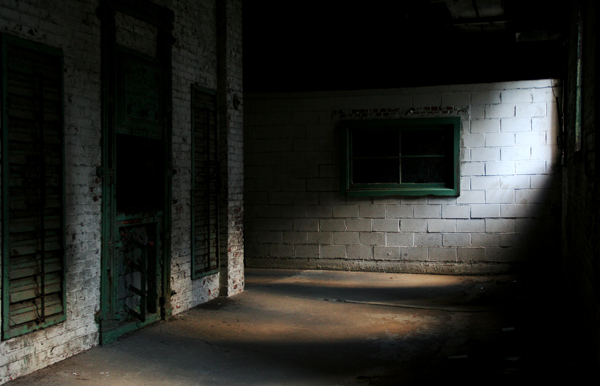 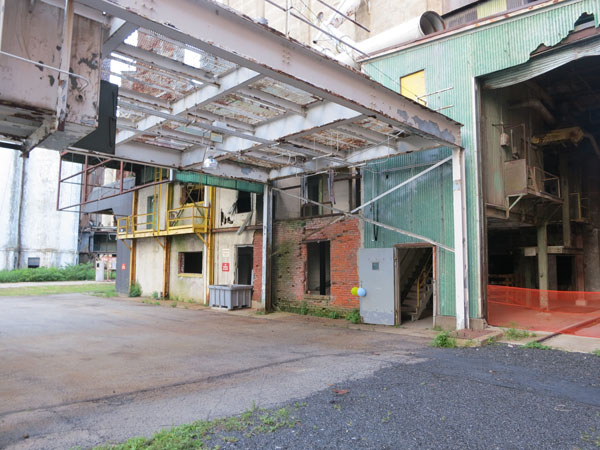 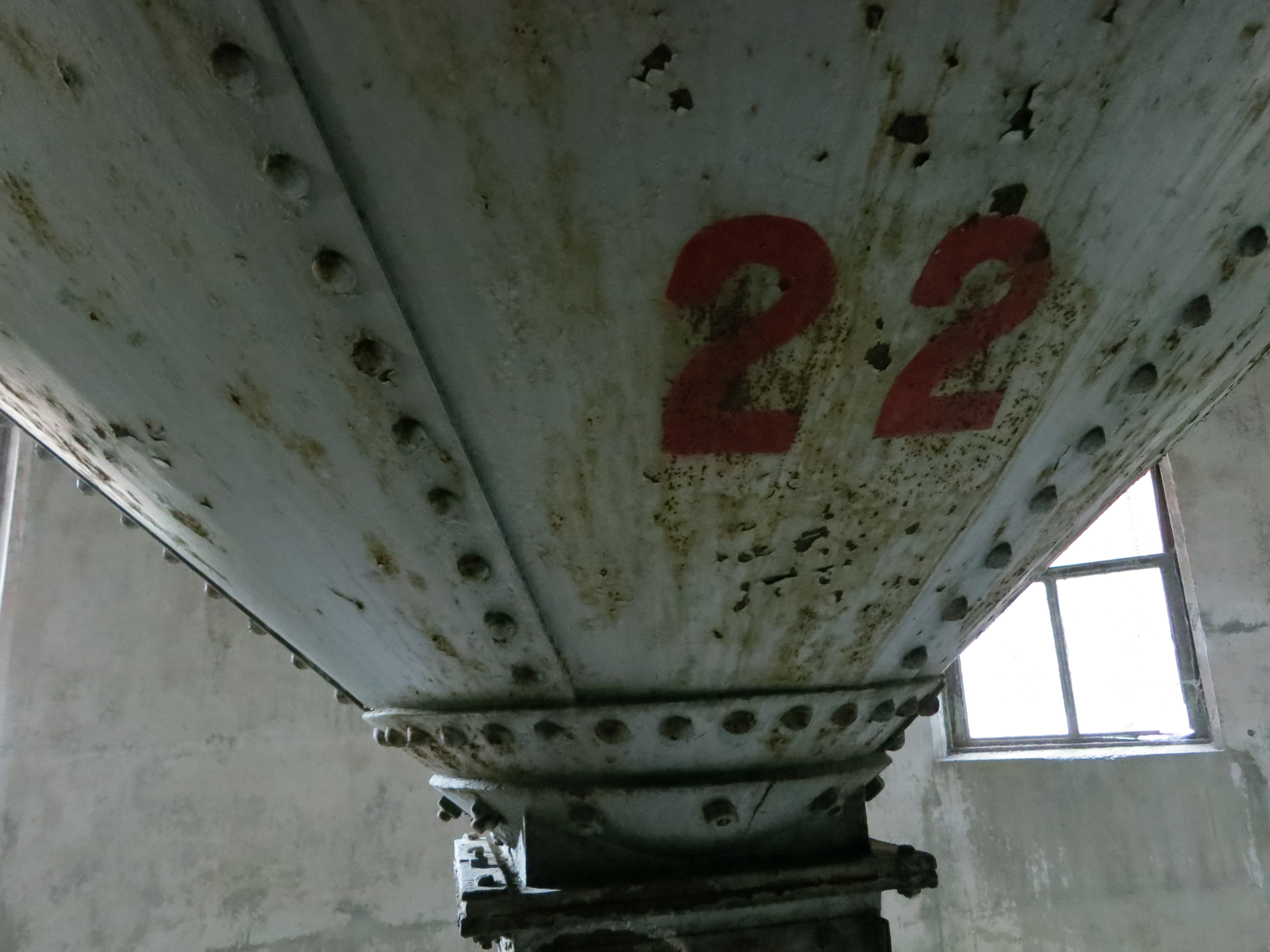 I loved exploring the silos and hearing the history behind them. A lot of the buildings have been abandoned, but a few are in use. It’s very industrial, a little eerie and beautiful. Ric is a very engaging tour guide, passionate about his subject. 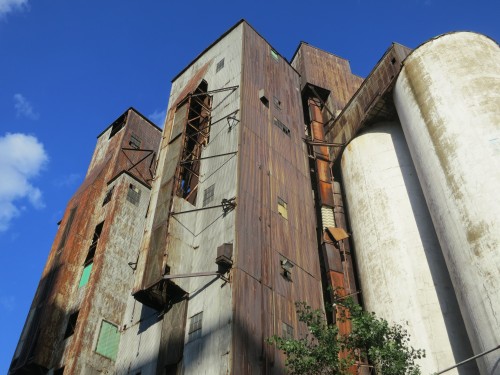 Did you know that a concrete grain silo is at its strongest when it reaches 100 years old? Soon the silos will turn 100, and Buffalo is finding new and interesting ways to re-purpose them. 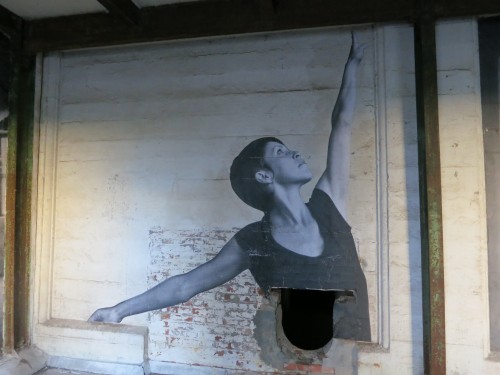 They’ve had art installations, music concerts and now they’ve raised enough money to turn one into a rock climbing wall. I can’t wait to see what ideas they come up with next! Buffalo still has ties to its grain filled past, though. General Mills produces Lucky Charms and Cheerios along the river in their factory. 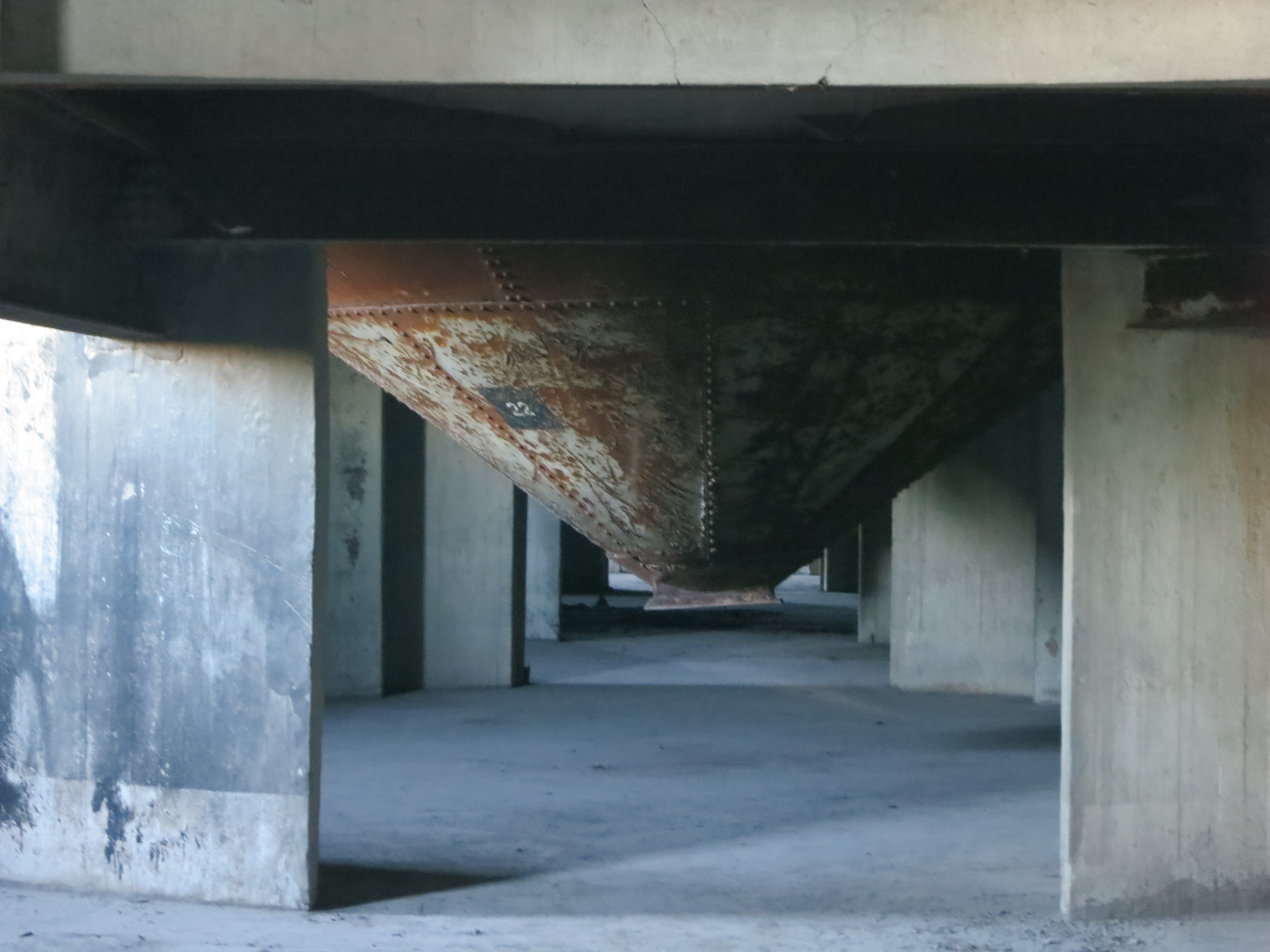 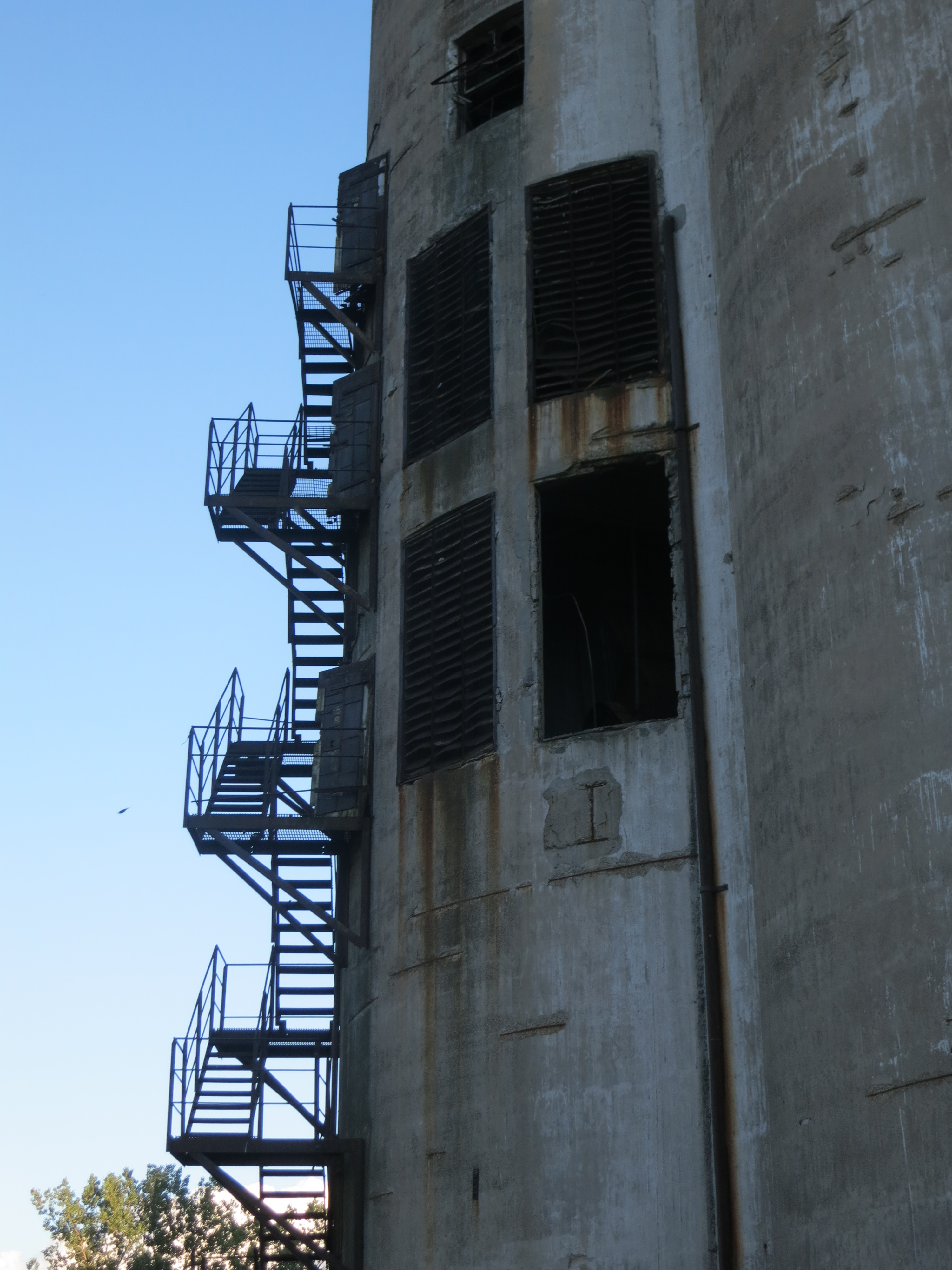 If you love history, architecture and want to see a new side of Buffalo, then you need to go on this tour! Inside Silo City Tours depart daily from Canalside and are 90 minutes long.  Adults are $27 and kids are $17.

3 comments on “Inside Silo City: A Riverboat and Walking Tour in Buffalo”