Food & Books on Film at the TIFF Bell Lightbox 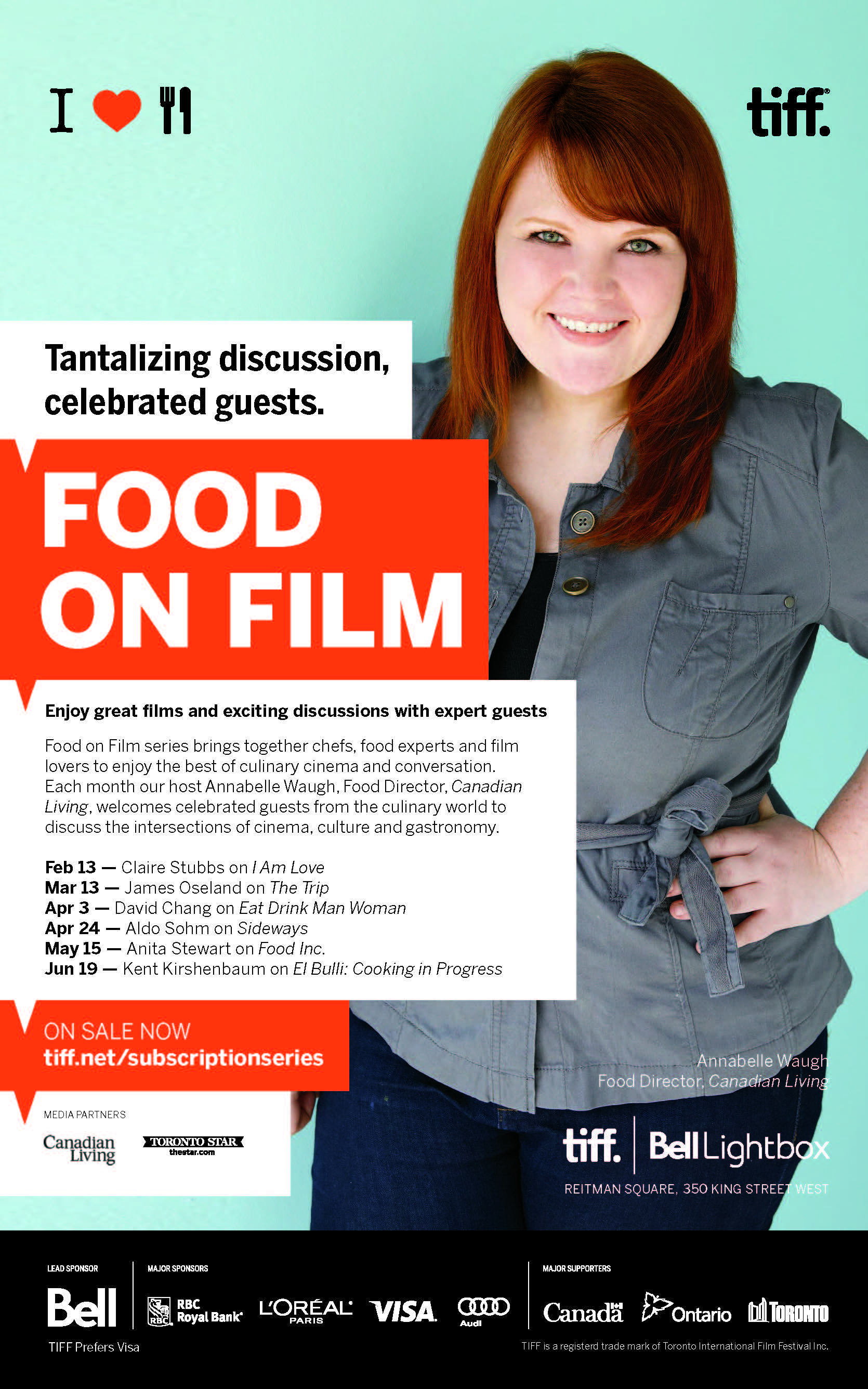 This month, TIFF Bell Lightbox kicks off it’s popular (and oft sold out) Food on Film subscription series. Loose yourself in 6 mouthwatering films and after each film discuss the intersections of cinema, culture and gastronomy with special guests. The event is hosted by Annabelle Waugh, Canadian Living Magazine’s Food Director.

I recommend the film Sideways on Wednesday, April 24 with special speaker Aldo Sohm.

Aldo Sohm, chef sommelier at La Bernardin, takes us into the world of wine appreciation through a discussion of Alexander Payne’s hit comedy-drama about a pair of middle-aged oenophiles who seek solace from romantic distress in the vineyards of California’s Napa Valley.

Not into food? How about brain food? Books on Film also returns this month. A selection of films adapted from books will be screened and discussed afterwards with a selection of film makers, authors and experts. This series is hosted by Eleanor Wachtel from CBC’s Writers and Company.

I recommend Midnight’s Children on Monday, June 24th with the filmmaker himself, Deepa Mehta!

Go and subscribe to the series of your choice! It’s a nice way to get out and experience a night of film once a month!

Picture This! Bask-It-Style Lounge for TIFF