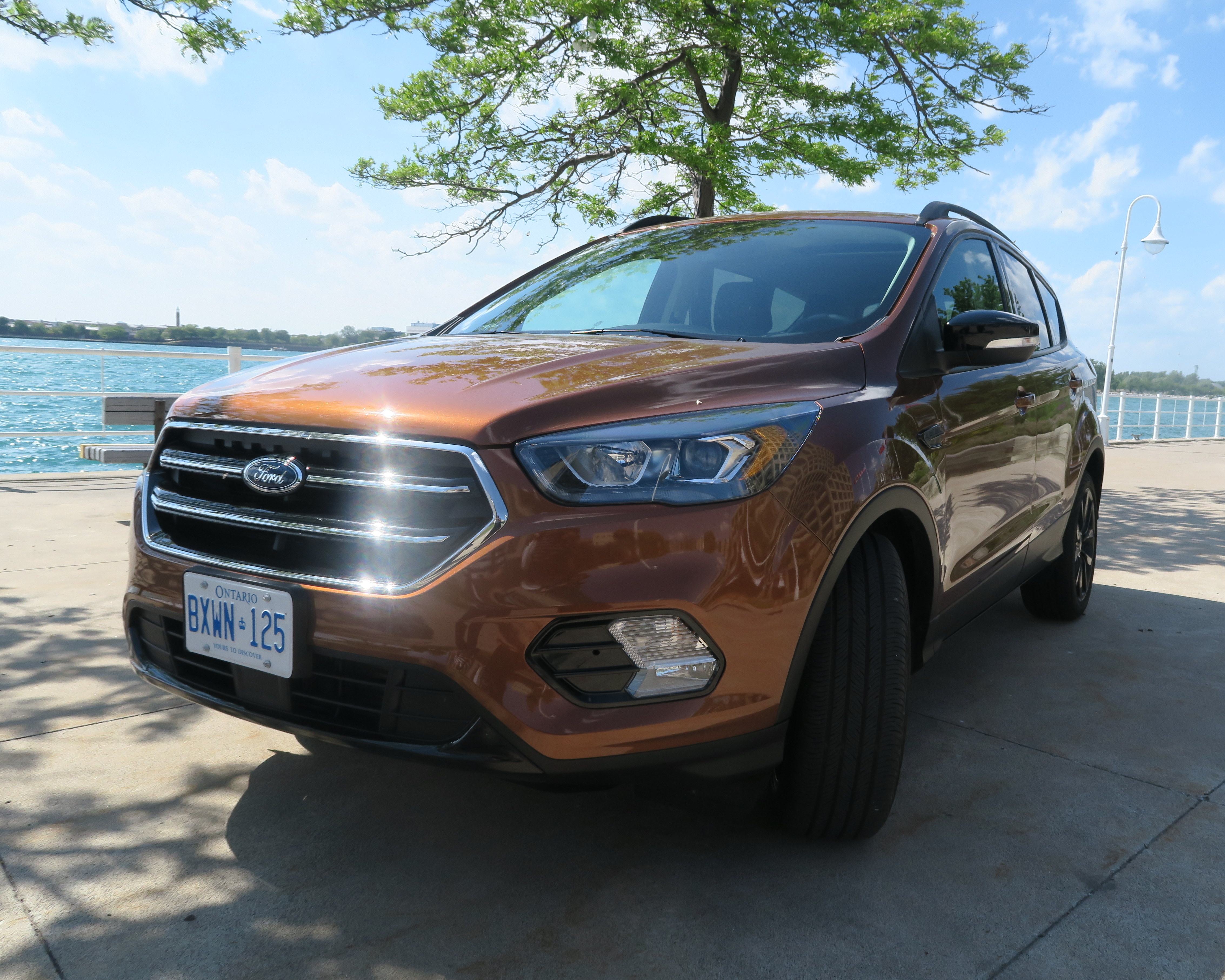 When Ford asks you if you’re free to go on a mysterious weekend escape, what else can you say but yes? Destination? Classified! Ford planned everything perfectly for an amazing adventure that I’ll be thinking about for a long time!

Early Saturday morning, Ford sent a car to pick me up and deliver me to said secret location. The secret location turned out to be a Ford dealership, where we gathered and met with the other influencers that we’d be spending the weekend with!

As they led up to the big reveal, the curtains were thrown open to reveal….not a car! There was nothing behind the curtain except for a table with envelopes with our team names on them. We frantically opened the envelopes and got our first big surprise of the day. Our next method of transportation…would be by plane! We were all split up into different Ontario destinations by group.

My group (Carson from Ford, Alison from Hip Urban Girl and Andrew the Gate) was going to fly to Sarnia and then drive to Owen Sound. I was pretty excited because if you’ve been following this blog (and you have been, haven’t you?) then you’ll know that I love to travel in Ontario, and haven’t been to either Sarnia or Owen Sound yet! Excellent. Other teams headed out to their destinations of Thunder Bay, Ottawa and Sudbury.

After a short flight to Sarnia, we arrived to see some friendly faces and our shiny Ford Escape waiting for us. 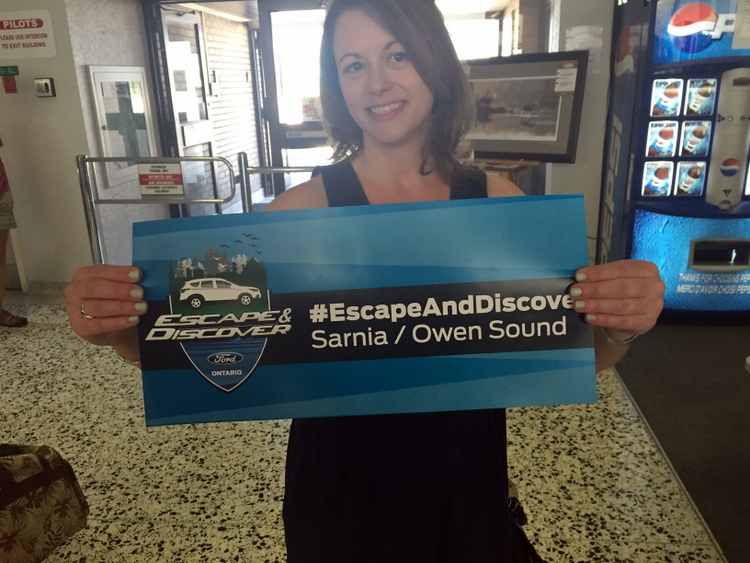 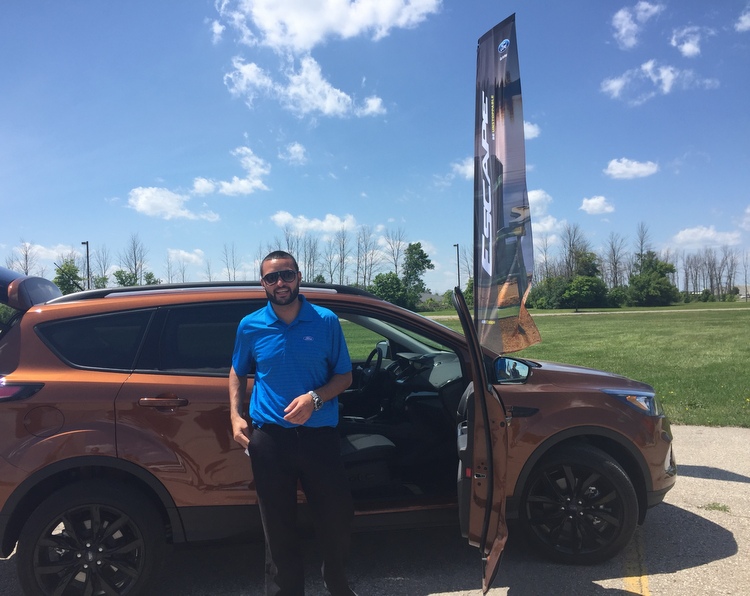 Our 2017 Ford Escape Titanium Edition was ready to go! Our SUV was in the “Canyon” shade and held 5 passengers. 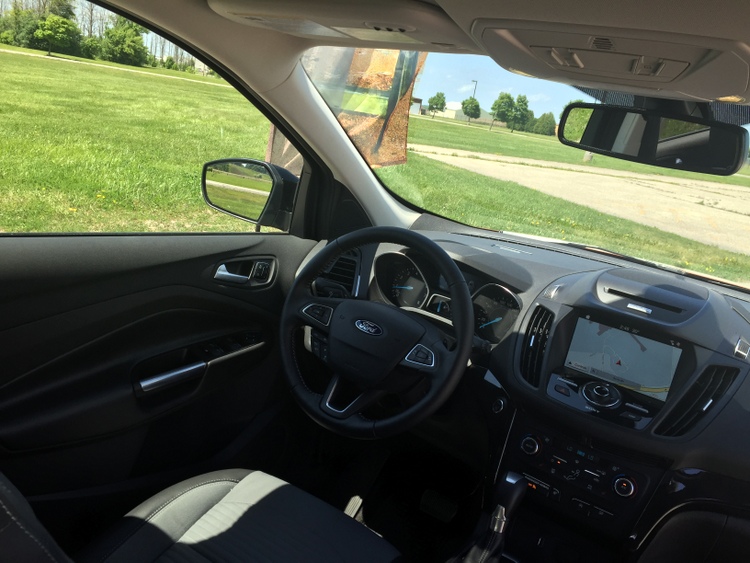 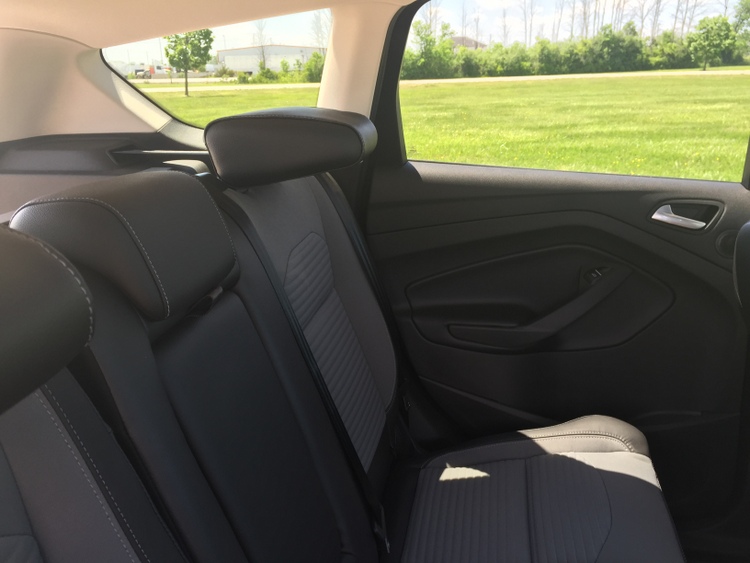 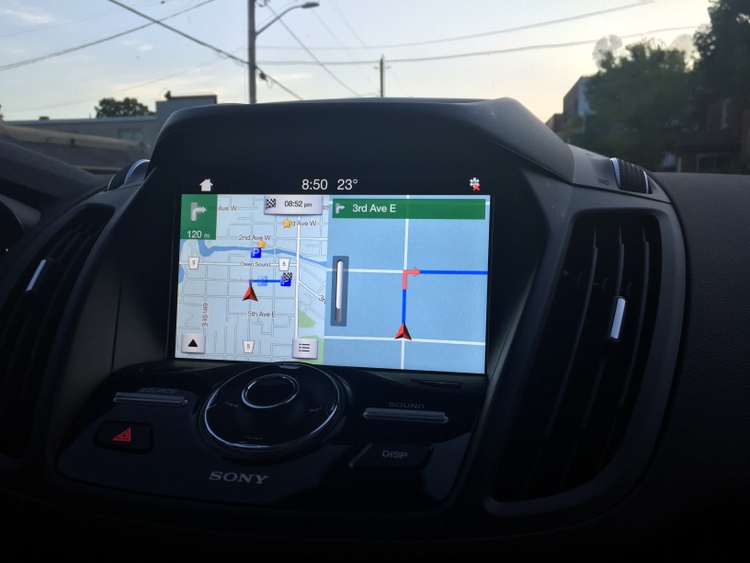 It had a roomy back seats that were comfortable, a built in navigation and SYNC 3 technology. SYNC 3 was handy during our trip. It kept us connected with our phones, music and was able to understand voice commands. For example, if you said “I’m hungry,” it would bring up a list of places to eat. Smart! I also loved how the car had ample USB cables for charging and even an AC plug. The ability to charge your camera battery while driving? Yes please.

After we had checked out the Escape, we hopped in and went to our first destination. In the heart of downtown Sarnia was the Stones and Bones Museum. 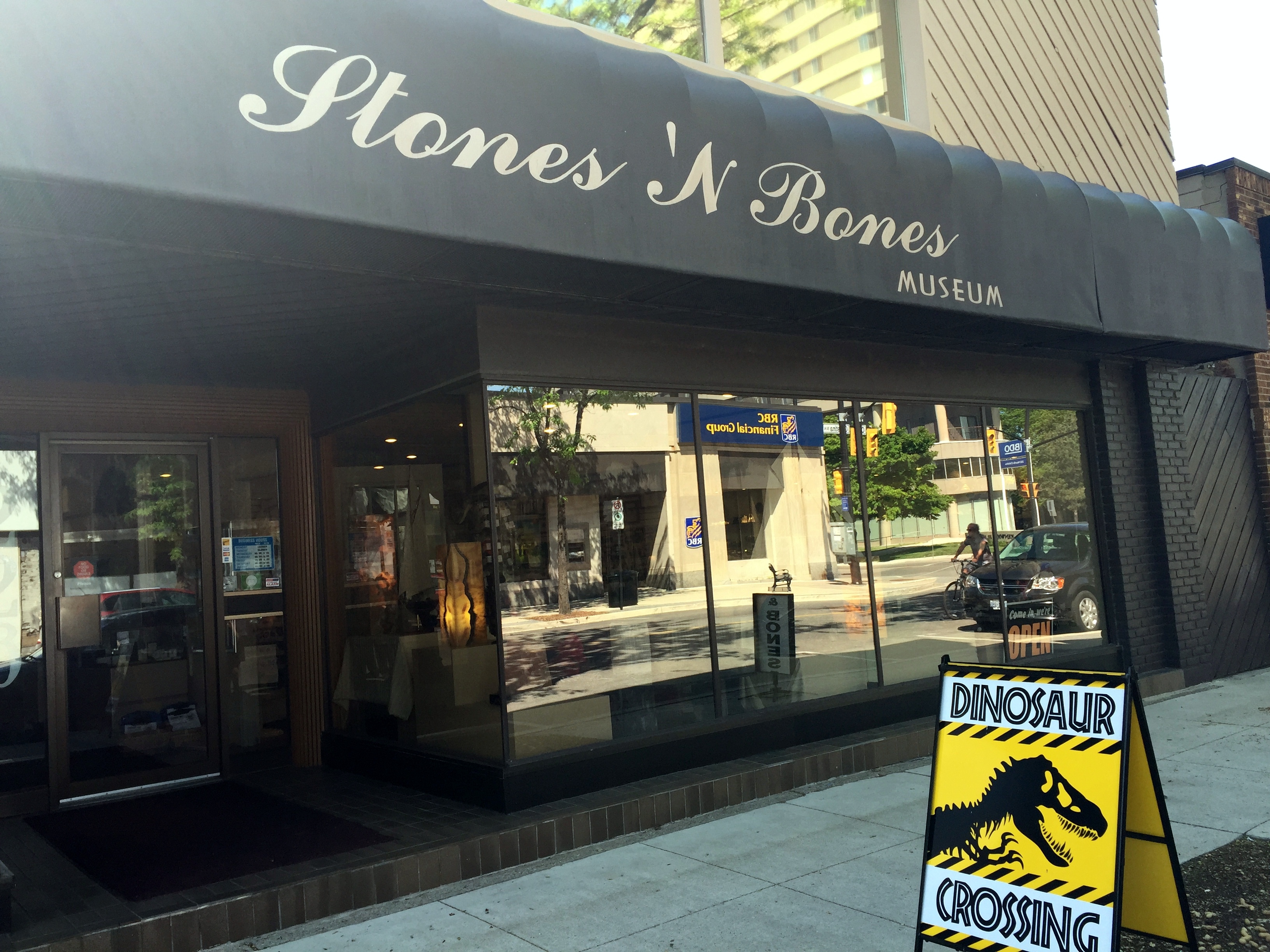 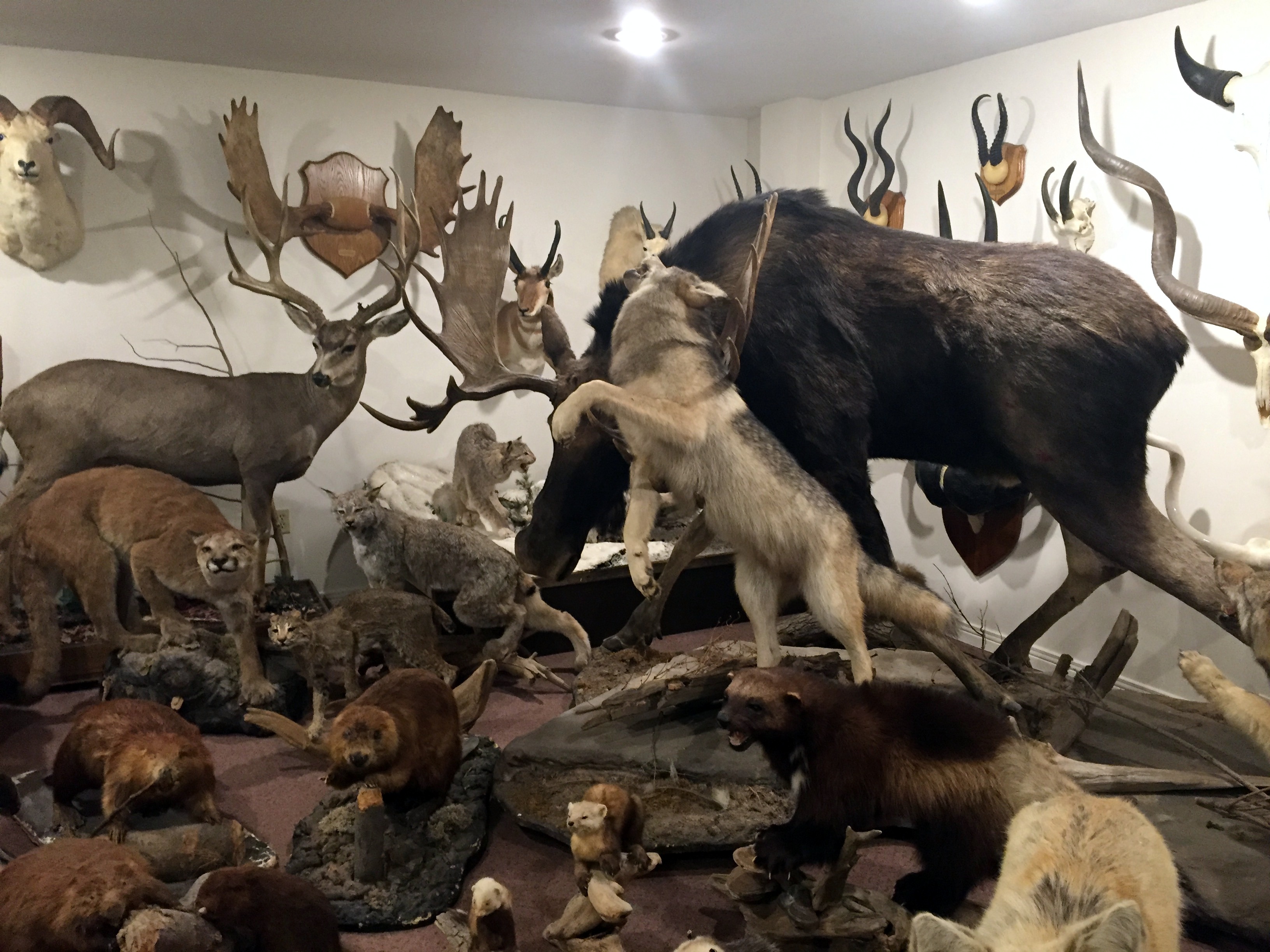 We were actually blown away by the collection! The collection includes dinosaur bones (including a T-Rex skull), taxidermy of various animals like bears and moose, gemstones, shells, crabs, artifacts, rocks, butterflies and so much more. Our tour guide was funny and knowledgeable (did you know that moose antlers only grow during the day?), and we all had a really good time. 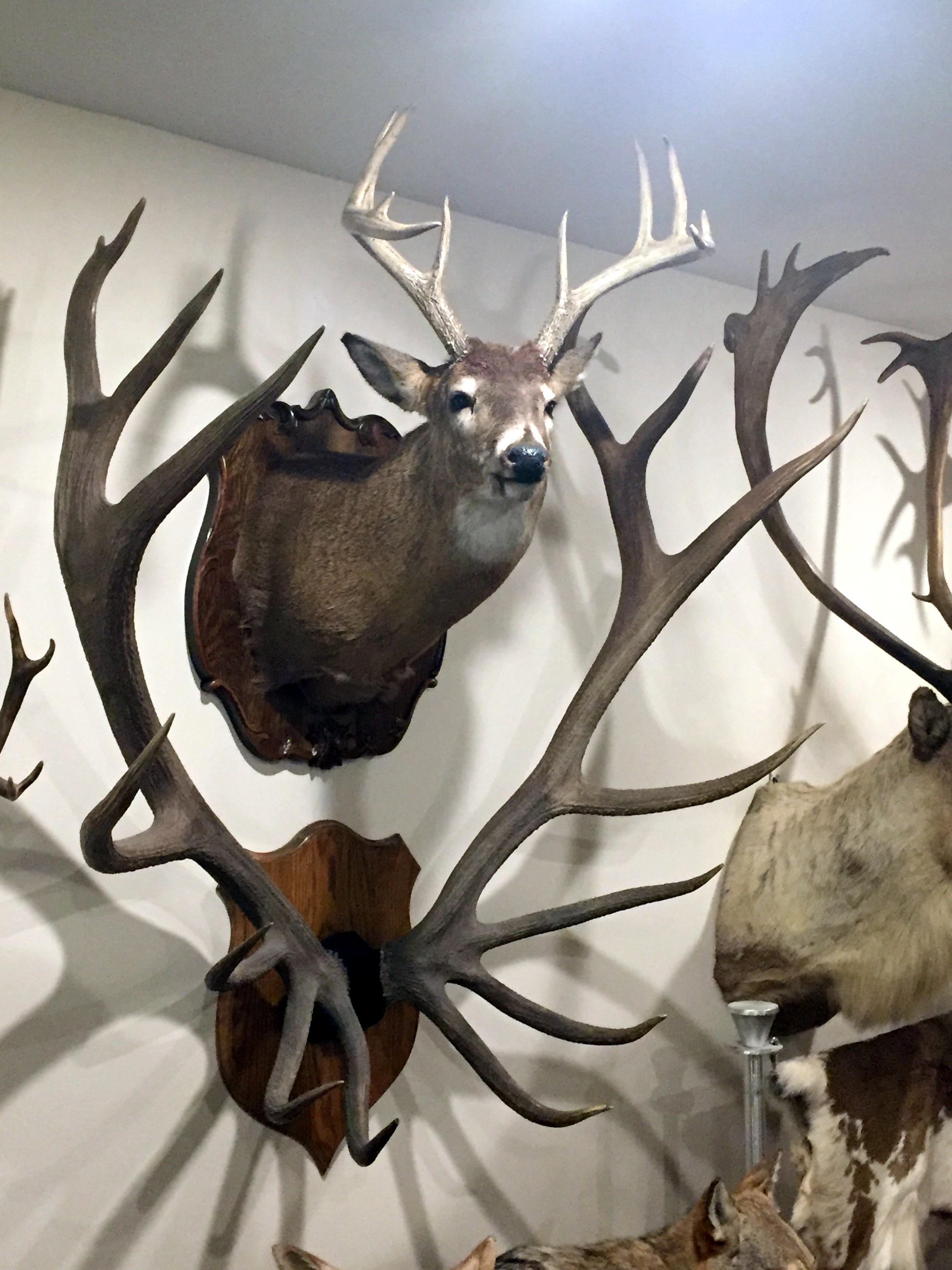 The third largest set of antlers in the world. 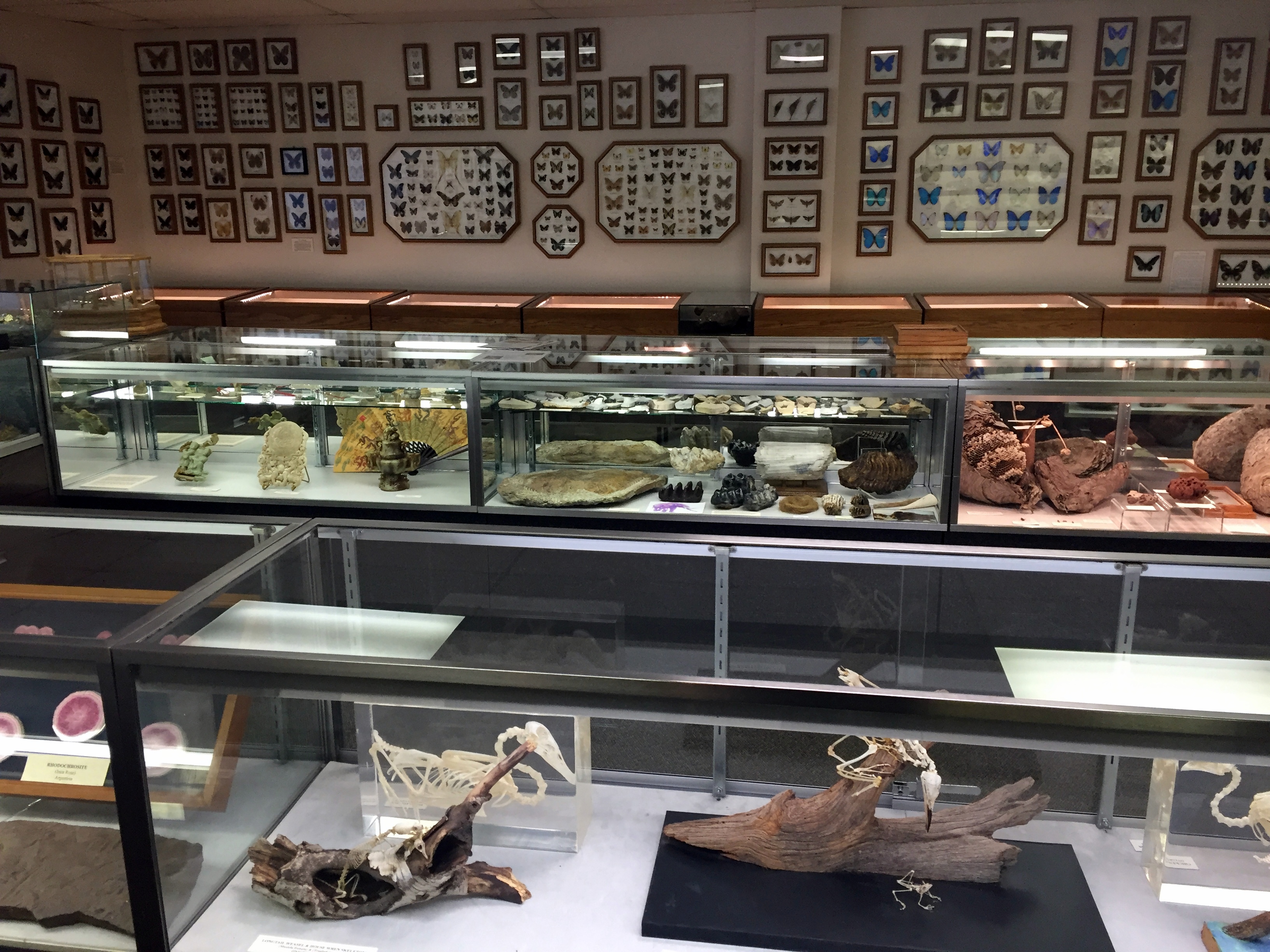 Awesome, right? After that, we popped down to visit the beautiful waterfront. 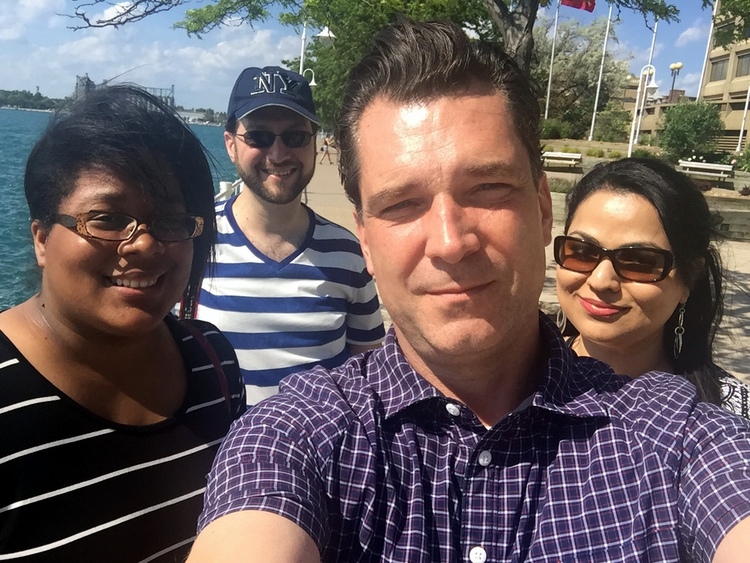 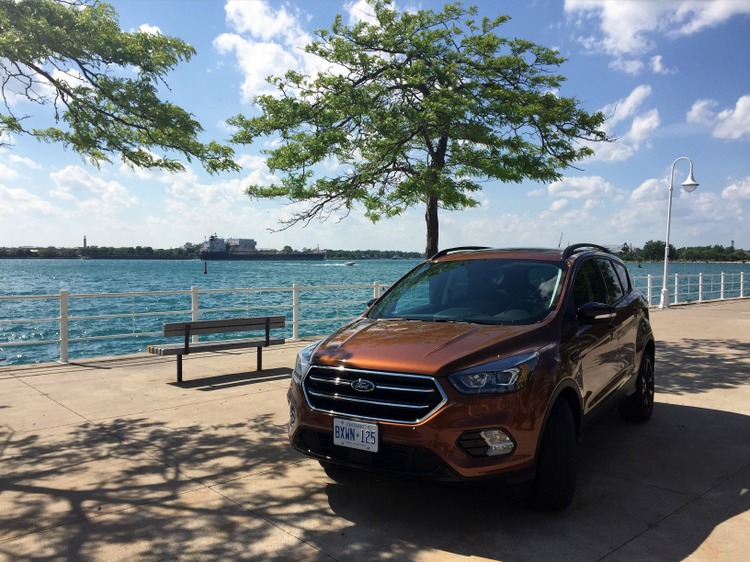 After that, it was time to hit the road and make our way to Owen Sound. 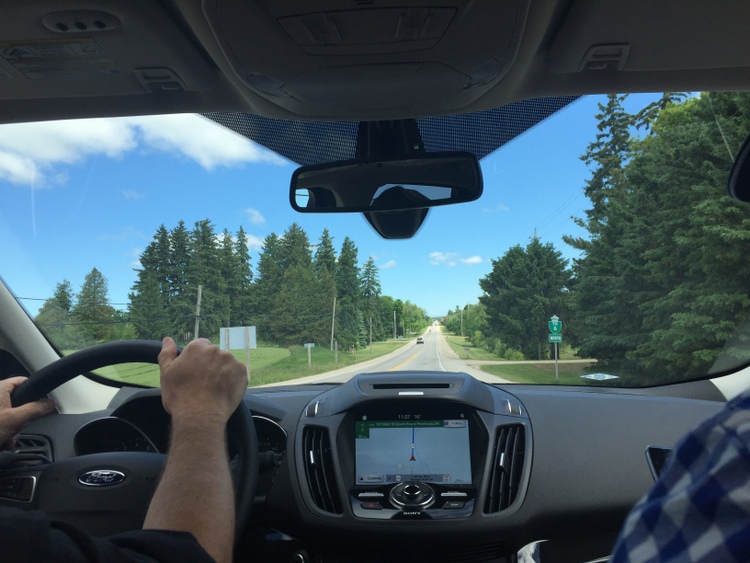 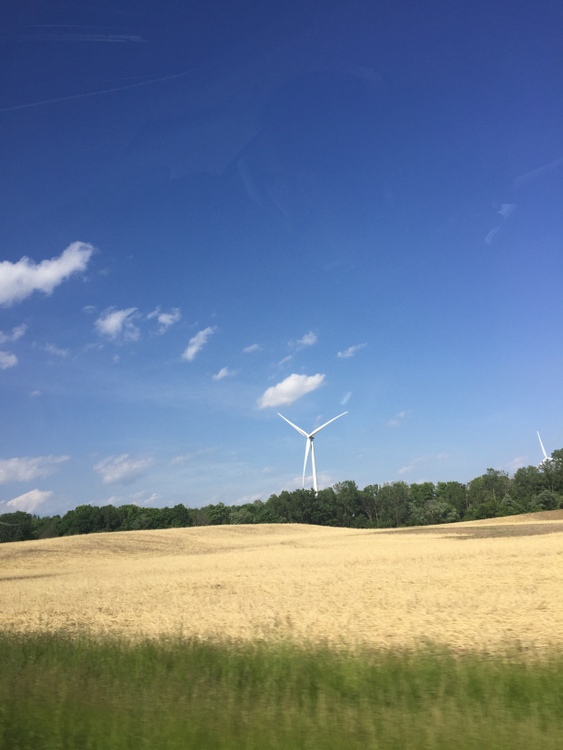 The entire drive was beautiful. Smooth roads, sunny skies and pine trees. There were also lots of windmills. As we were driving, we had the adaptive cruise control feature enabled. As you drive, the car will automatically keep a safe distance for you from the other cars. It was very useful and felt futuristic! 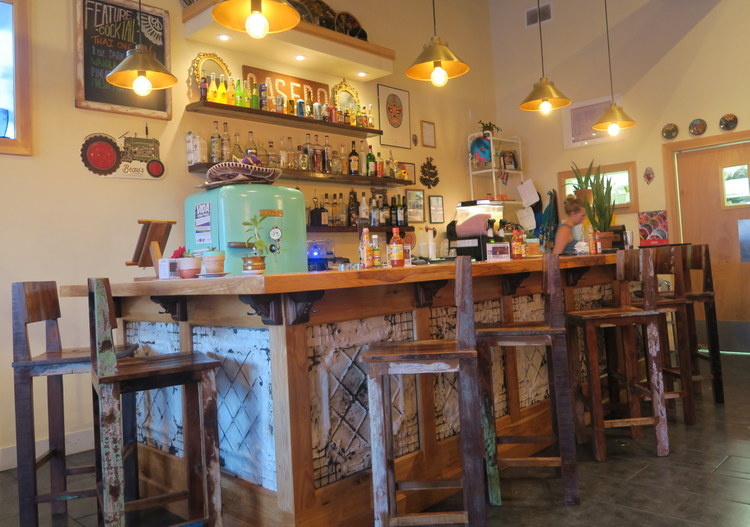 When we arrived in Owen Sound, it was time for dinner. We headed to Casero Kitchen Table. It was such a cool spot with a fun vibe and interesting art on the walls. Casero serves up Mexican food and tasty cocktails. I loved their nachos and guacamole with homemade chips. 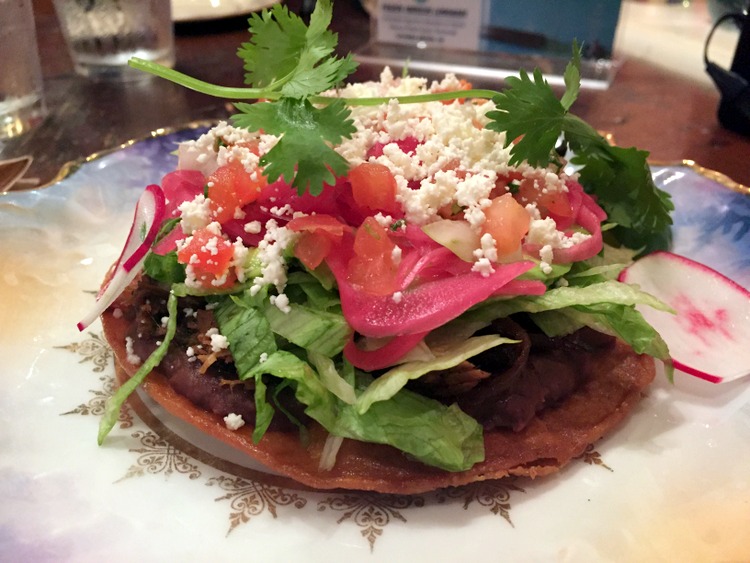 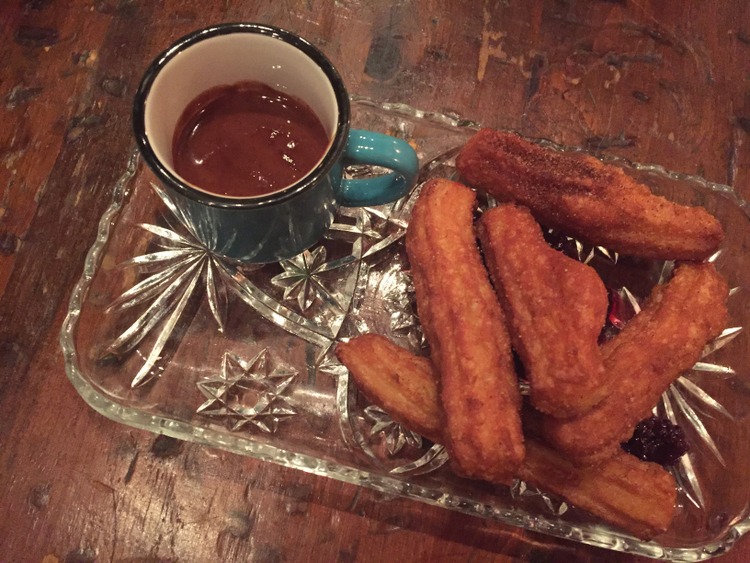 For dessert, the churros were to die for. Mini churros served with an a Mayan chocolate dipping sauce. It was so, so good. I’m ready to drive back to Owen Sound to eat here again! 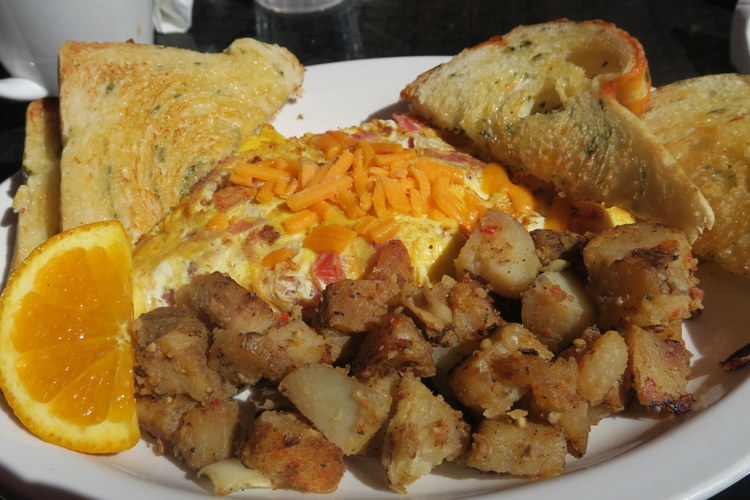 The next morning we had an early start. For breakfast we went to the Dragonfly Cafe. We ate a hearty breakfast on their sunny patio. I was thrilled to find out that the cafe bakes over 30 varieties of bread! I got my hands on a cheddar and chive loaf, and it was heavenly. Breakfast was delicious and affordable. I had an omelette with crispy home fries. 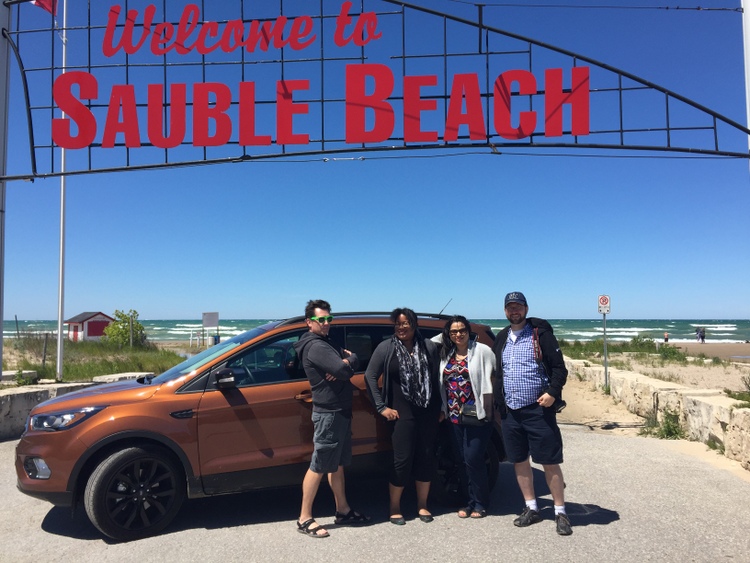 The rest of the morning was spent exploring. We visited Sauble Beach, the second largest freshwater beach in the world! It was quite windy, so we enjoyed the waves from afar. 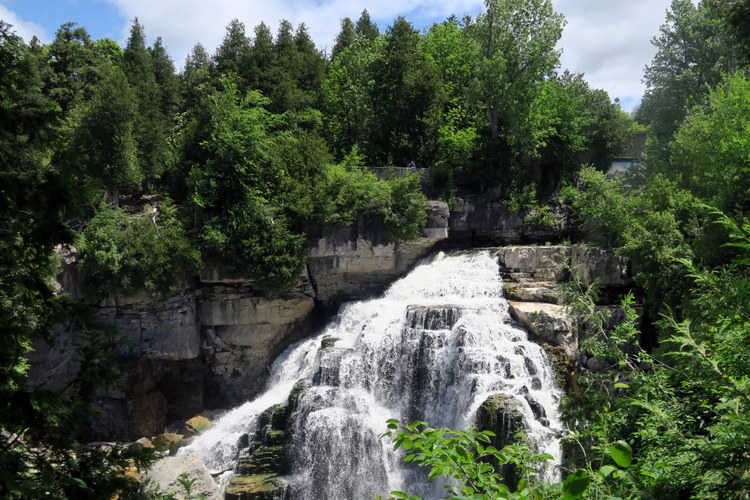 Next, we checked out Inglis falls. So pretty. I love cascading waterfalls.

After that, we headed to the airport to end our adventure. I love to travel, but I can’t say that I love to fly. So, when we pulled into the airport, and it looked like this, I panicked a little. 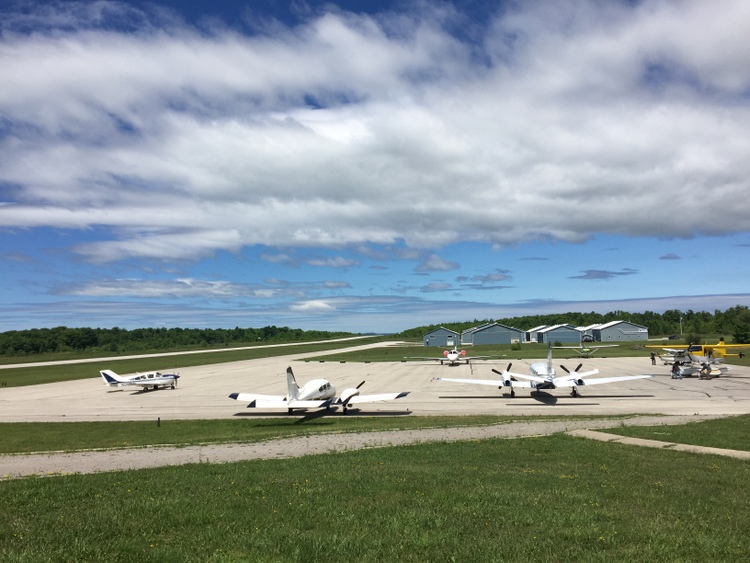 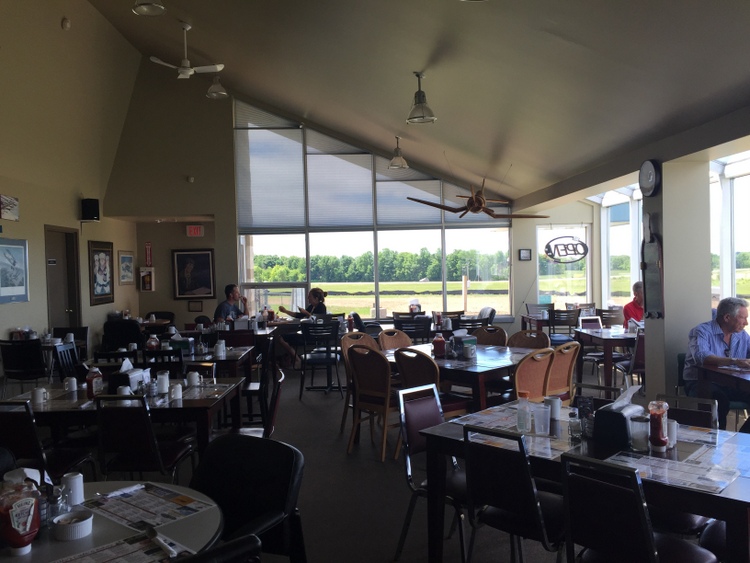 The airport is more restaurant than airport.

We were flying a chartered Cessna plane back to Toronto. It was awesome and we felt like we were VIPs! It’s also the smallest plane I’ve ever flown in. 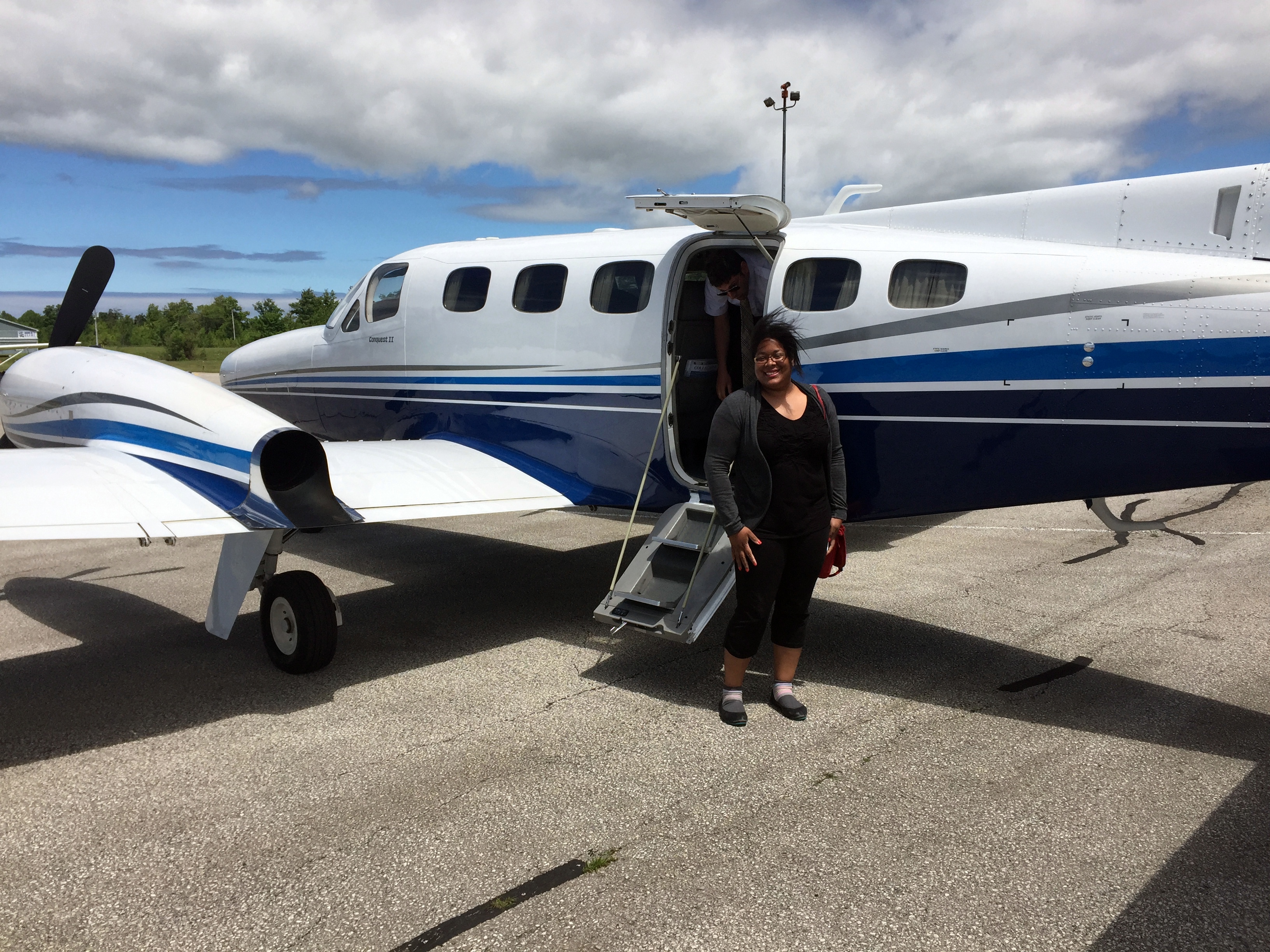 The pilots were lovely and they brought our bags into the plane for us. The plane was incredibly comfortable and we got to leave our data on during the flight! Woo. 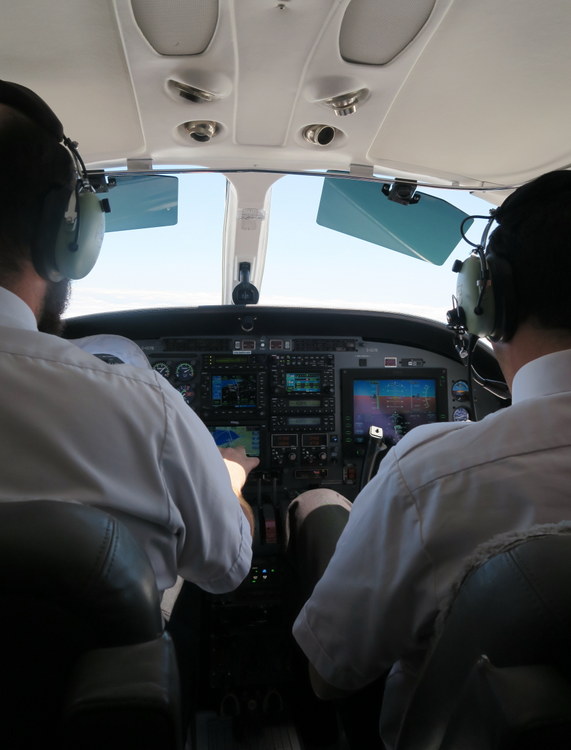 Up close and personal 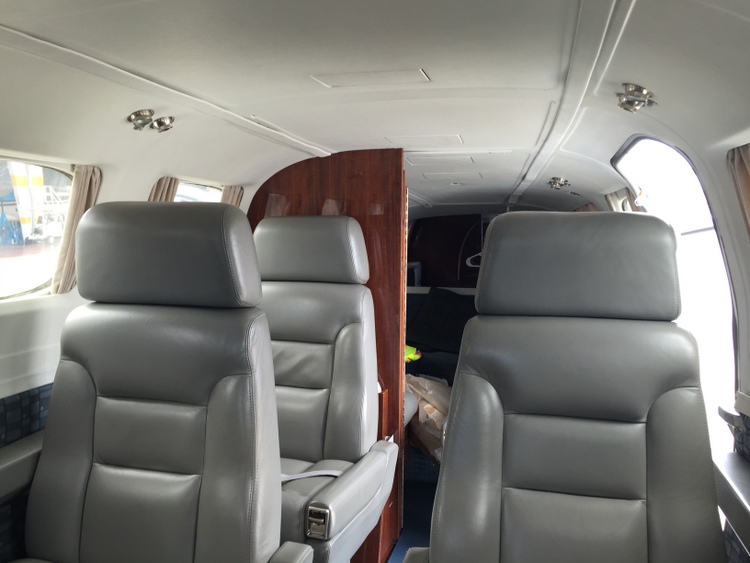 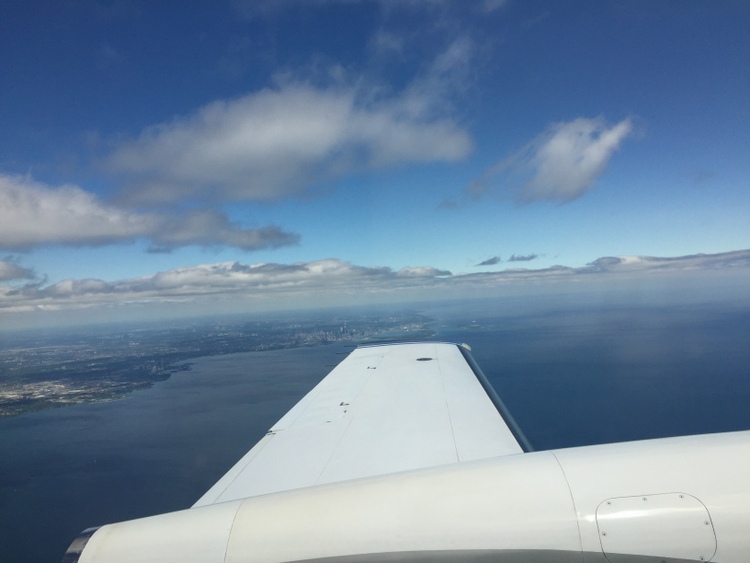 The flight was fast and smooth. Before we knew it, we were touching down in Toronto and the journey was over. From start to finish, this truly was a weekend of escape and discovery! I had such a fantastic time on this trip. 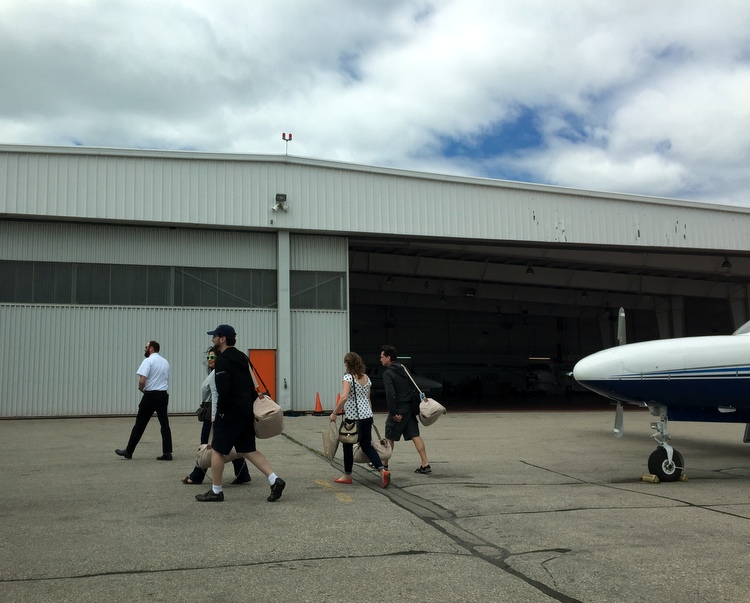