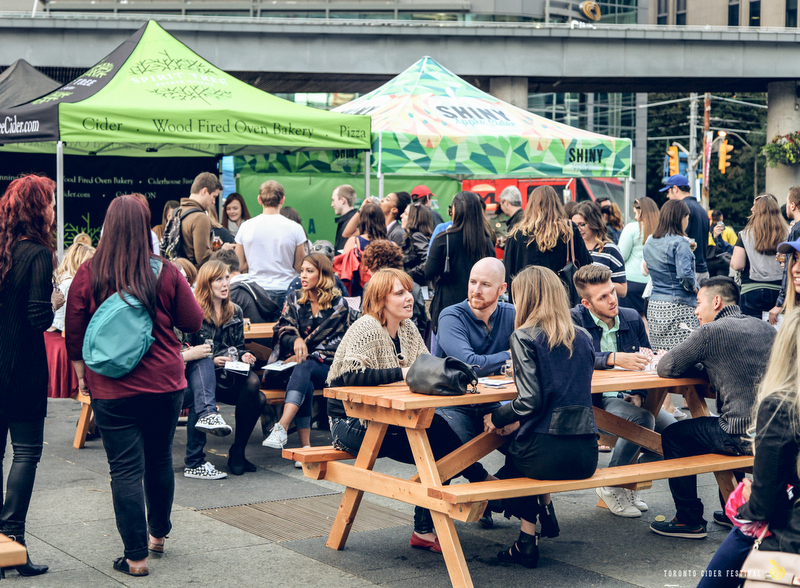 In a couple of weeks, the second annual Toronto Cider Festival rolls into Dundas Square on Saturday August 27, 2016. If you’re a cider lover, you’re not going to want to miss this chance to try over 40 different ciders from 20 different cideries from across Canada and abroad. Last year the festival sold out, so you’re definitely going to want to get your hands on some tickets early.

In the evening, A VIP session takes place; providing exclusive early admission to the evening session, 10 sample tokens and access to a “Food and Cider Pairing” discussion led by Doris Miculan Bradley – a 20-year industry professional and the Canadian Brand Ambassador for The Wines of Vinho Verde.

As a bonus for attendees, this year there will be some pretty awesome contests at the festival.

Magners Ireland Adventure Giveaway Contest: Complete a ballot after purchasing a Magners Cider sample at the Toronto Cider Festival and submit the completed ballot to the Magners Cider Booth for a chance to win a trip for 2 to Ireland

Angry Orchard Instagram Photo Booth Contest: Take a picture in front of the Photo Booth at Toronto Cider Festival and post it on Instagram with hashtag #AngryOrchard and #TOciderfest. The funniest and most creative picture will be selected to win a special prize pack by Angry Orchard

People’s Choice Awards presented by County Cider: Visit the 19 cider booths and pick the one you love most. Then text a designated number with the booth number that had you’re favourite cider for a chance to win an awesome prize pack from The County Cider Company.

If all of those contests aren’t enough for you…I’m also having a contest of my own! One lucky winner will win passes to attend the afternoon session of the Toronto Cider Festival with a friend. Enter below!

12 Days of Giveaways: QUO by Orly

Dinner at SCADDABUSH in Scarborough