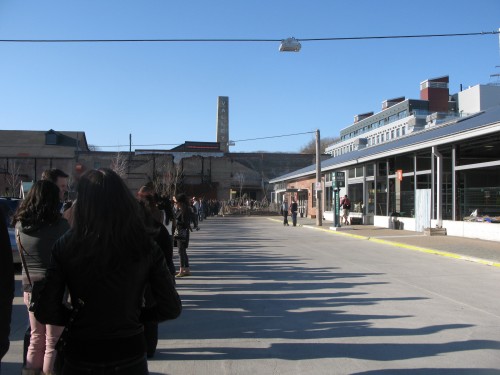 The line to get into the April edition of the Toronto Underground Market was looong. “Wow,” my friend remarked to me, “I think word got out.” I don’t think that this market could really be considered “underground” anymore, but as a movement it still very much is. The line moved quickly and we were in by 6:30. 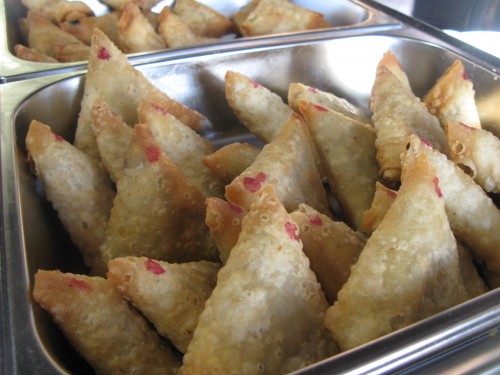 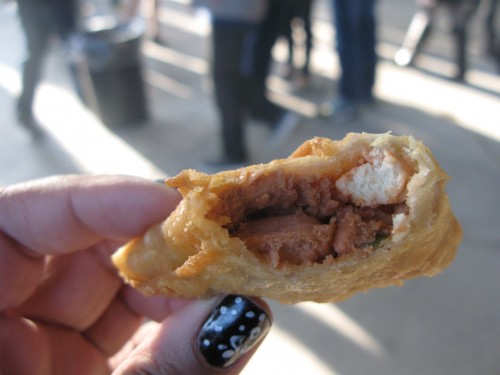 I started off with Mama Nashi’s super delicious samosas. ($2 of 3 for $5) The chicken tikka is my favourite! I love that they use white meat, and that the chicken isn’t ground. The flavour is also fantastic. 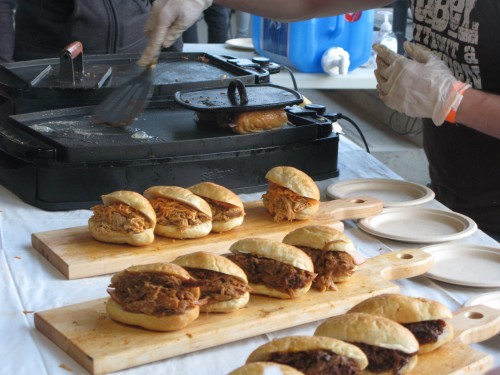 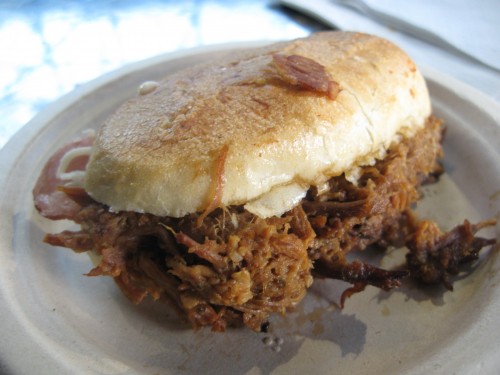 Next up was Fidel Gastro’s Extremo Sandwiches. I bit into a $5 Havana Club stuffed with pulled pork, ham and cheese. The pork was sweet and smokey, and the bread was really good, soft and a bit crispy. 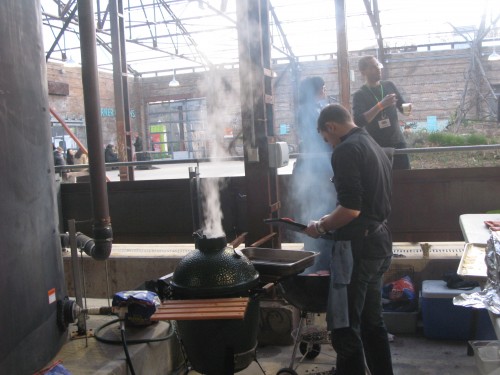 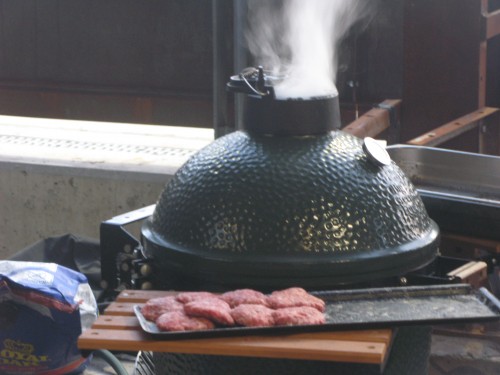 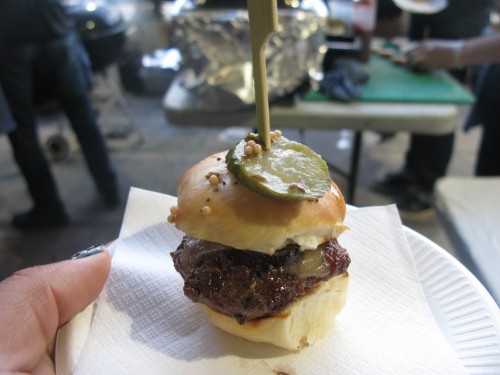 I had heard good things about West Side Beef Co’s sliders ($4) (and had enjoyed a sandwich previously) so I gave it a go. They were forming the patties from fresh ground beef right there at the booth. Each burger was topped with a pickle, onion jam and and cheese. I liked this, but it wasn’t my favourite because it was too pink in the middle for me. 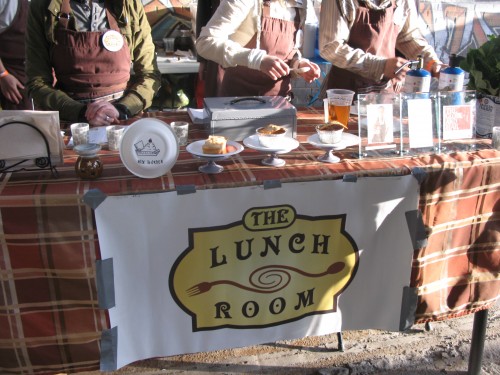 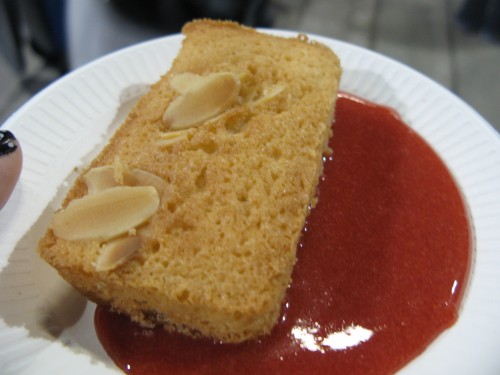 The Lunch Room was doing some pretty awesome stuff at their booth (blow-torching creme burlee!) so I decided to try the brown butter almond financier served with strawberry mint sauce. The financier was light a moist, with a nice almond flavour but the strawberry mint sauce was forgettable. Maybe if they served it warm?

The Toronto Underground Market happens once a month. Tickets are $10 and can be bought at the doors of the event at 9pm. In May they are doing a street festival!