A Night At The Bronze: Once More With Feeling – A Buffy the Vampire Slayer Live Read-Through 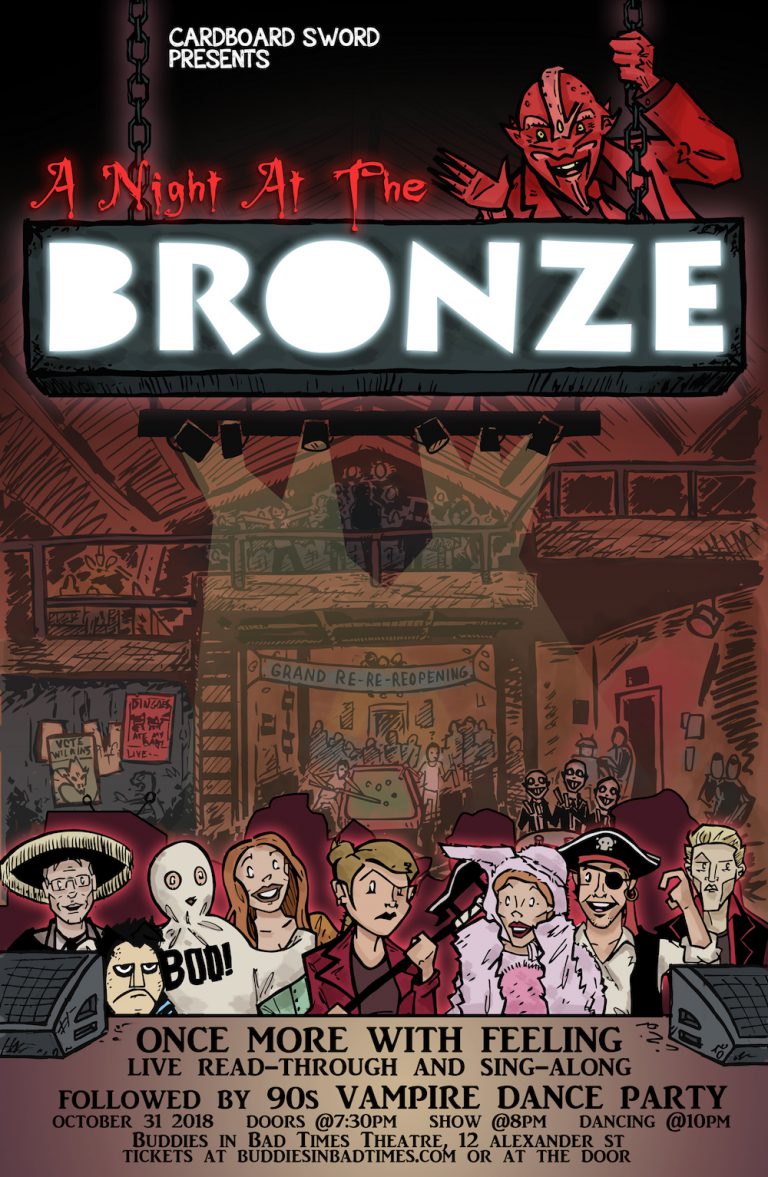 Buffy the Vampire Slayer is one of my favourite TV shows of all time. (In case you are wondering, I’m team Spike.) I’m super excited that “A Night at the Bronze, Once More with Feeling” is coming to Toronto for one night only, on Halloween! This fun night has been brought to us by the Cardboard Sword Collective, founded by Kyah Green and Stephanie Malek, a Toronto-based theatre company. Find out more below.

Things in Sunnydale aren’t as harmonious as usual. Balance has been thrown off kilter when a mysterious force makes everyone in town burst into song and dance, revealing their deepest secrets as they do. It’s up to Buffy and the gang to get to the bottom of this musical mystery before everyone dances themselves to death.

The cast of A Night At The Bronze will read and sing-through the entire episode of Once More With Feeling, followed by a 90s vampire dance party, so the fun never ends. Lyrics will be provided so audience members can sing along with this satirical performance of the cult classic.

Get Outside Day is July 15th

Eat, Shop & Be Merry at Christmas Markets in Toronto