If you’ve read the type of mascaras I’ve reviewed before, you’ll know that voluminous mascaras are my favourite, and L’Oreal Lash Paradise and the new Superstar XFiber Mascara are no exception! Since both of these products are fairly new, I thought I would do a joint review of the two mascaras. 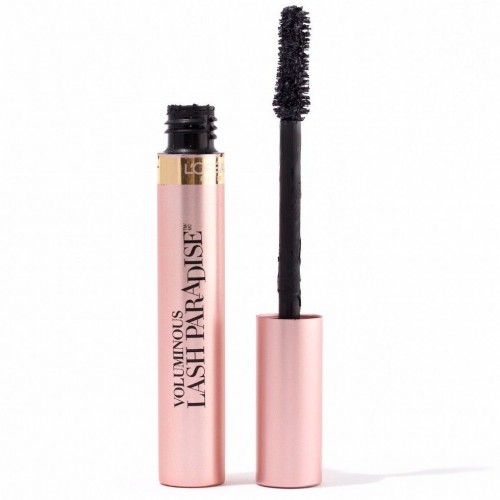 Lash Paradise’s is one of L’Oreal’s most popular mascaras in recent months. The formula is very wet, with a dense brush great for building up as many coats of volume as you like (I usually go for 2 although just 1 coat gives great length and volume) without flaking. The densely packaged brush has 200+ bristles for a full fringe effect leaving you with fanned out voluminous lashes! The packaging is similar to Too Faced Better than Sex Mascara with pink and gold details, and the brush is also similar, but they both have their difference, for example, I would say this formula is wetter which allows for more volume.

L’Oreal’s newest mascara to join the family is Superstar X Fibre mascara. L’Oreal brought back the 2 step mascara, best for achieving a glamorous false lash look. The great thing about this mascara is that the primer, and fibers side are both black formulas, instead of your traditional white mascara primer, which can make it harder for application. It’s as easy as two steps: Step one, coat your lashes with the lash primer, and step two coat lashes with fibers for extreme length.

The Fibres brush has 20x the fibers in a cream formula for giant lashes! When putting both of these products to the test, My favourite side of the mascara was of course the side with fibers. I would say that you could even put 3 coats on top to build volume.

Michelle is a beauty addict and photographer. See her work at www.michnoon.com

The Quo Holiday Collection & a contest!