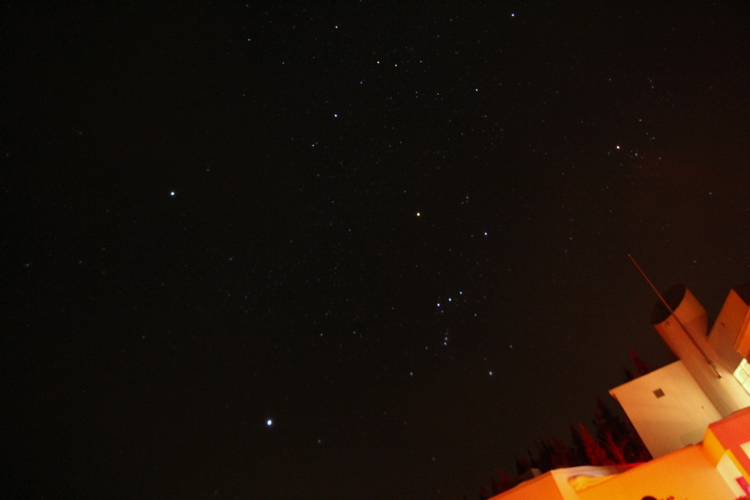 I have a very specific list of goals that I want to complete before I turn 30. Some are possibly unattainable. Others come together in very serendipitous ways. This is one of them.
I’ve been obsessed with going to the Dark Sky Reserve in Quebec ever since I came across it many years ago. I love the night sky, so the idea of going to a place with little to light pollution was very exciting to me!

The Mont-Mégantic Observatory in Quebec was officially declared a Dark Sky Reserve in 2007. Canada actually has 6 Dark Sky Preserve Areas, making it the country with the most in the world. Go Canada!

The Dark Sky Preserve is in beautiful Mont-Mégantic National Park. When we were visiting, there was a Torch Light snowshoeing package that seemed like the perfect chance to see both the stars and to experience the park. As someone who hasn’t been snowshoeing since grade 8, I was a little nervous. The hike is self guided, but there are torches to light your way.

When we arrived, I decided to grab (wimp out?) crampons instead of snowshoes to make it easier. The crampons are metal spikes that you can strap onto your boots so that you can walk on ice. It was my first time wearing them, and I basically love them now. 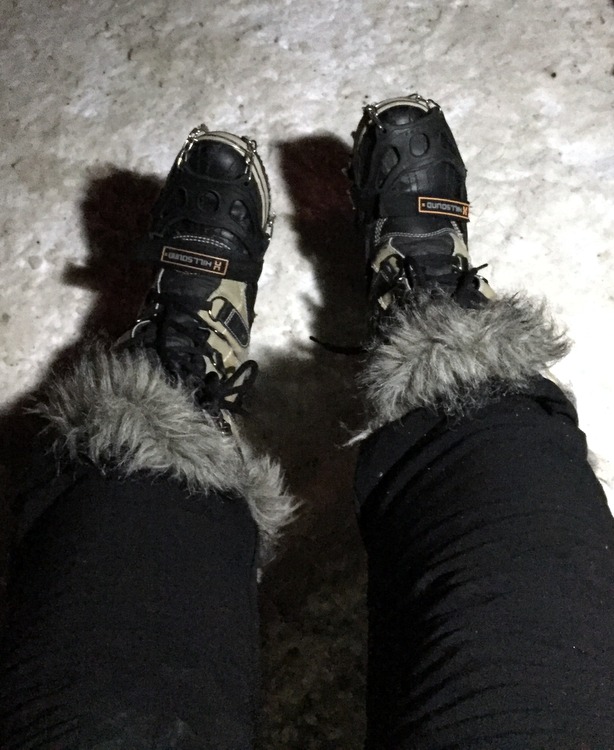 I was under the impression that we would all be going together in a group, but that wasn’t the case. It was a self guided hike, lit by these guys: 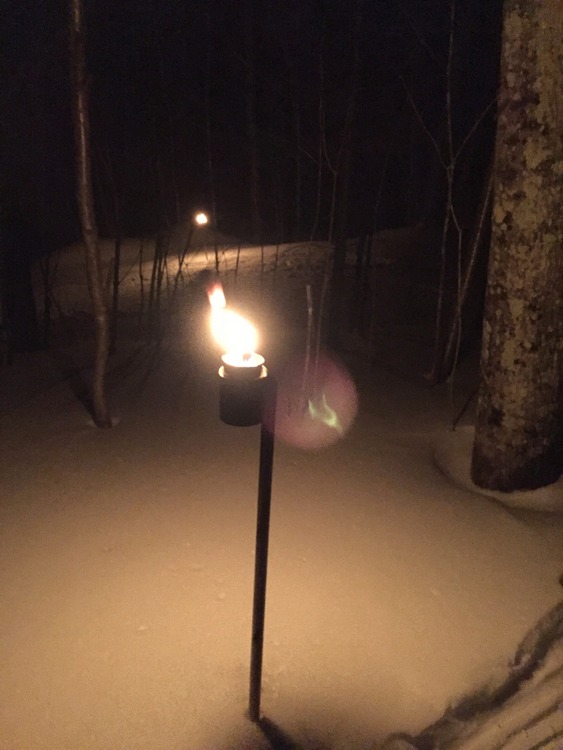 It was equal parts romantic, and equal parts terrifying (for this city girl.). As we walked into the forest, it was incredibly dark except for the torch light. And then I glanced up. The stars were breathtaking. I’ve never seen stars so clear and bright. It was beautiful, and we felt like the only people in the forest. 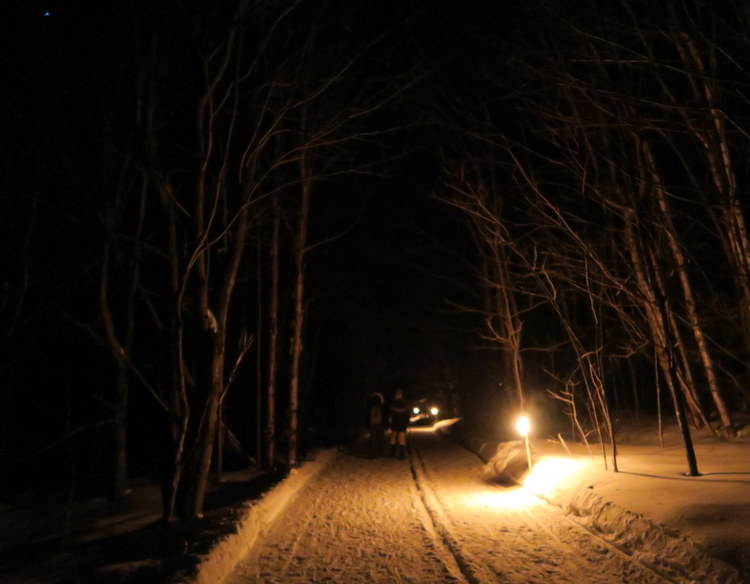 Occasionally, as we walked, we would see some people a head of us, but the for most part it’s just you and winding paths in the woods. (Don’t venture off the path because you may or may not fall into hip deep snow. Just sayin’.) The trail loops around and is fairly easy. It’s an uphill hike in the beginning, but then tapers off. It’s suitable for all age levels, and we saw couples and families with young children enjoying the walk. 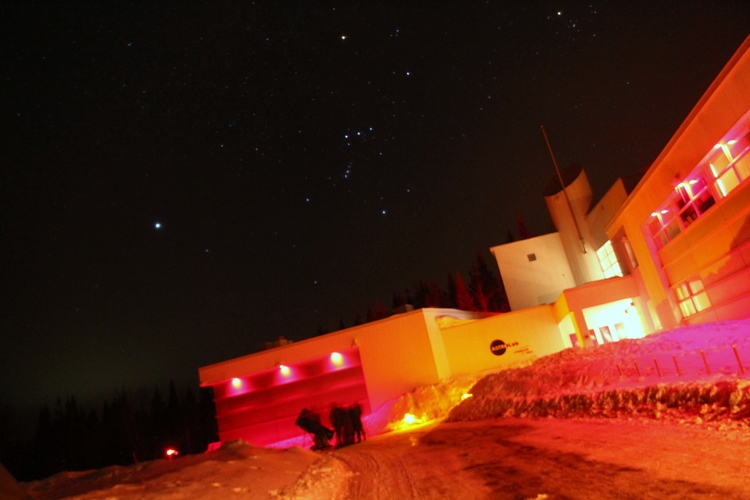 Once we emerged from the woods, to our extreme disappointment, the sky had become cloudy. All of those brilliant stars were gone. This is why I don’t have any photos- we had planned to take pictures after. I was really grateful that we were able to experience the beauty of the stars in the beginning. 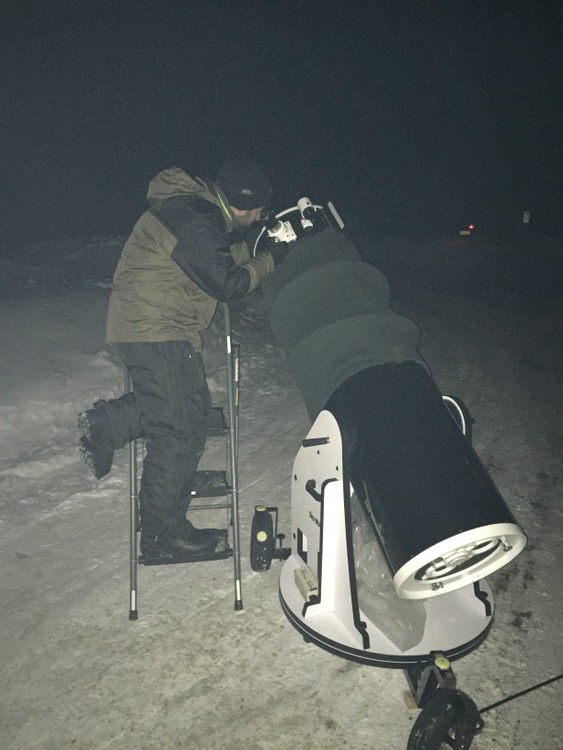 After, we were able to look through a powerful telescope at Saturn, which was pretty cool. Then, we all headed into the visitors centre for the 9 p.m. astronomy evening at ASTROLab. We watched a beautiful video showing a timelapse of the night sky at the preserve. The lecture was in French, and I tried to follow along.

The observatory itself is actually on the summit of Mont Mégantic, and is not accessible in the winter. The observatory houses second largest telescope in Eastern Canada. (Toronto has the biggest one.) We plan to visit again in the summer time and head up to check out the observatory itself! If you love nature and stargazing, then you need to visit! 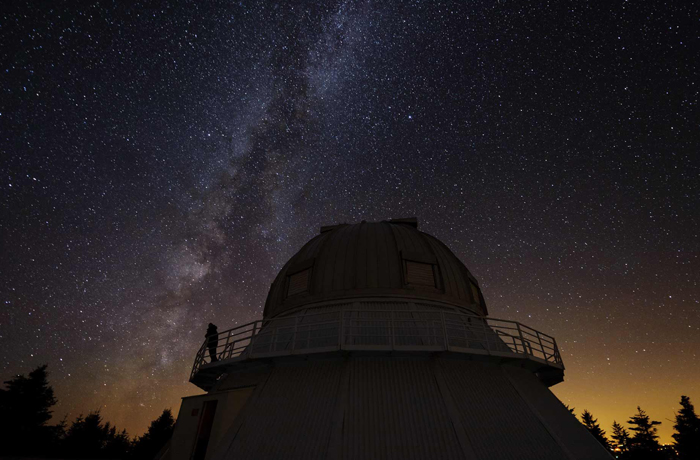 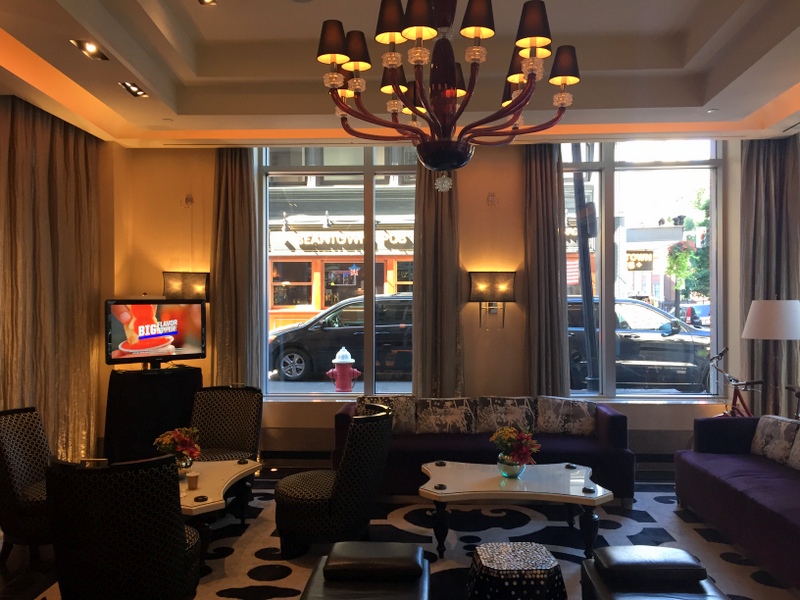 Checking into the Kimpton Nine Zero in Boston

Europe on the Brain 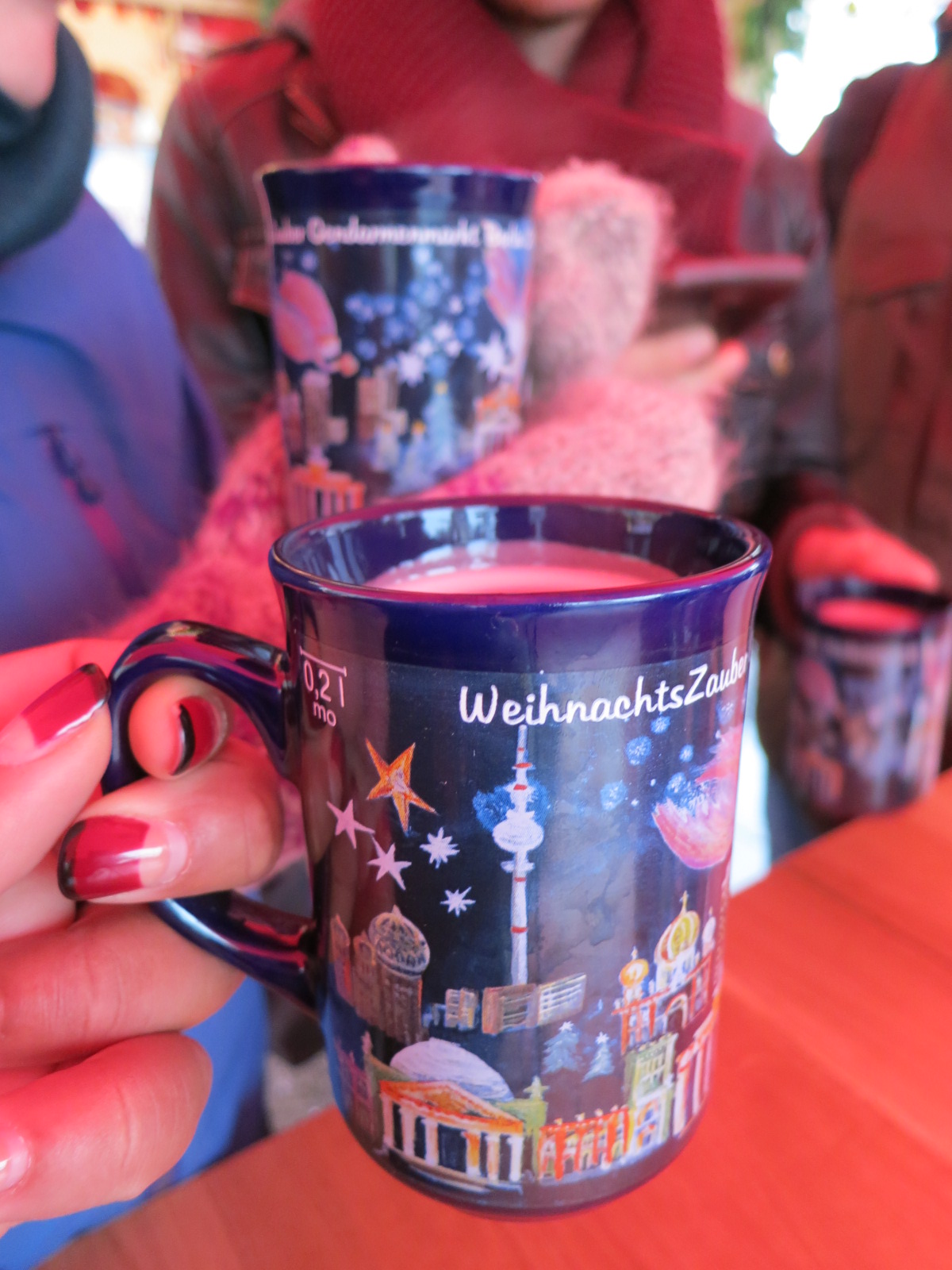